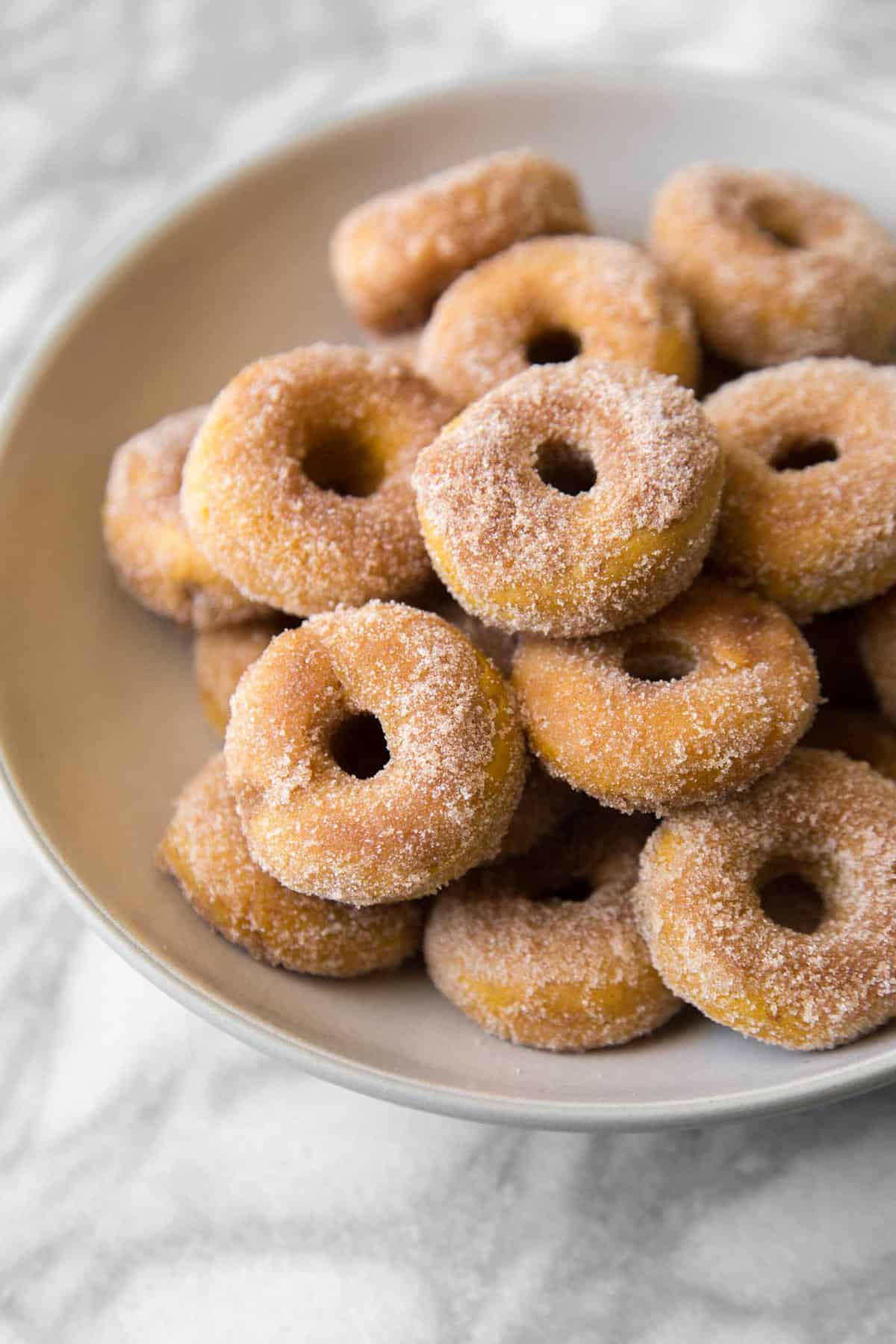 A year ago I made these Halloween donuts.  They were such a hit that I decided to try my luck again and make another autumn inspired donut.

I am so happy that I did because I am totally in love with these mini pumpkin donuts. 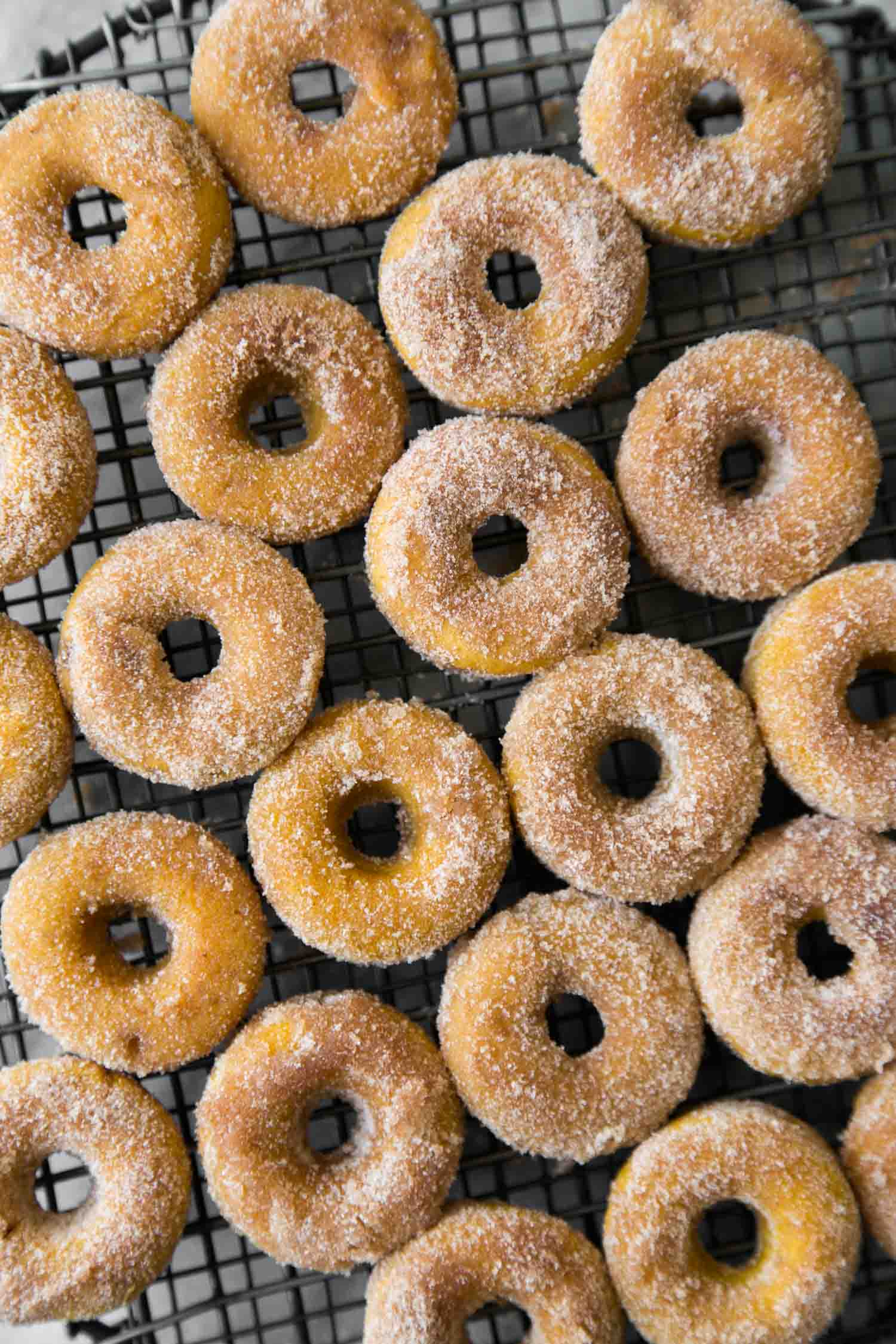 I am a bona fide pumpkin addict. During a recent Trader Joe’s trip, I went on a pumpkin spree.

If had pumpkin in the name, you bet I bought it: pumpkin pancake mix, pumpkin spice rooibos tea bags, pumpkin pecan instant oatmeal, and I even got a box of pumpkin dog biscuits for Charlie. 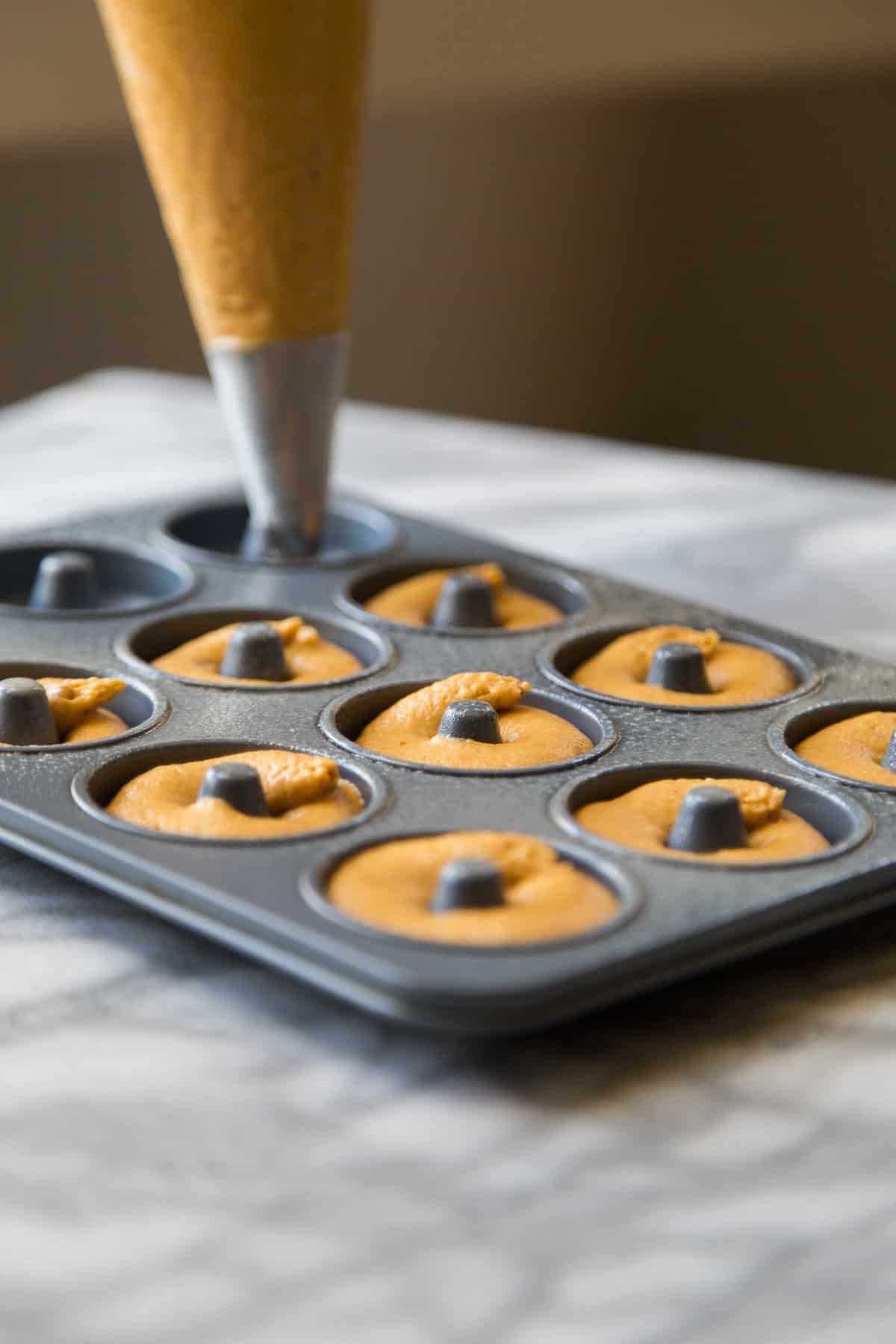 I’m a fan of mini. These mini donuts are bite-sized and super cute.
Try them coated with cinnamon sugar or keep them plain.  They’re scrumptious either way.  As for me, I prefer eating them with a cup of pumpkin spice latte. 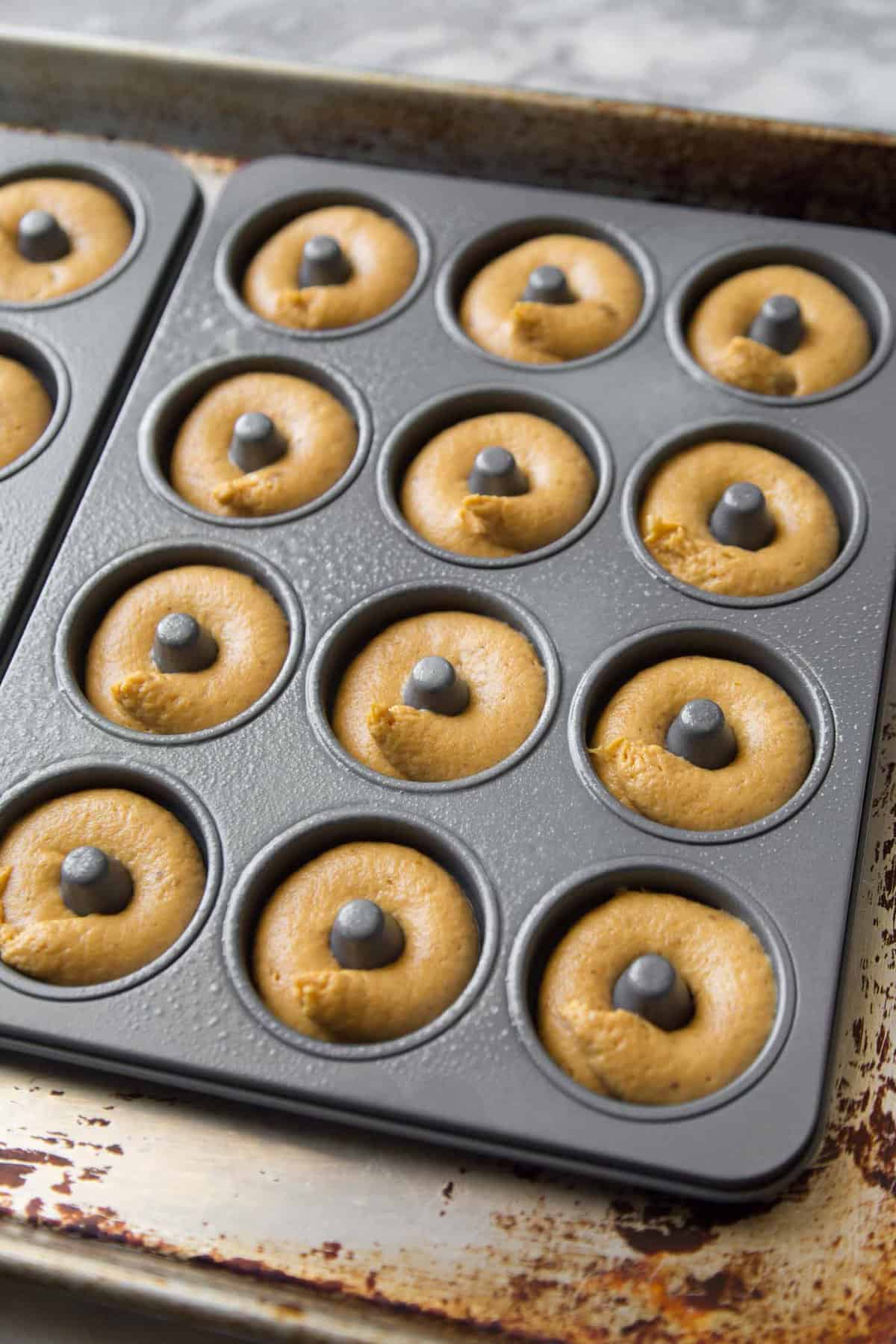 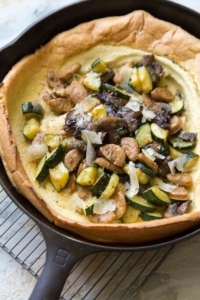 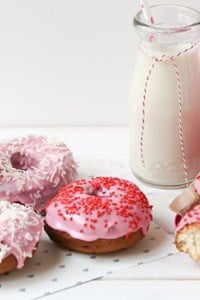 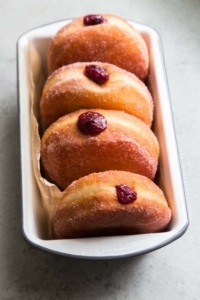 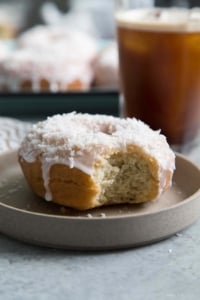