This cinnamon buttermilk pie is an adaptation of Filipino egg pie. 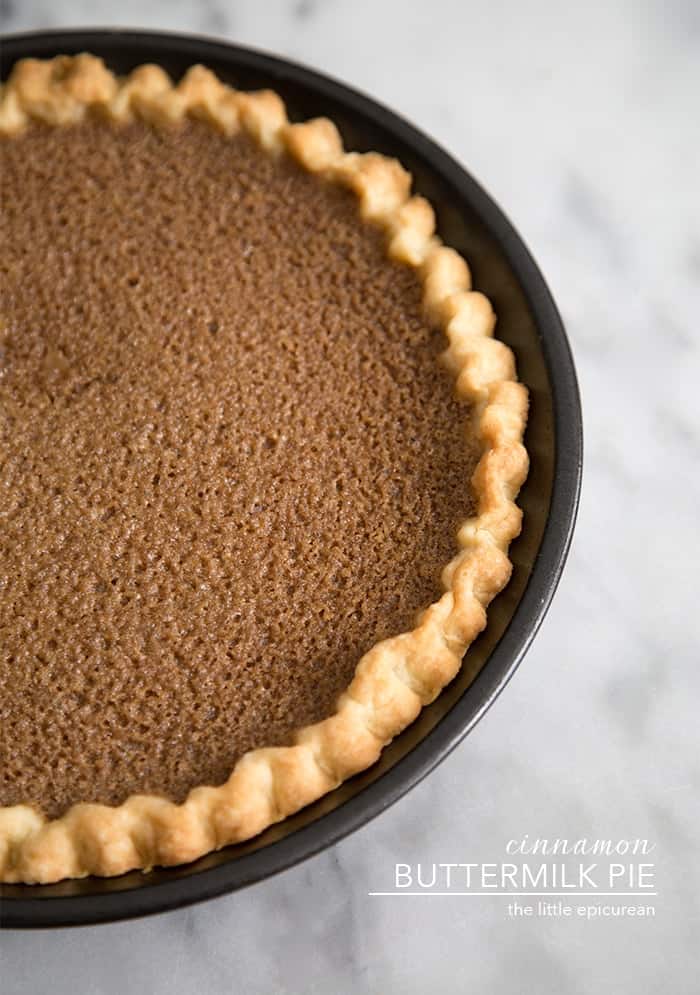 Pumpkin pie. Pecan pie.  Sweet potato pie.  I’m sure those would be included in the top answers for Thanksgiving pies on an episode of Family Feud.

However, in my personal ranking system, custard pie would be number one.

Custard pie was something we always had during the holidays.  If you search for “Filipino egg pie,” you’ll get an idea of the kind of custard pies I loved as a kid.

I grew up eating many, many (probably way too many) slices of egg custard pie.  It’s traditionally made with evaporated milk, eggs, sugar, and sometimes a little calamansi juice/zest to brighten it up.

To make this pie more suited for traditional Thanksgiving flavors, I swapped in cinnamon for calamansi and buttermilk for evaporated milk.  The resulting cinnamon buttermilk pie is magical. 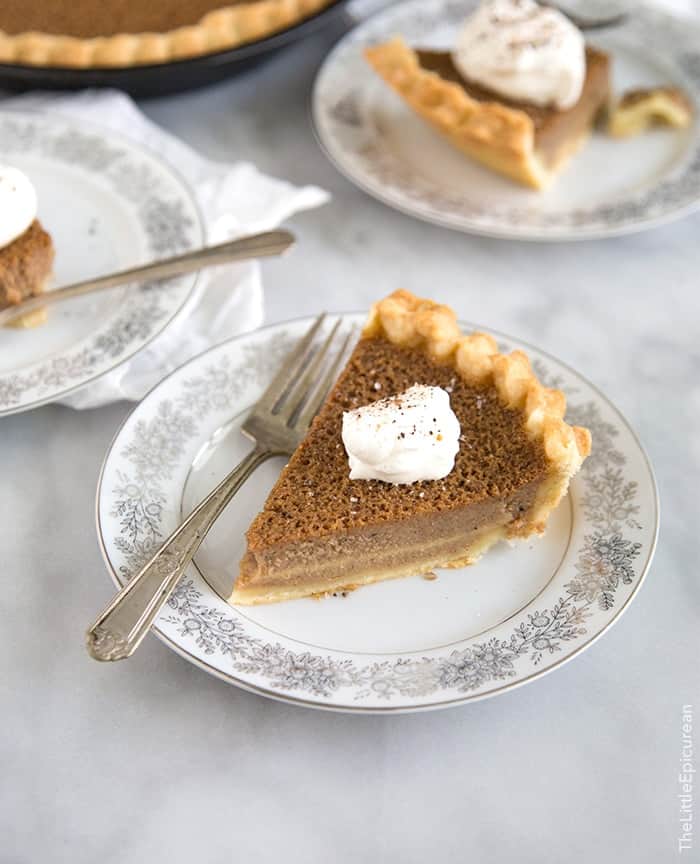 I love the sugary crust that forms at the surface of the pie.  It protects and encases the silky, creamy pie filling.

The tangy buttermilk ensures that this pie isn’t too sweet.  The burst of cinnamon with each bite screams autumn and sweaters and warm mugs of tea.

I like to serve this pie with a dollop of fresh whipped cream and a sprinkling of nutmeg-cinnamon sugar.   It may not be exactly like the egg custard pies I ate as a kid, but it’s just as delicious and comforting. 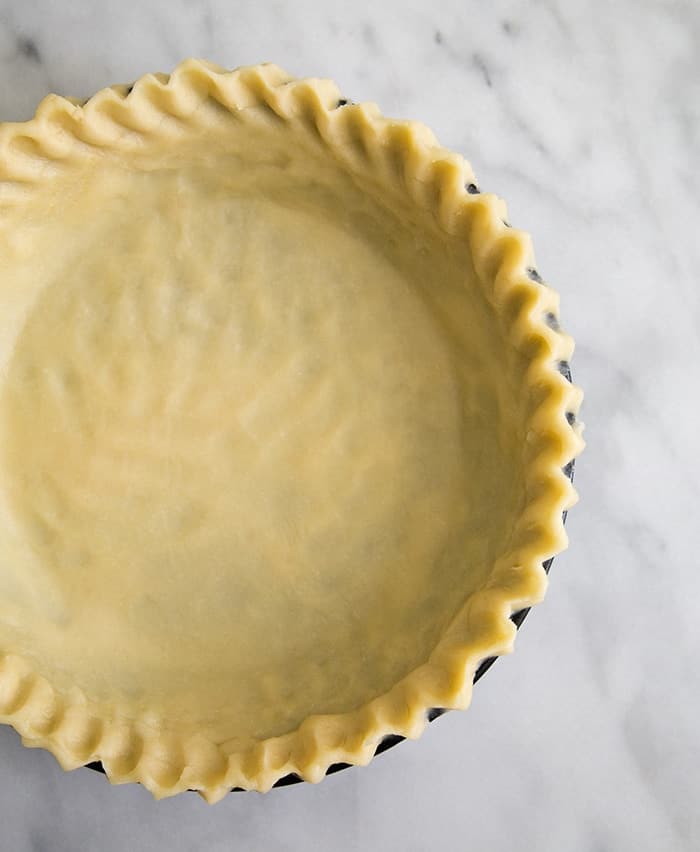 Desserts don’t need to be complicated to be delicious or unforgettable.  This cinnamon buttermilk pie proves that.

The filling can’t be any easier to make.  You simply whisk all the ingredients together and pour it into the pie shell.  Yes, it’s THAT easy. 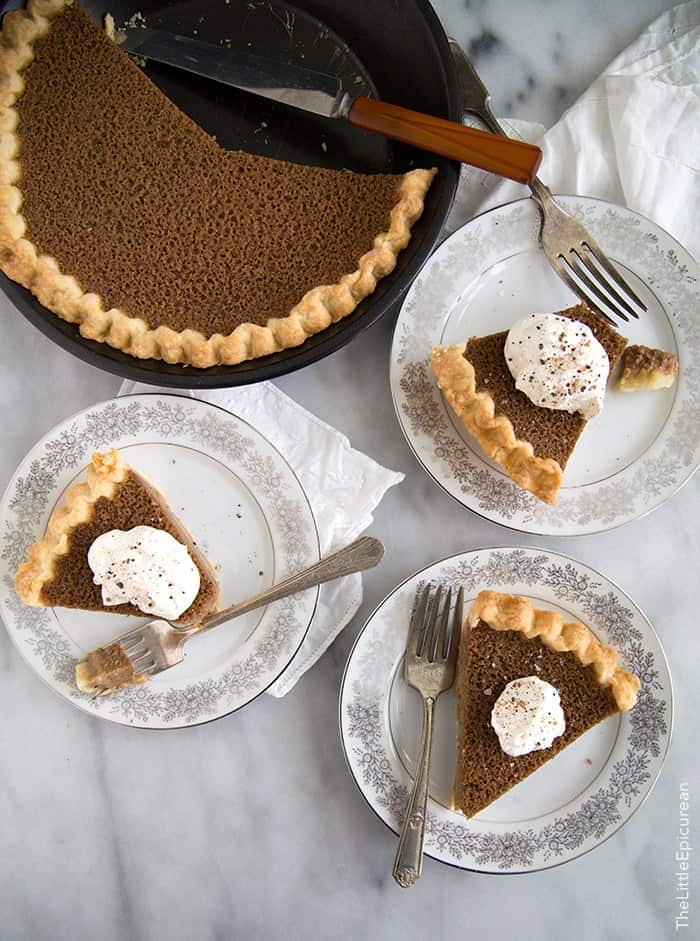 The hardest part about pie making isn’t making the dough from scratch, it’s waiting for the darn pie to cool.

Practice patience and allow the pie to cool to room temperature to ensure nice clean slices.

Once the pie has cooled, go ahead and eat as many slices as you want! 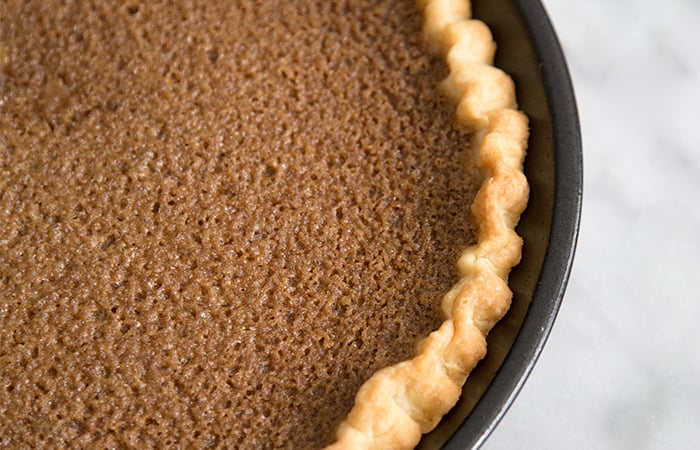 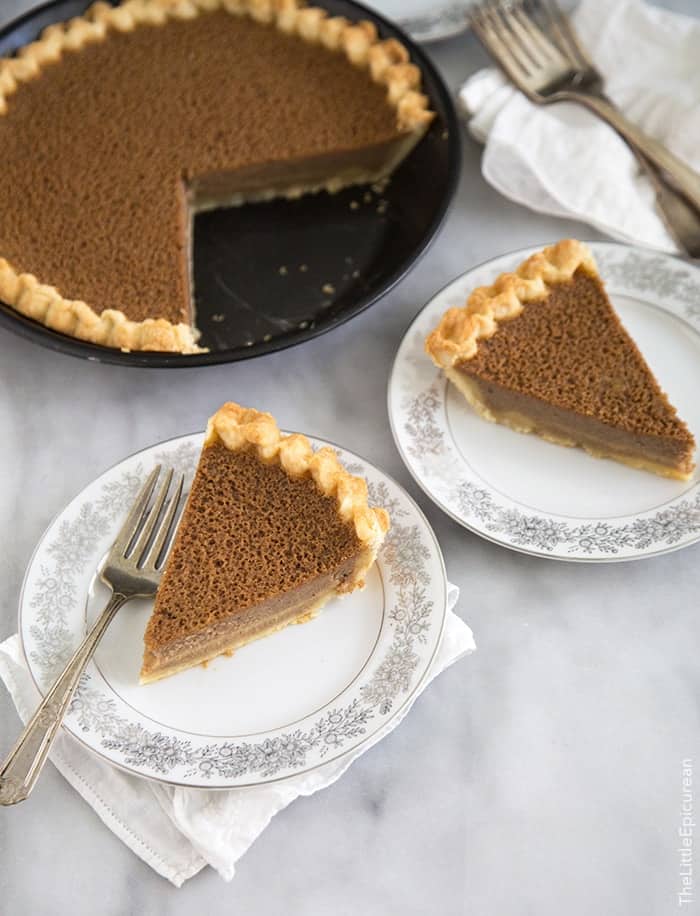 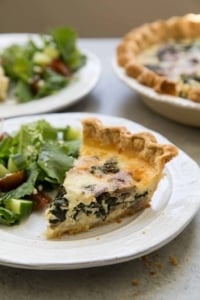 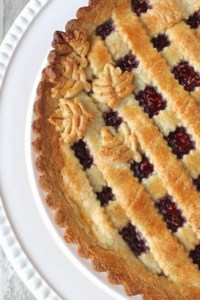 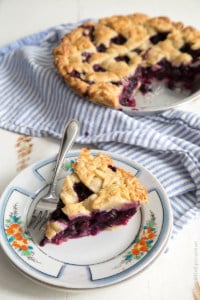 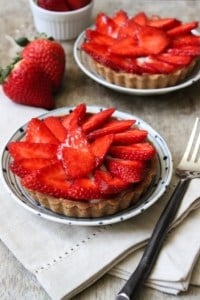