These tropical biscotti feature a combination of banana, coconut, and macadamia nuts. While it’s far from traditional, it’s a great summer treat! 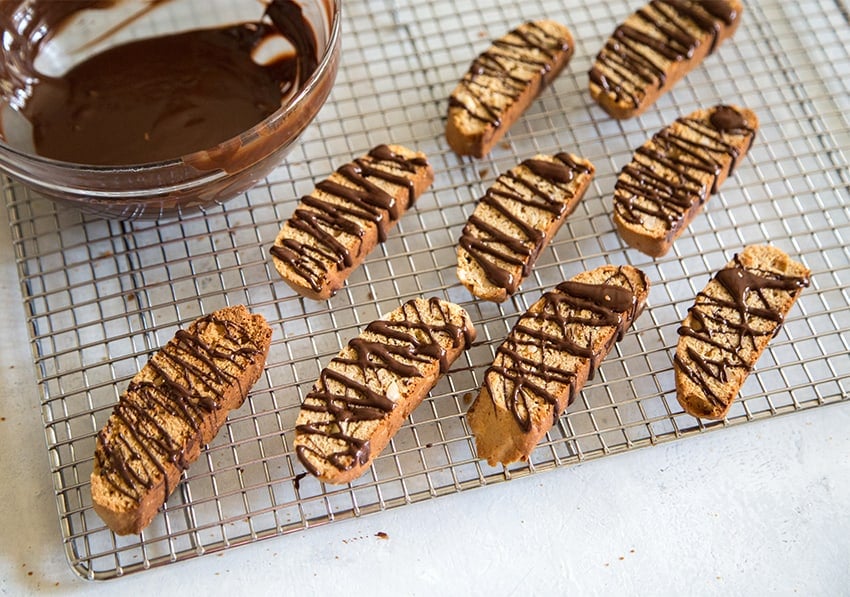 I wasn’t much of a biscotti fan growing up. To me, they were these dry dense biscuits that were difficult to chew and lacked in the flavor department.

Those days are long gone. Over the years, I’ve learned to like the little subtleties of biscotti. I’ve learned to dunk it into sweet Italian dessert wine or a mug of hot coffee.

When the summer months hit, these tropical biscotti are great with a large glass of ice coffee! 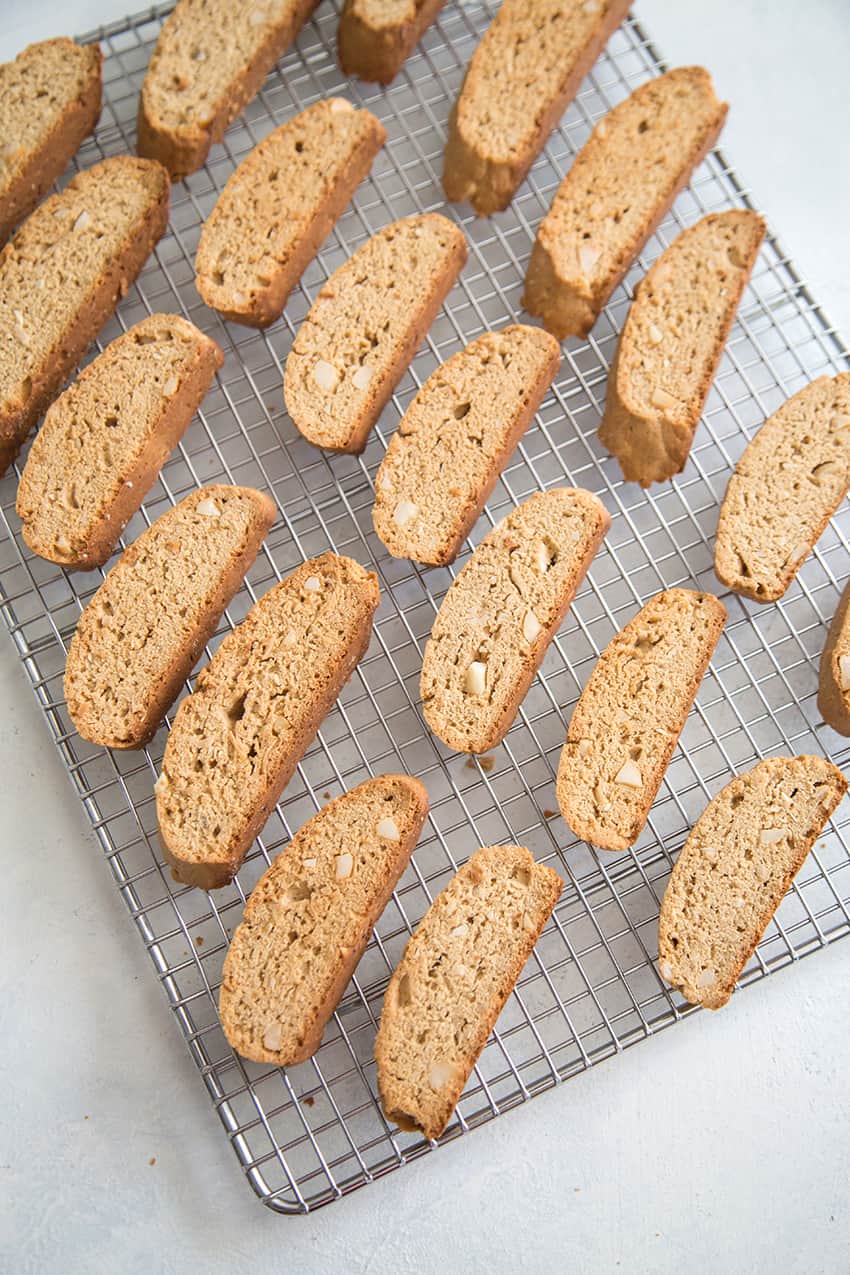 These tropical flavored biscotti are far from the traditional Italian biscotti.

While most biscotti recipes are dry, these have a little more moisture due to the addition of mashed banana in the dough. It’s also studded with chopped macadamia nuts and a hint of shredded coconut. 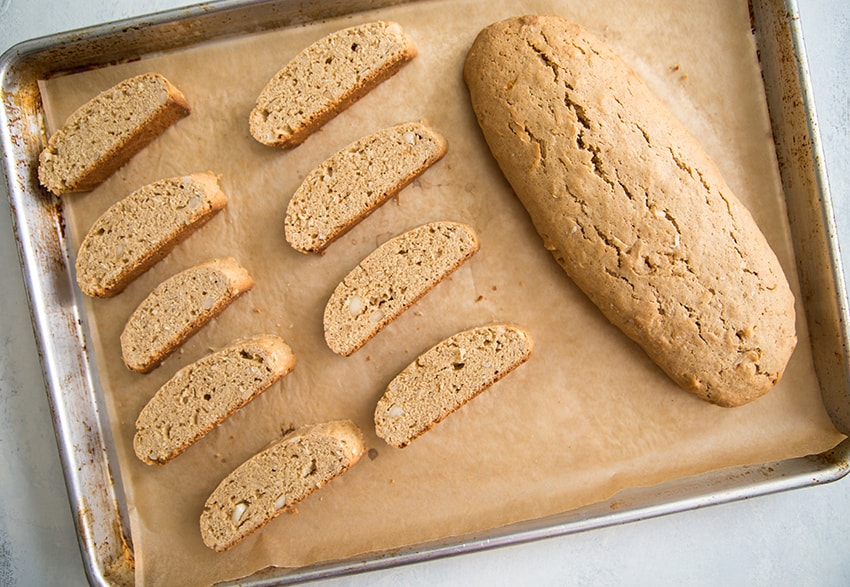 First, it’s shaped into a loaf and baked until firm. Then it’s sliced in wedges and bake again until crisp. 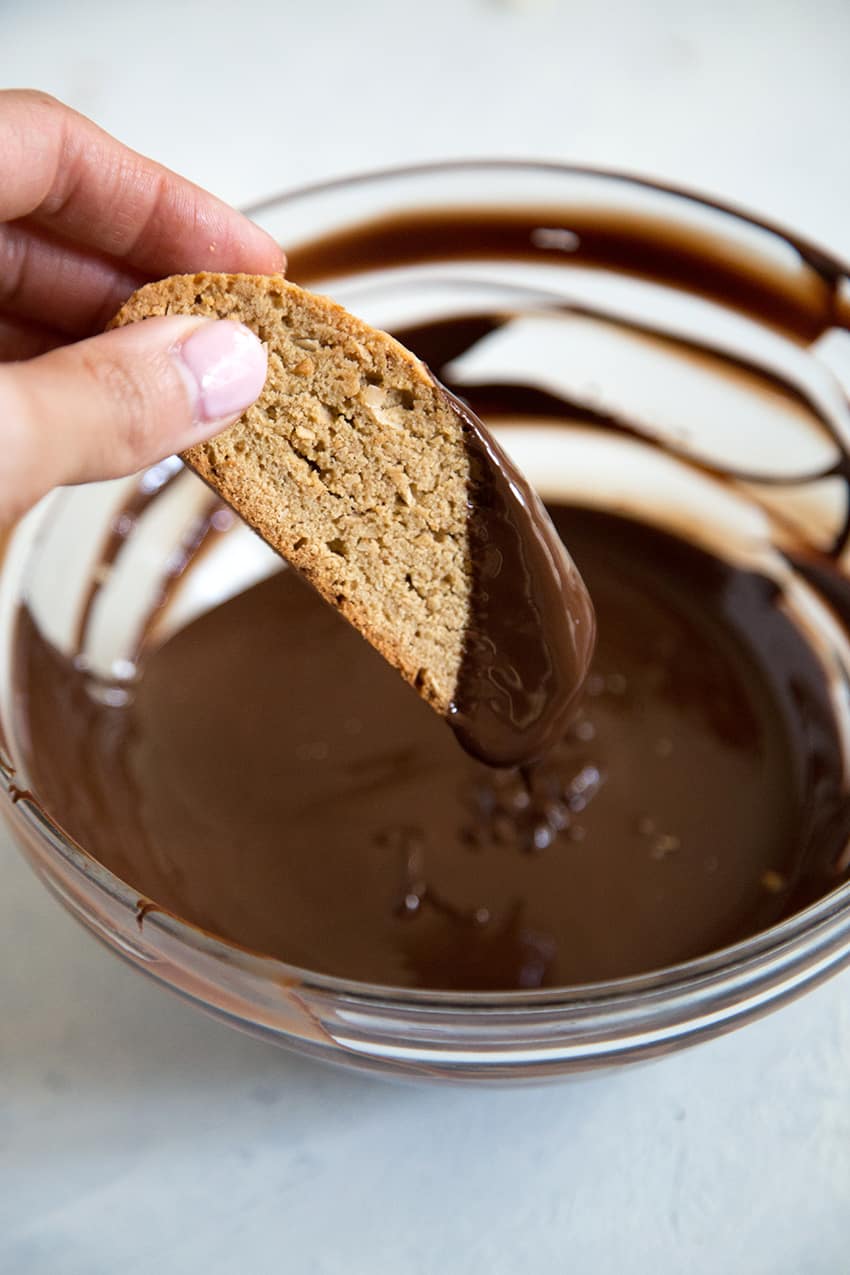 Finished the cooled biscotti with melted chocolate for extra decadence.

Dip the biscotti in chocolate or drizzle a little melted chocolate on top. Either way, it’s a nice touch of sweetness.

The dipped chocolate mixture is made from a combination of semi-sweet chocolate and vegetable shortening. The shortening helps to keep the chocolate shiny.

Alternatively, you may use milk chocolate or white chocolate in place of semi-sweet.

Made for BHG Delish Dish Blog, Adapted from Gone Bananas Biscotti
Author: Maryanne Cabrera
Did you make this recipe?Show us on Instagram! Tag @littleepicurean and hashtag #littleepicurean. 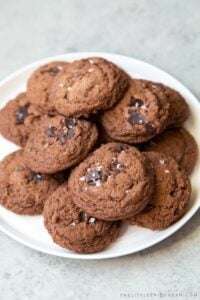 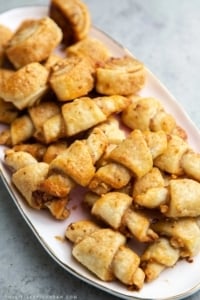 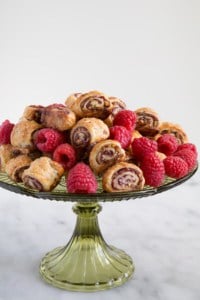