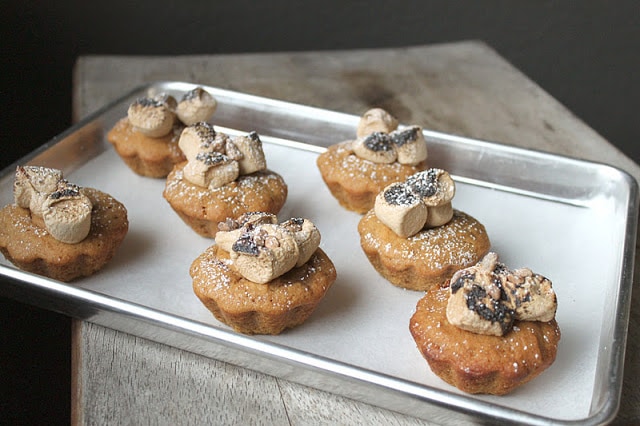 I love Target, but I hate the fact that I always leave with more things than I had planned to purchase.  I only intended on buying laundry detergent.
Some how, I left the store with bags of marked down Halloween candies and these cool new cinnamon bun marshmallows.
There were other flavors including coconut, mint chocolate and German chocolate.  All very tempting, but I was able to restrain myself to one bag, even though they were also on sale. 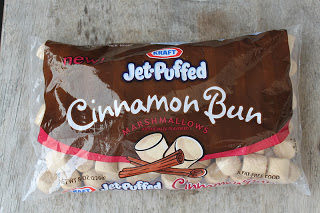 I thought of a hundred different concoctions I could mix these cute little marshmallows in.  I was really leaning towards cinnamon bun rice krispy treats but I decided to test out a festive recipe since Thanksgiving is looming around the corner.

Aside from turkey and stuffing, nothing reminds me more of Thanksgiving than sweet potato.
I’ve never been a fan of sweet potato pie, sweet potato casserole or even baked sweet potato, but they seem to always make their way to the dining table during the holidays. 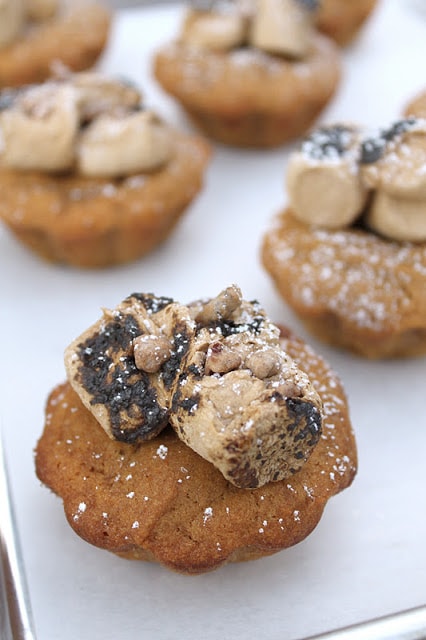 I found this great recipe for sweet potato cupcakes and hoped it would change my mind about the root vegetable.  It sure did.
These cupcakes are delicious and remain moist hours after baking because of the sweet potato puree.  Don’t be alarmed if the cupcakes have craters in the middle after baking.  That’s just the melted marshmallows.
You end up hiding the holes with the toasted marshmallows stacked on top.  I can’t wait to make these again for Thanksgiving and I’m really hoping that Target keeps these marshmallows in stock year round. 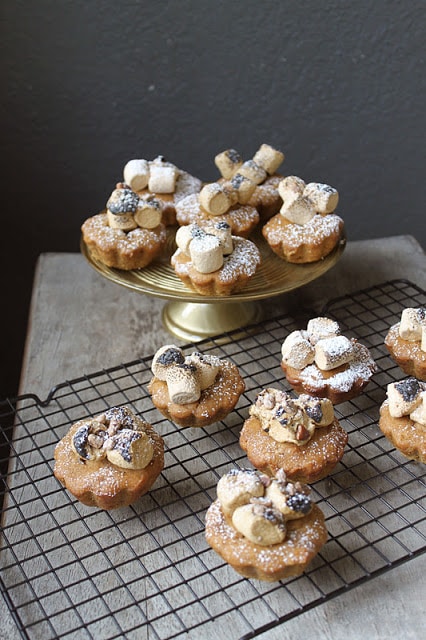 adapted from Better Homes and Gardens 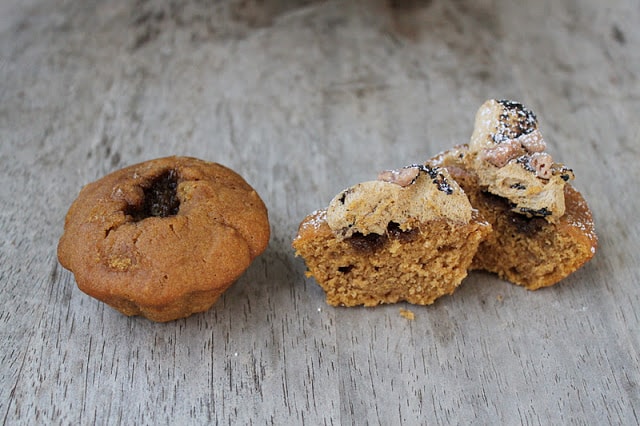