What’s the difference between a tart and a pie?

Tart is a freestanding dessert. It is not served in the vessel in which it as assembled or baked.

Tarts are generally shallow. They are usually filled with unbaked fillings such as pastry cream, whipped cream, cream cheese, or chocolate ganache.

Pies are baked and served in the same vessel, such a pie tin or pie plate. They come in sweet or savory varieties.

Just when you thought banana cream couldn’t get any better. You are introduced to this banana butterscotch almond tart!

The crust is a simple mixture of chocolate wafers, toasted almonds and butter.

Line a 9-inch fluted tart pan (with removable bottom) with crust mixture. Use the flat bottom of drinking glass or a tamper to press crust into tart pan.

There’s a layer of sliced bananas underneath the butterscotch pastry cream (that’s slightly spiked with a little whiskey).  And on top of all of that is a sweetened whipped cream with lots of crunchy little cacao nibs.

Add a single layer of sliced bananas inside the cooled chocolate almond tart.

Slice the bananas fairly thin since tart shells are shallow. You’ll want to have enough room to pour in the butterscotch pastry cream.

Pastry cream is a stove top cooked custard. It is comprised of milk (and/or cream), egg yolks, sugar, cornstarch, vanilla, and butter.

Ideally, you want to use a hand mixer or the whisk attachment on a stand mixer to quickly beat heavy cream into whipped cream.

Or, simply use a whisk to whip it the old fashioned way. Alternatively, you may pour heavy cream into a mason jar. Cover with a lid and shake vigorously until heavy cream thickens.

The banana butterscotch almond tart tastes best immediately after assembling. That’s when all the components are at their prime.

Enjoy the tart within three days of assembly. Over time, the pastry cream will start to separate and expel moisture.

The crunchy crumbly crust will start to soften and mush after the second day.

Store leftovers in an airtight container in the fridge. 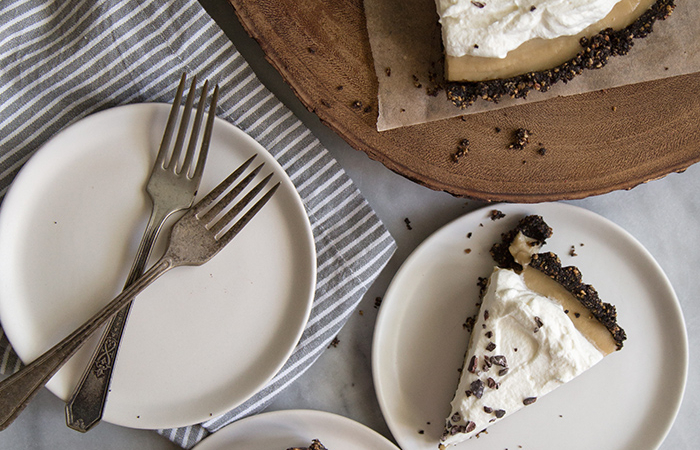 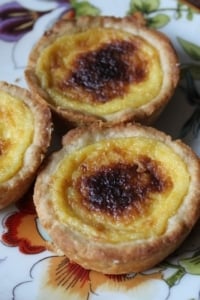 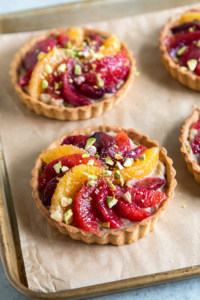 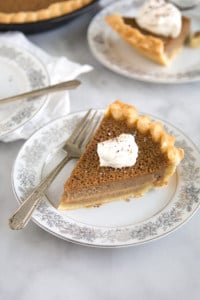 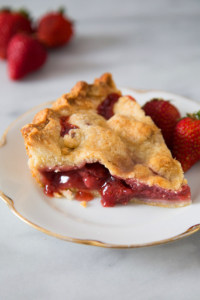