This coconut oil cinnamon swirl bread is drizzled with maple glaze. It is a sweet treat to enjoy anytime or any season!

This post was made in partnership with LouAna. LouAna offers a variety of cooking oils. Thank you for supporting our brand partners! As always, all opinions stated here are entirely my own.

Is there anything more delicious than a slice of warm cinnamon bread, fresh from the oven?

Nope. Based on the number of cinnamon roll variations I share, it’s clear I have a soft spot for these sweet yeasted baked goods.

Forget the others. This coconut oil cinnamon swirl bread is special.

It’s different from anything else I’ve ever made. This recipe doesn’t contain any butter!

The dough starts off like any other yeasted bread.

However, instead of adding softened butter, room temperature coconut oil is kneaded into the mix.

At room temperature, coconut oil is smooth and pliable. It easily spreads onto the rolled dough without worrying about tearing the dough.

Why use coconut oil?

LouAna coconut oil is a great alternative for butter.

Those with dairy issues can enjoy baked goods without worrying! (I’m lactose intolerant and I always have to take lactase enzymes prior to enjoying ice cream and such.)

Refined coconut oil works well in a variety of everyday cooking and baking.

Simply substitute coconut oil one for one in baking recipes that use butter or oil.

The difference between refined and unrefined coconut oil

One major difference is taste.

LouAna’s refined coconut oil is flavorless, making it a wonderful neutral oil for baking and cooking.

Unrefined or virgin coconut oil will have a mild coconut flavor and coconut aroma.

Unless you want your food to have a slight coconut flair, refined coconut oil is a better option.

The many uses of coconut oil

I used LouAna coconut oil to grease my pan before baking. Because coconut oil is 100% fat (no water), it helps to create a nice crust on the bottom of these cinnamon swirl bread.

Coconut oil also has uses outside of the kitchen. It can be used a hand moisturizer or hair mask!

Follow the instructions in the recipe to form the braided swirl bread photographed above.

Or, slice the log into 12 equal parts and bake as cinnamon rolls.

The cinnamon swirl bread can also be baked into two 9×5-inch loafs.

This coconut oil cinnamon swirl bread has a nice crisp exterior and a fluffy interior. The addition of the maple glaze adds the perfect amount of sweetness.

Paired with a cup of coffee, a slice of this swirl bread is absolute heaven. 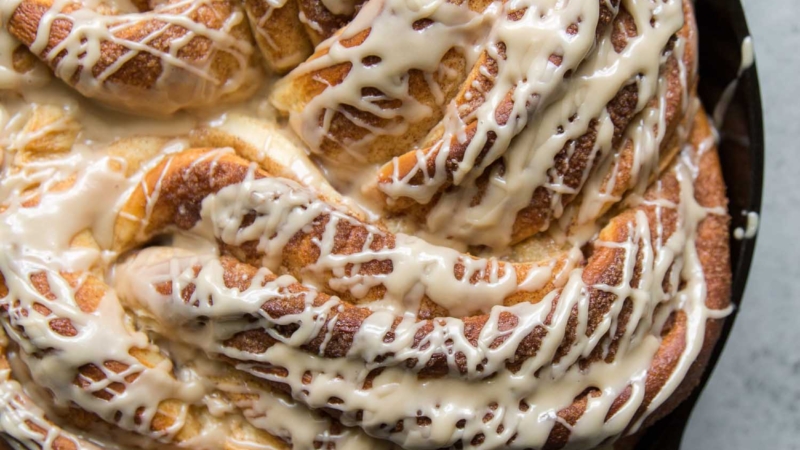 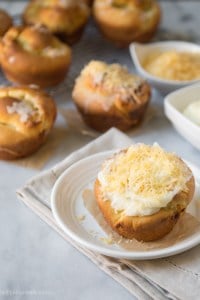 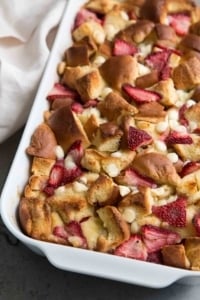 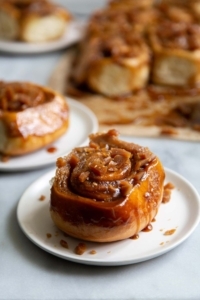