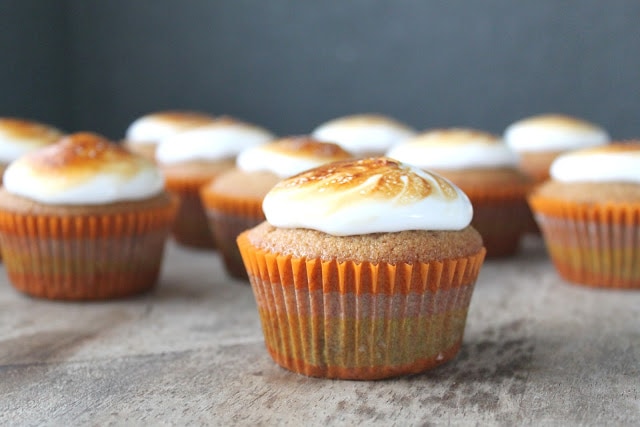 I wish time machines existed and time travel was a reality.  I’d love to go back to the Age of Reason, the Industrial Revolution,  and my favorites– the Renaissance and Baroque period.
For now, I’ll just have to settle for food to take me back in time.  Food is a vehicle for keeping memories alive, passing down tradition, and reminiscing about the past.
Whether it be your grandmother’s apple pie or your dad’s barbecue, food evokes memories and experiences.
No other dessert reminds me more of my childhood than s’mores.  S’mores made by my mother at home over the stove, s’mores over a grill during summer parties, and s’more made during high school bonfires at the beach. 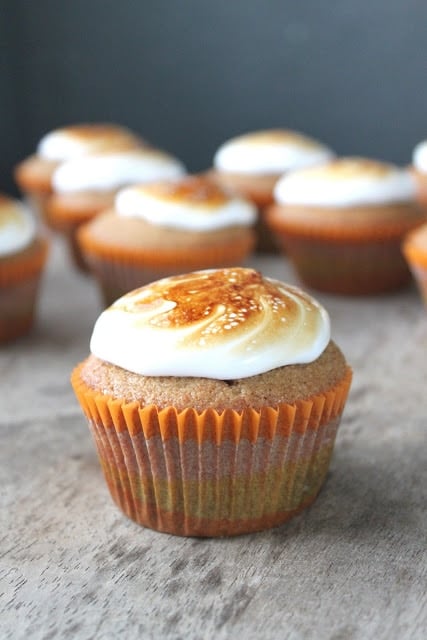 What was once reserved for children and the outdoors, s’mores have gained much popularity and can be seen everywhere.

S’more have been made into cakes, hot chocolate drinks, French macarons, brownies– you name it and the graham cracker/chocolate/toasted marshmallow combination has been experimented and done.

Every so often, I get the urge to make some s’mores.  They remind me of the days when I thought Hershey’s chocolate bar was the best chocolate ever–before I was introduced to Valhrona, Scharfeenberger, single origin cocoa beans, and the like.

This is a great recipe from the Los Angeles Times Test Kitchen.

The s’more cake tastes just like graham crackers.  I love how the chocolate chips melt inside the cake giving you a nice surprise with each bite. Not only is the marshmallow frosting easy to make, its so tasty and not too sweet.

Its a simple cupcake to whip up while you remember the good old days. 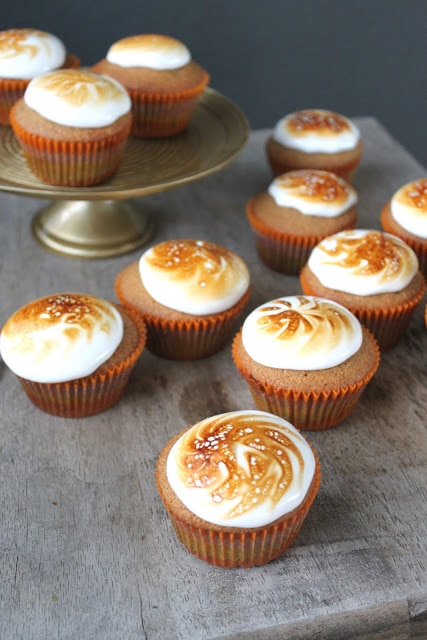 SLIGHTLY ADAPTED FROM LA TIMES TEST KITCHEN MAY 19, 2011
Did you make this recipe?Show us on Instagram! Tag @littleepicurean and hashtag #littleepicurean. 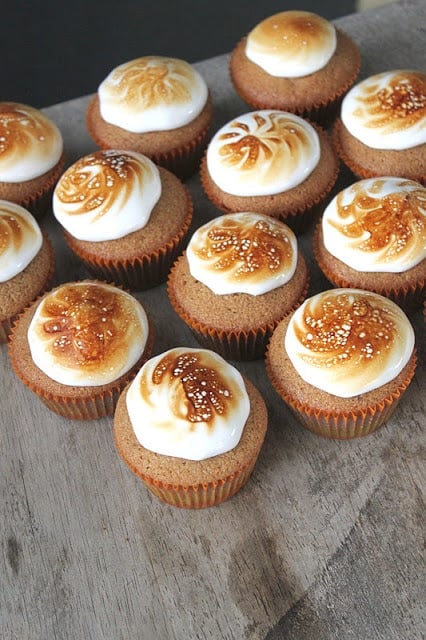 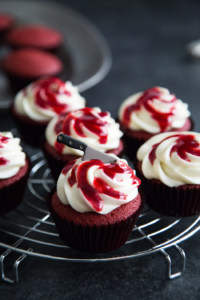 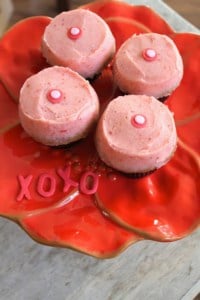 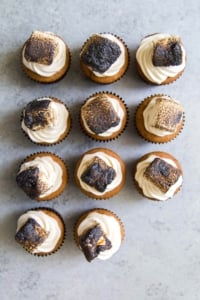 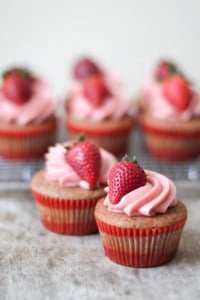