Hello.  My name is Maryanne and I am a TV junkie.

I admit that I choose to stay home during weeknights because I am addicted to too many shows.  I am aware that I can just dvr everything and watch it later.  I can’t wait that long.   I let the show record for 10-15 minutes before I start watching so I have enough slack to fast forward through commercials.

Big sigh of relief to get that off my chest.  I’ve grown up my whole life believing that television rots your brains.  That is no longer the case.  TV doesn’t rot your brains.  According to The Walking Dead, Zombies are the cause of rotting brains.

Sunday nights are very difficult.  I have to juggle Revenge, Downton Abbey, and Girls.  On Monday nights, I’m not sure which scares me more- The Bachelor or The Following.  Both are addicting and frightening in their own respects.  And a new show that I think will become favorite is Monday Mornings.   Tuesdays and Wednesdays, I laugh a lot.  I love New Girl, Tosh.0, and Modern Family.  Smash also started this week but I haven’t decided if I like this season.  Also on Wednesdays, Top Chef Seattle.  I really hope Sheldon or Kristen win!  After the episode, I have to run to my laptop to watch Last Chance Kitchen.

By Thursday night, I am exhausted and its time to recuperate for weekend activities.  Thursdays are perfect for relaxing, stress free baking.
These banana cupcakes are easy peasy.  From start to finish (including gathering all your ingredients and washing the dishes), it only takes one episode of The Vampire Dairies. 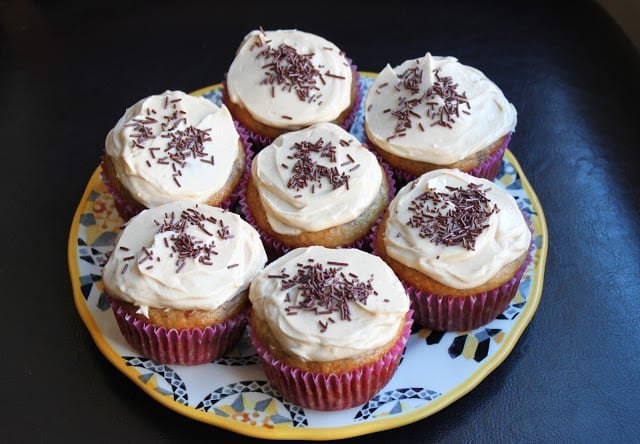 CUPCAKES ADAPTED FROM THE CRAFT OF BAKING
Author: Maryanne Cabrera
Did you make this recipe?Show us on Instagram! Tag @littleepicurean and hashtag #littleepicurean. 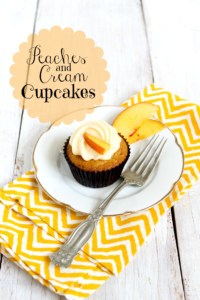 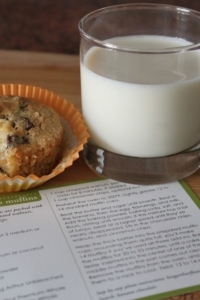 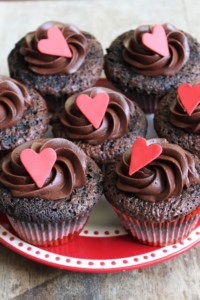 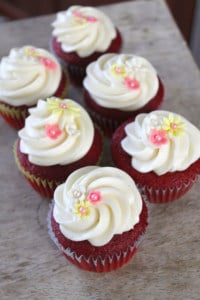