Tres leches cake is a white cake soaked in “three milks.” Adding a toasted meringue topping not only adds a pop of color, it also brings a nice contrasting flavor to this otherwise very rich and very sweet cake.

Confession. I love my kitchen torch.  I am constantly finding a reason to use it.  So far I only have three recipes that require use of a torch: creme brûlée, s’mores fudge bars, and mini cheesecake brûlées.

Let’s amp the flavors and texture of tres leches cake with the addition of a toasted meringue topping!

Toasting the meringue topping not only adds a pop of color, it also brings a nice contrasting flavor to this otherwise very rich and very sweet cake.

Tres leches translates to “three milks.”  For this recipe, I used a combination of whole milk, evaporated milk, and sweetened condensed milk.  Many recipes use heavy cream (or half and half), but I decided to use whole milk to lighten it just a tad.

Tres leches is made with a sponge cake. Like the name suggest, sponge cake is great at absorbing liquids and flavors.

Sponge cake is fairly simple to make. The most difficult part is separate the eggs into yolks and whites.

The yolks are mixed along with the sugar and milk, following by the dry flour ingredients. In a separate bowl, whip the egg whites to medium peaks. Gently fold the fluffy egg whites into the cake batter.

NOTE: Room temperature egg whites will whip faster and stronger than cold egg whites! However, it is easier to separate egg whites and yolks while cold.

Cool the sponge cake to room temperature. Use a fork or skewer to poke holes all over the surface of the cooled cake.

Whisk together the tres leches (three milks) in a large measuring cup or pitcher. Pour about 1/4 of liquid over cooled cake. Allow cake to absorb liquids. Then, continue pouring a little liquid at a time until all the milk has been absorbed.

Let the cake stand for about 30 minutes to fully soak in all the liquid. At this point, you may keep the cake in the fridge until you are ready to serve.

Right before serving, top the cake with meringue and gently torch the surface!

Tres leches cake is easy to make.  The only negative- it doesn’t keep for very long.  It is best served the day it is made, especially because of the toasted meringue topping.

When stored in the fridge for too long, eventually the meringue will separate and you’ll end up with a puddle of a mess.  I suggest planning ahead and making this fabulous dessert when you know you’ll have people over.

If you made the cake on a whim (like me), make friends with your neighbors and give them a giant piece.  Having this large sheet cake all to yourself is dangerous and highly not recommended.

I wouldn’t mind splashing a little rum or coffee liquor to the milk soaking mixture to spike up the flavors.  I can’t wait until December because I really, really, really want to make a spiked eggnog tres leches cake.  YES. 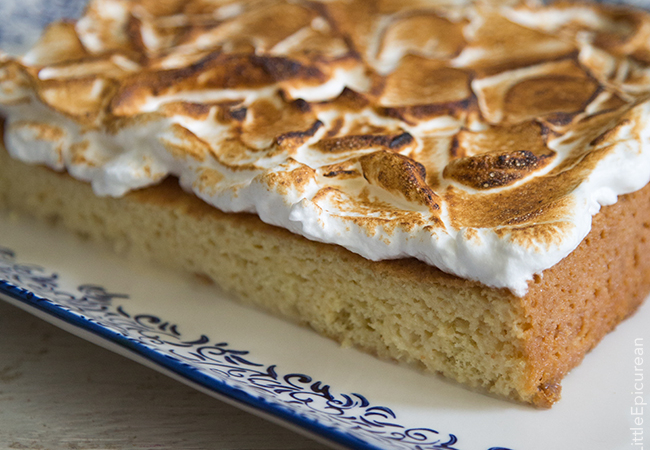 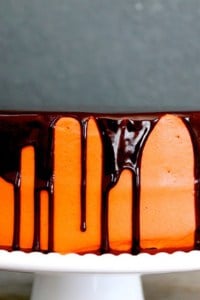 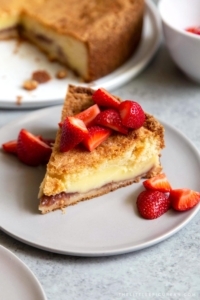 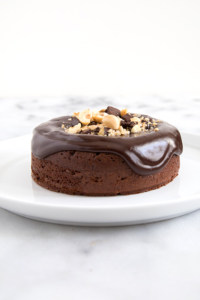 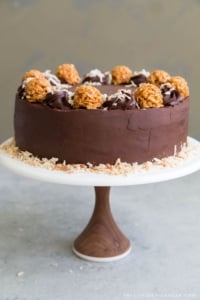