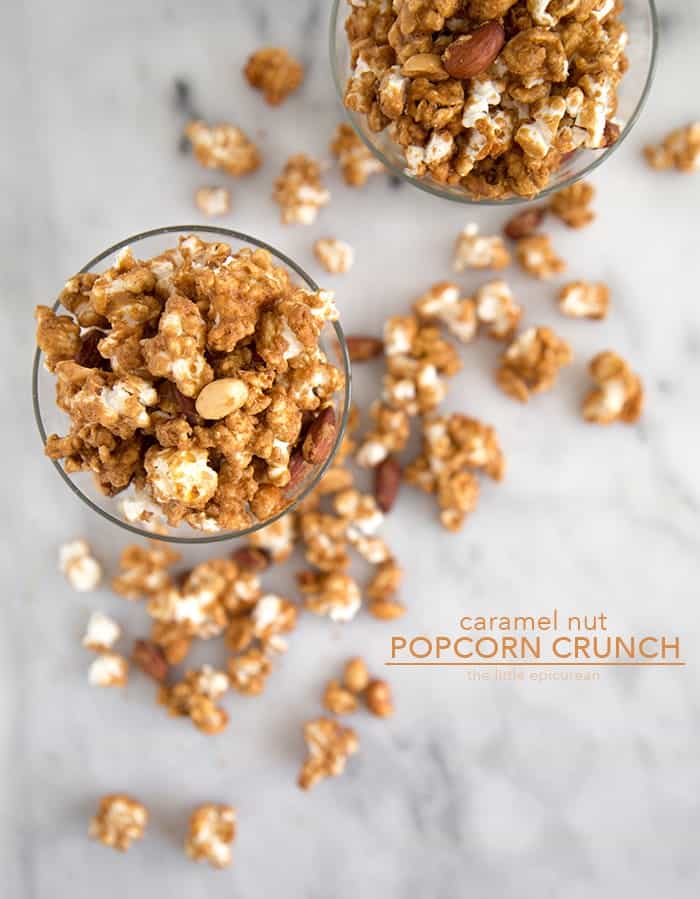 I made a huge batch of this caramel nut popcorn crunch in preparation for all the baseball games I’d be watching in October.  I had enough popcorn to last me until the Dodgers made it to the World Series.

Unfortunately I was too optimistic.  The Dodgers lost last week to the Cardinals.  (Sigh.) It’s just like last year, except much earlier in the post season.  Oh well, there’s always next year!

I’m just really hoping the Cardinals beat the Giants this week.  Obviously being born and raised in Los Angeles, I could never ever in a million years root for the San Francisco Giants.

Although, let’s not get into the whole NorCal/SoCal rivalry here.  Let’s talk about caramel popcorn. 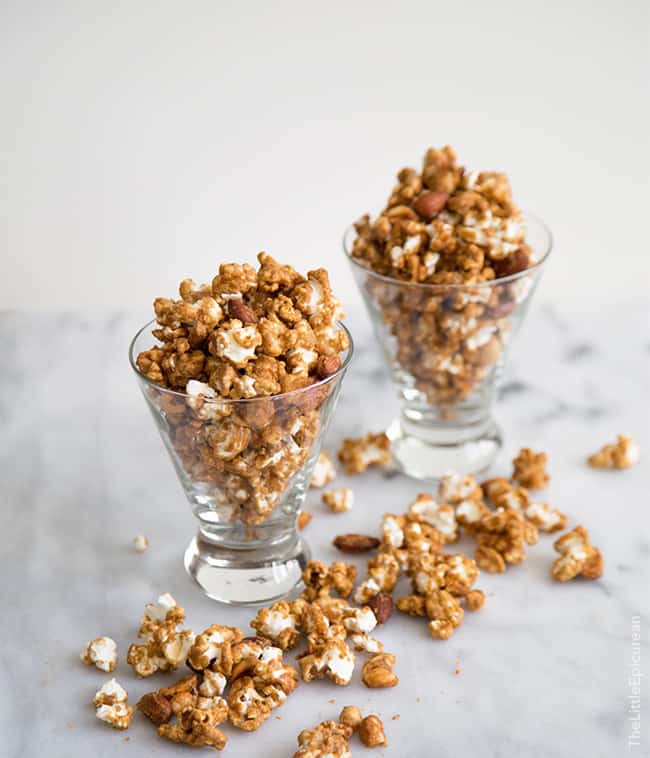 As a kid, boxes of Cracker Jack and Crunch n’ Munch were not safe around me.  I was notorious for eating an entire box in one sitting, and equally known for complaining about the ensuing stomachache that comes with consuming that much sugar.

My sweet tooth has definitely changed over the years.  I need a touch of salt to go along with sweets.

I don’t like having all the popcorn kernels completely covered in caramel.  It ends up being too sweet and I can only eat a handful before getting bored of the flavor.

To cut the sweetness from the caramel, I added a touch of ground cinnamon to round out the flavors.  To amp the crunch factor, I also threw in some salted peanuts and almonds.

But best of all, caramel popcorn is the perfect topping for chocolate cake!  Have a sneak peek at the new peanut butter chocolate cake I’m working on for Halloween!

Use this recipe post to make your own microwave popcorn bag.