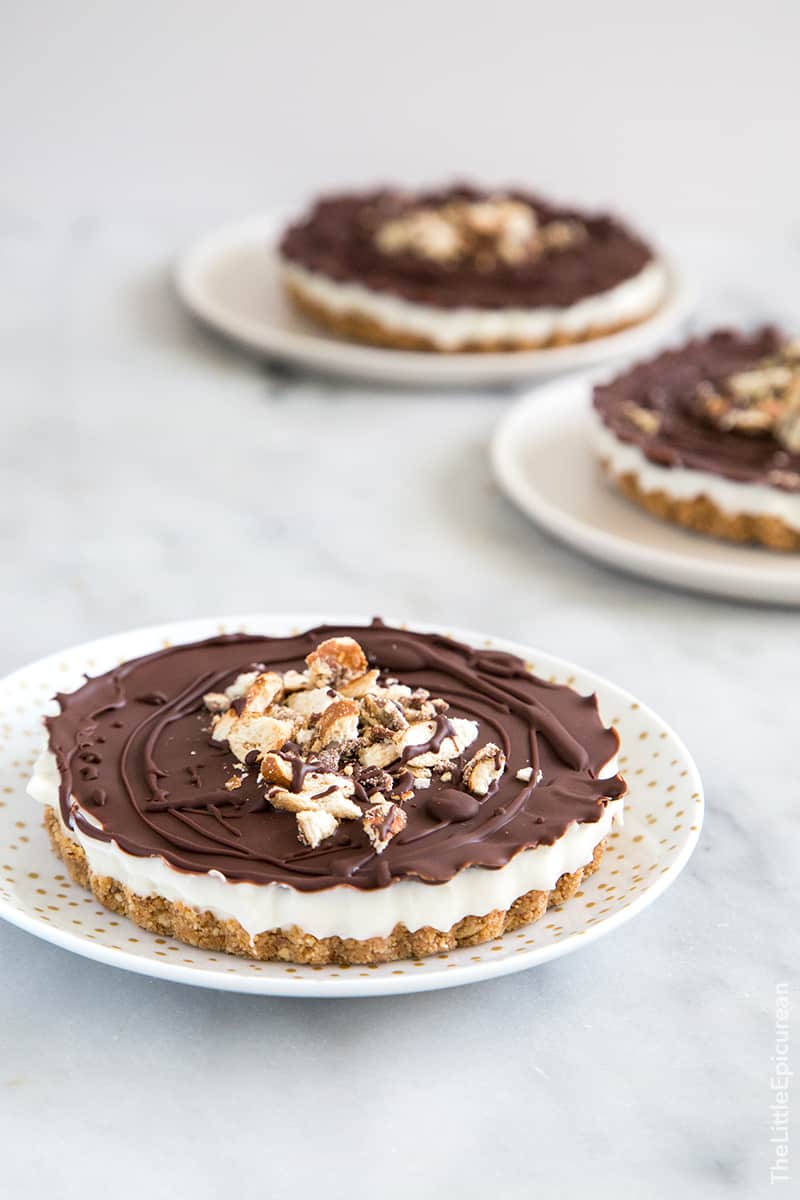 Where is the restart button?

I played a lot of video games as a kid. As a highly competitive gamer, my goal was to win. Nothing angered or disappointed me more than seeing “game over” written all over the screen. Rather let myself fall to that fate, I often quickly hit the restart button to start over.

I need a restart button for the weekend. Regardless of whether it was a great weekend or a terribly disappointing one, I’m never ready for Monday. (I learned early on to hate Mondays thanks to Garfield.)

Another thing that needs a restart button? Desserts. I often eat them too quickly and poof (!) they disappear. That was definitely the case with these banana coconut pretzel tarts I made last week. 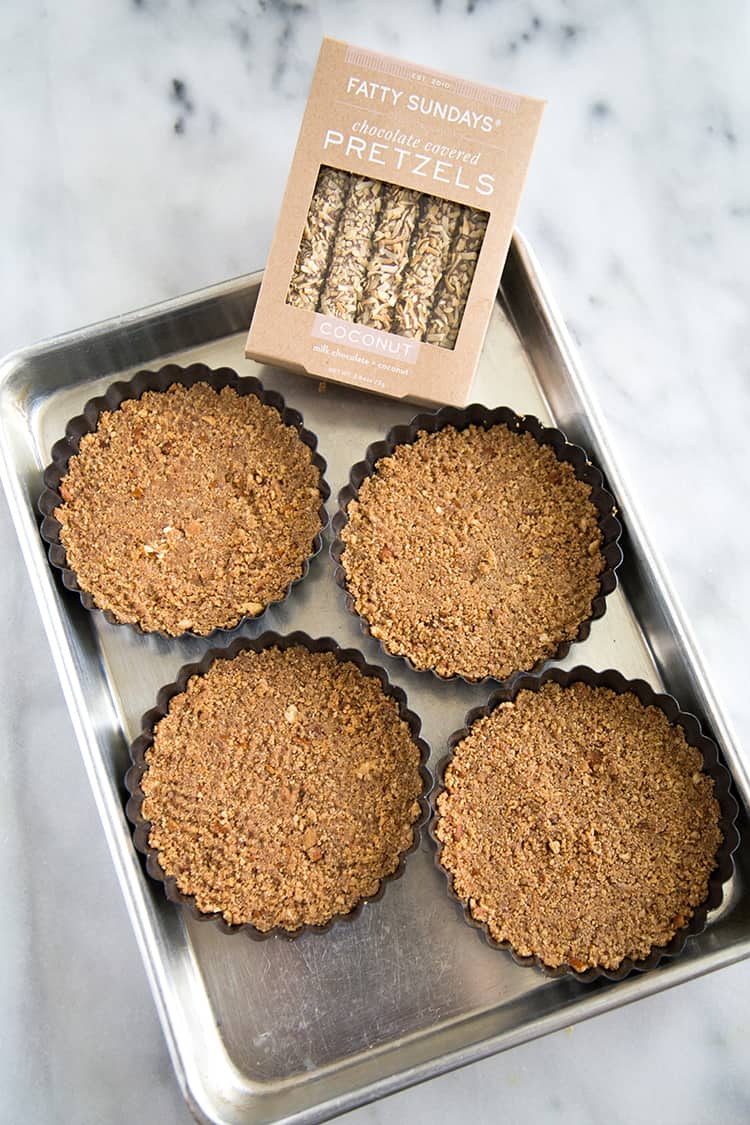 I love trying new products. Rather than fall prey to using the same ingredients over and over, I’m a sucker for tasting everything. (Did you see my snap about when I found the cinnamon bun OREO?!) Anyway, Fatty Sundays sent me a sampling of their pretzels. They make a large variety of flavors (as well, as gluten-free pretzels). These coconut ones pictured up top were my favorite. They’re pretzels dipped in milk chocolate and coated with toasted coconut. YES.  (The salty toffee pretzels came at a close second!)

Sure the chocolate dipped pretzels are are treat on their own, but I’m a dessert glutton and need MORE! I added the coconut pretzels and graham crackers into a food processor and set out to make a tasty tart crust. 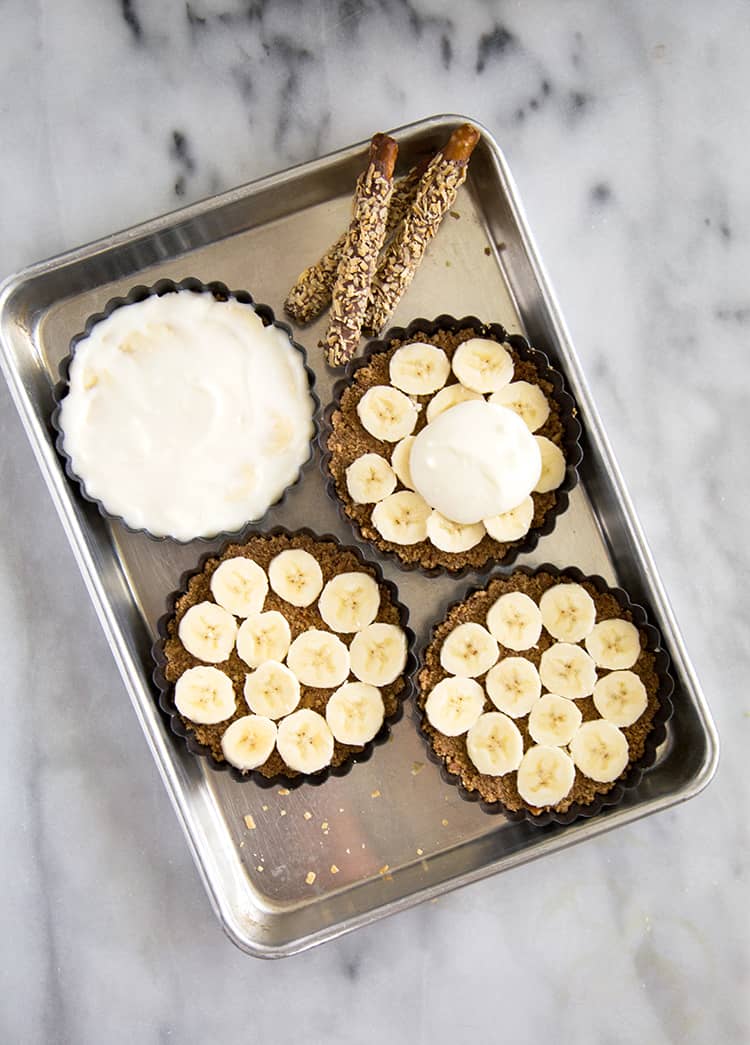 I’ve been craving this banana cream tart ALL WEEK. Unfortunately, I was too lazy to make/bake the dough, and even lazier to make pastry cream. I sought to make a no-bake dessert to satisfy my banana cream tart craving. That’s how this banana coconut pretzel tart came about and it exceeded all my expectations. 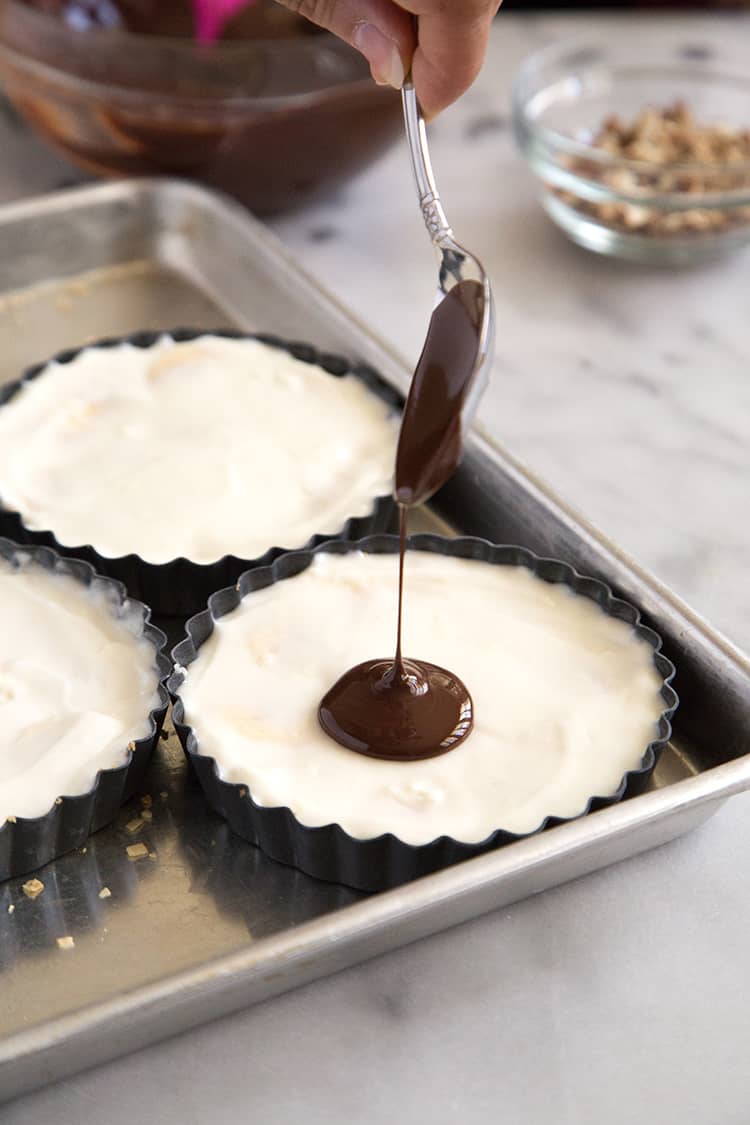 Over the no-bake pretzel graham crust is a layer of sliced bananas. On top of that is a coconut cream cheese filling (that I can eat by the spoonful). And the icing on the cake is the melted 70% dark chocolate you drizzle over the chilled tart. 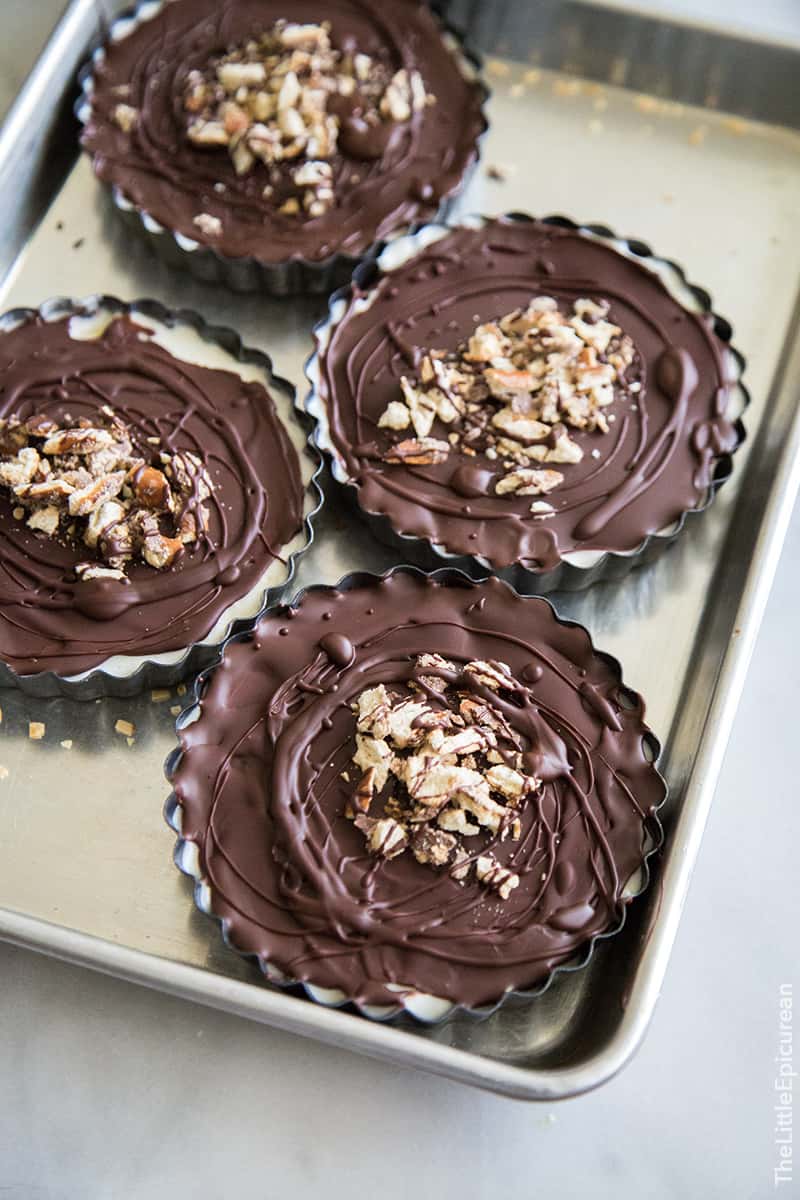 It may take me some time to find that weekend restart button. In the meantime, I’ll happily and patiently snack on these banana coconut pretzel tarts! 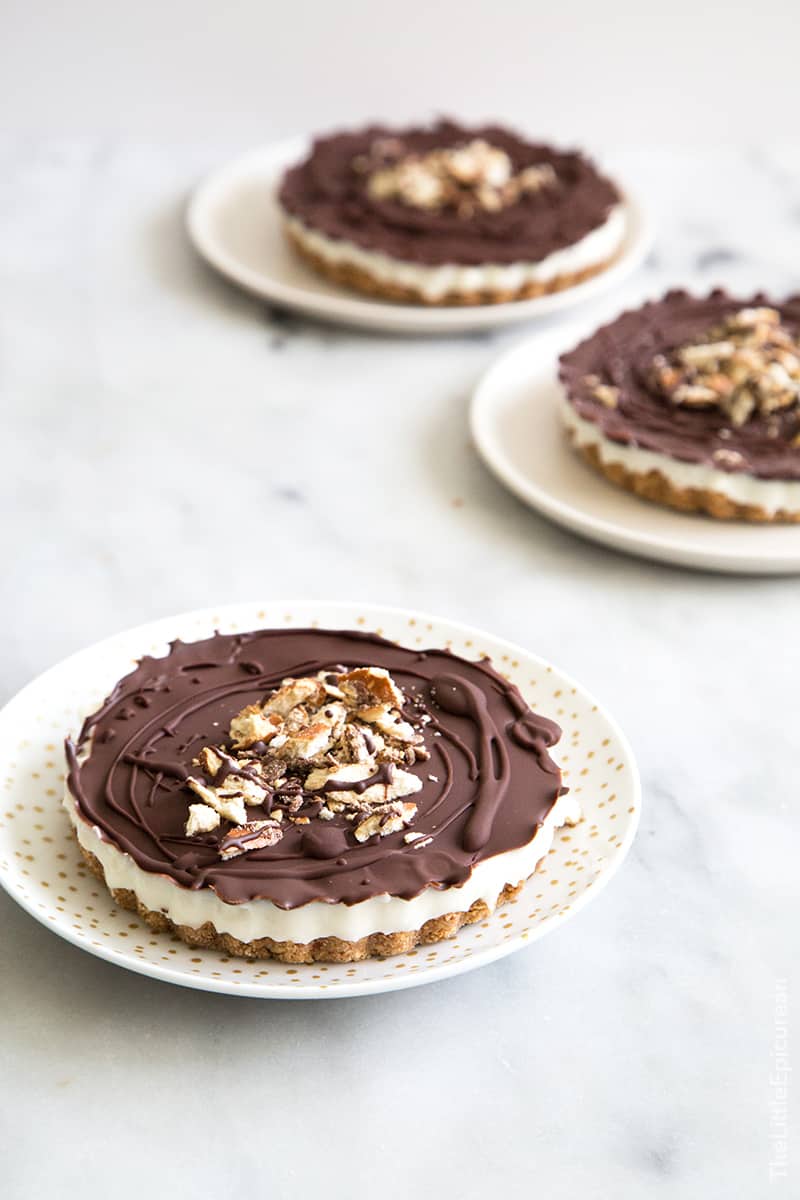