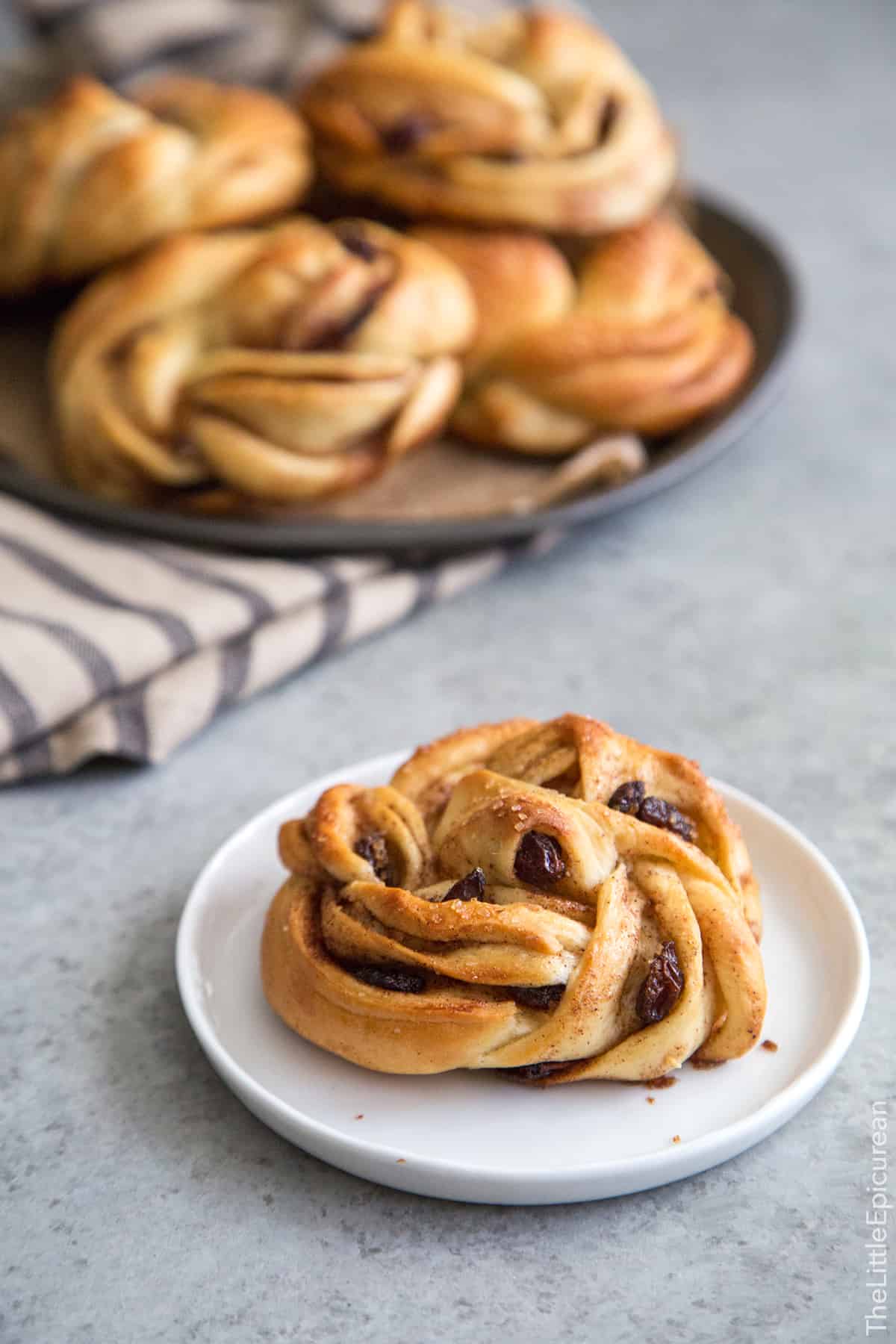 It may not be the healthiest of breakfast foods, but cinnamon rolls (of any kind) are among my favorite ways to start the day.

I simply cannot resist the intoxicating aroma of buttery cinnamon sugar baked into bread. This rum raisin cinnamon twisted roll is no exception.

Yes, rum raisins are totally suitable before noon. If mimosa and bloody Mary are invited to brunch, I see no reason why rum raisins can’t be on the guest list as well.

These rum raisins are not your ordinary rum soaked raisins. I soaked these raisins in dark rum for 5 days. YES. That’s over 100 hours of rum time. And you know? They’re absolutely, insanely delicious.

I intentionally did not glaze these rolls. Surprisingly, 5 day rum soaked raisins are unbelievably sweet (boozy, yet sweet). I couldn’t bear to cover up the raisins. They deserve to be put on display. 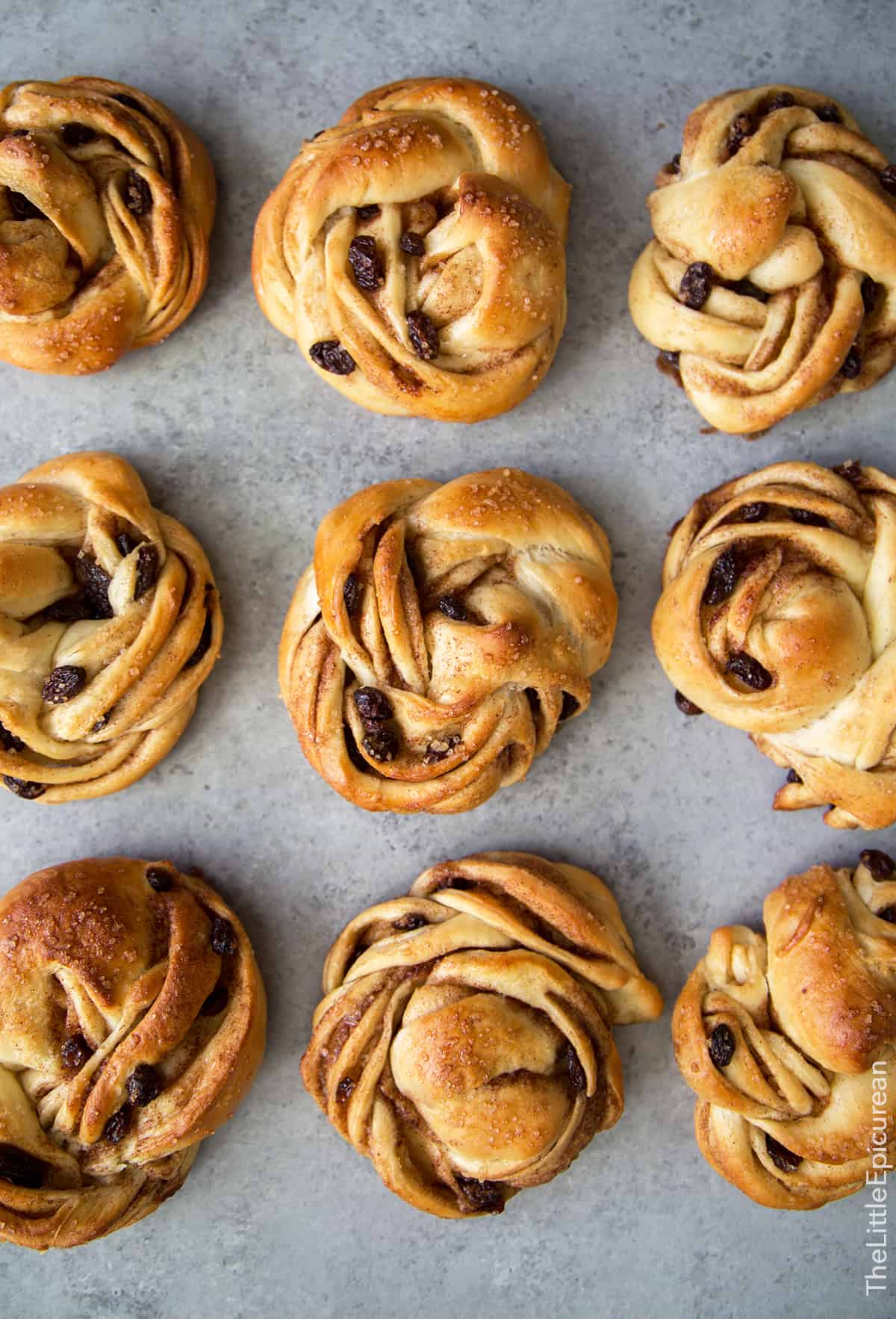 Without any glaze, these rum raisin cinnamon twisted rolls are easy to stack, transport, and share with others. While these rolls are best enjoyed the day they’re baked, they last for a few days.

Keep them stored in an airtight container. Reheat them gently in a toaster over, or pop in the microwave with a glass of water (to keep the dough from drying out) for about 30 seconds.

Be prepared for quite a few twisted rolls and braided buns in the upcoming months. I am loving this method of rolling dough. And, I’m going to make as many rolls and buns as needed to get better at assembling uniform looking bread pieces. 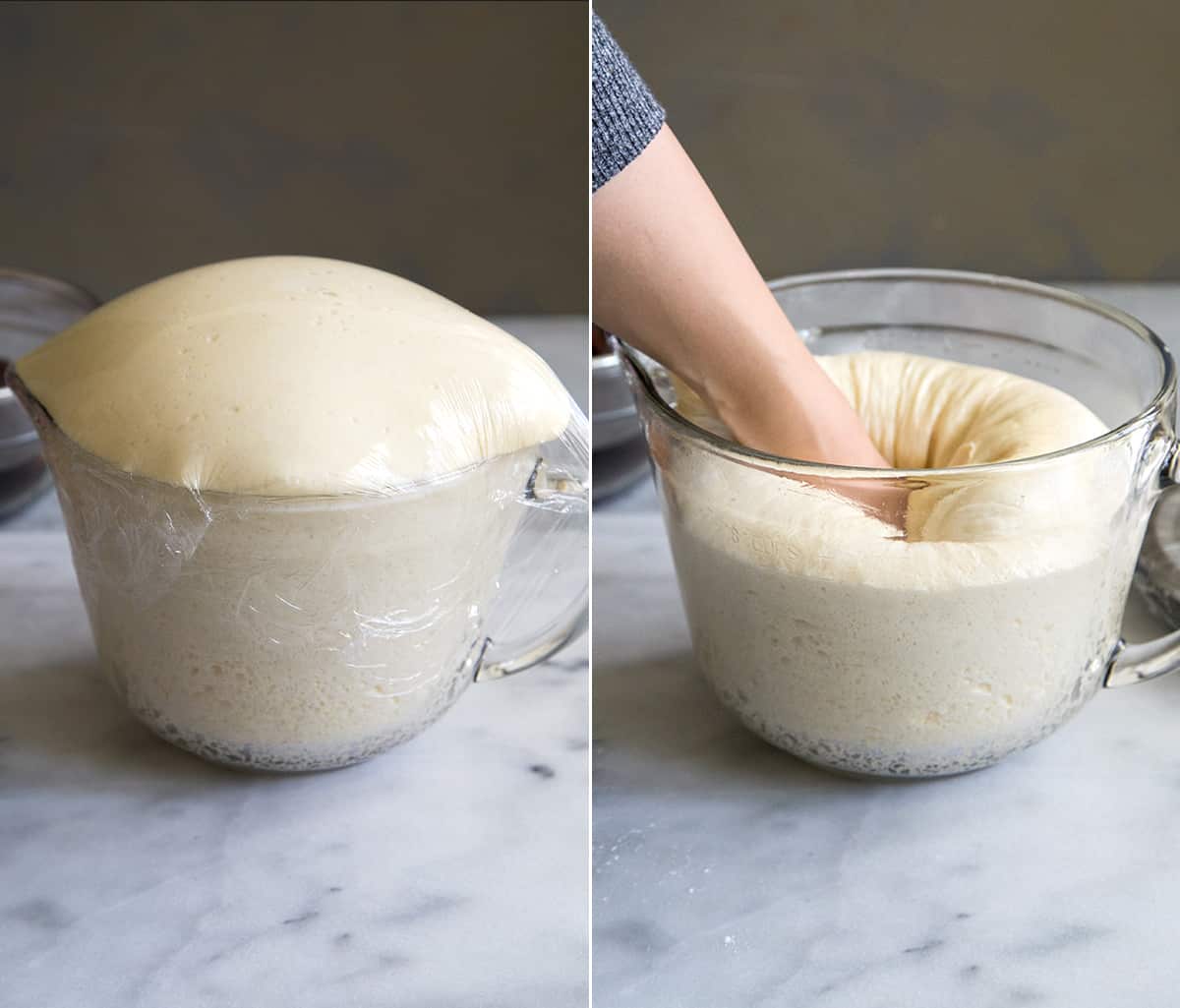 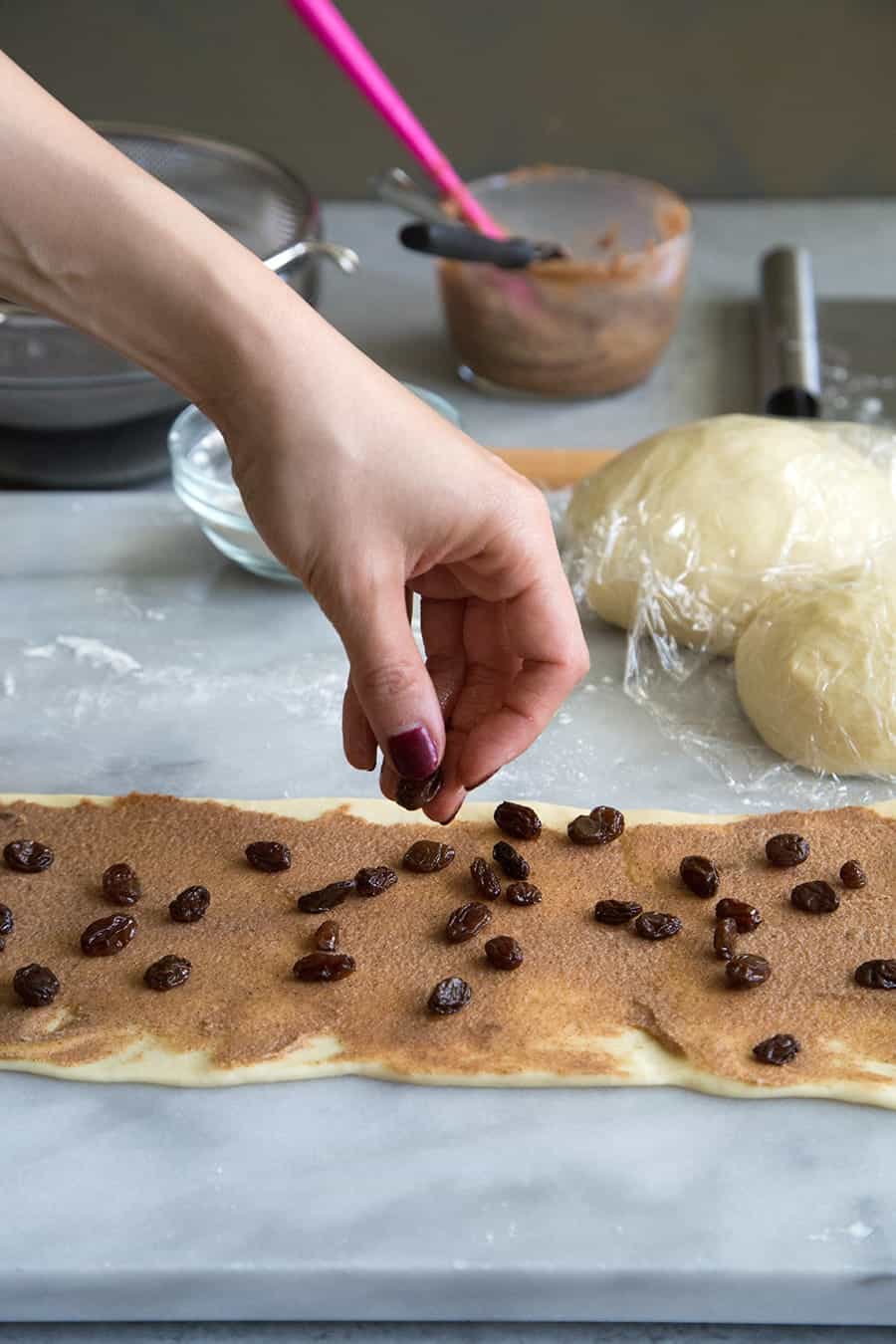 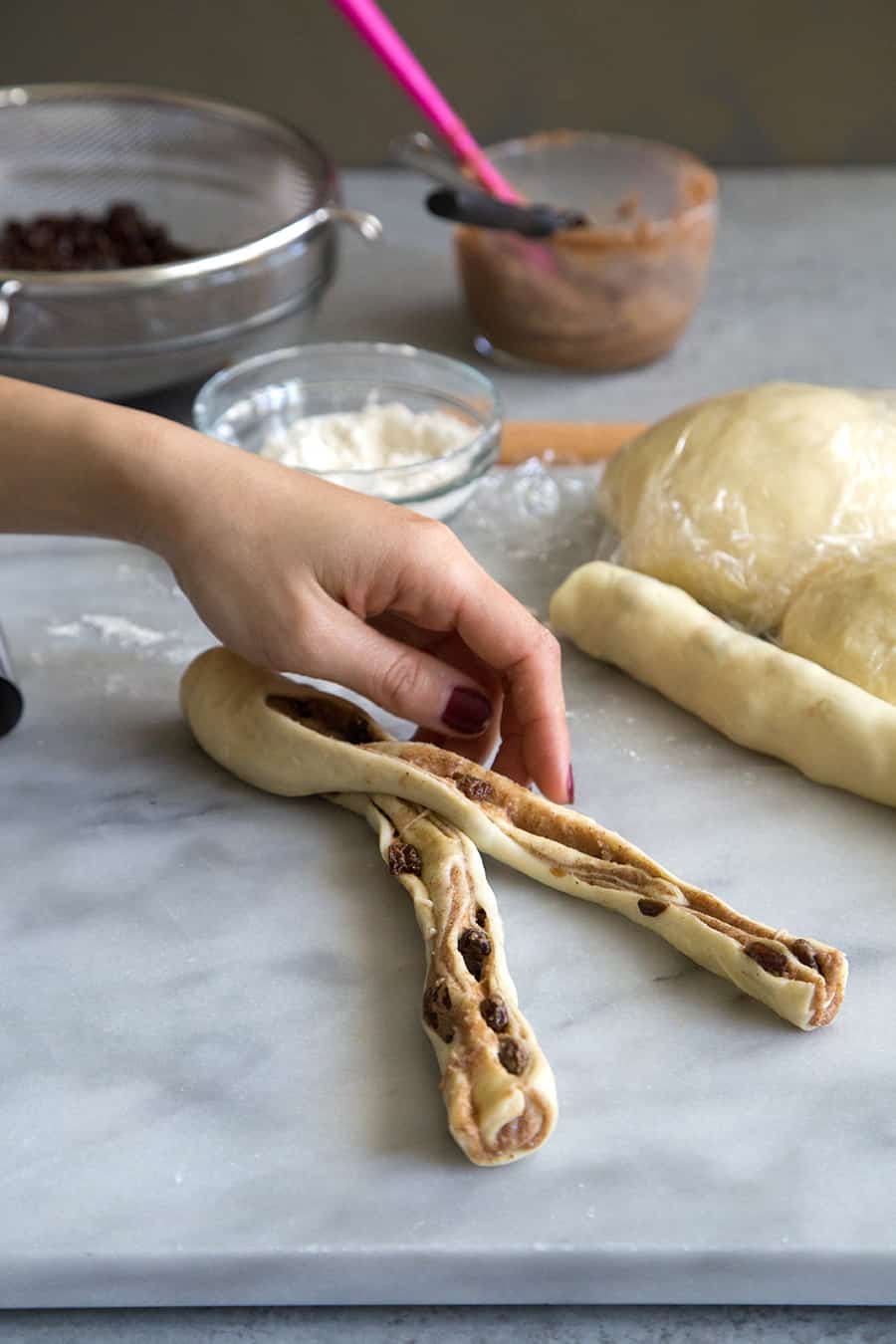 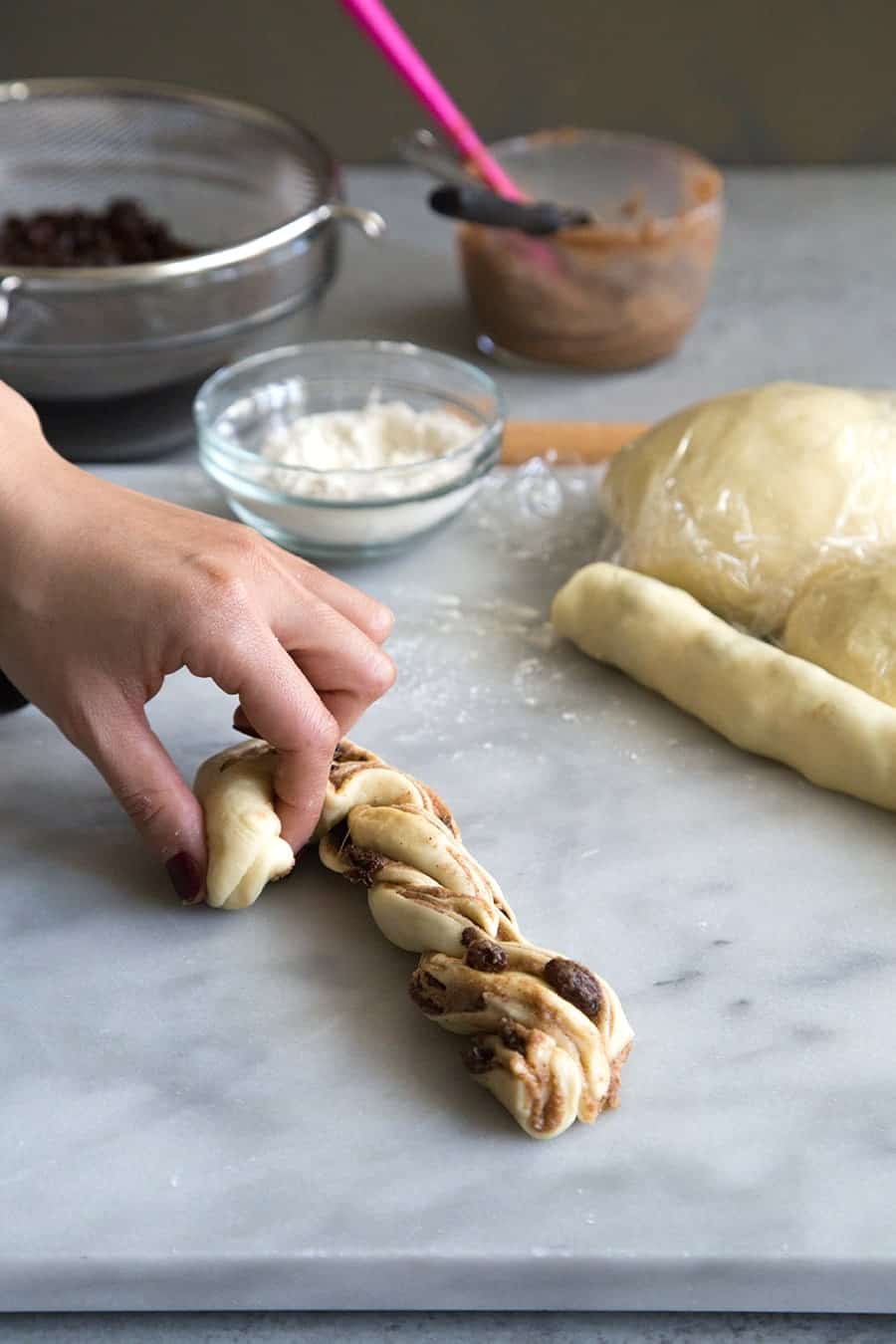 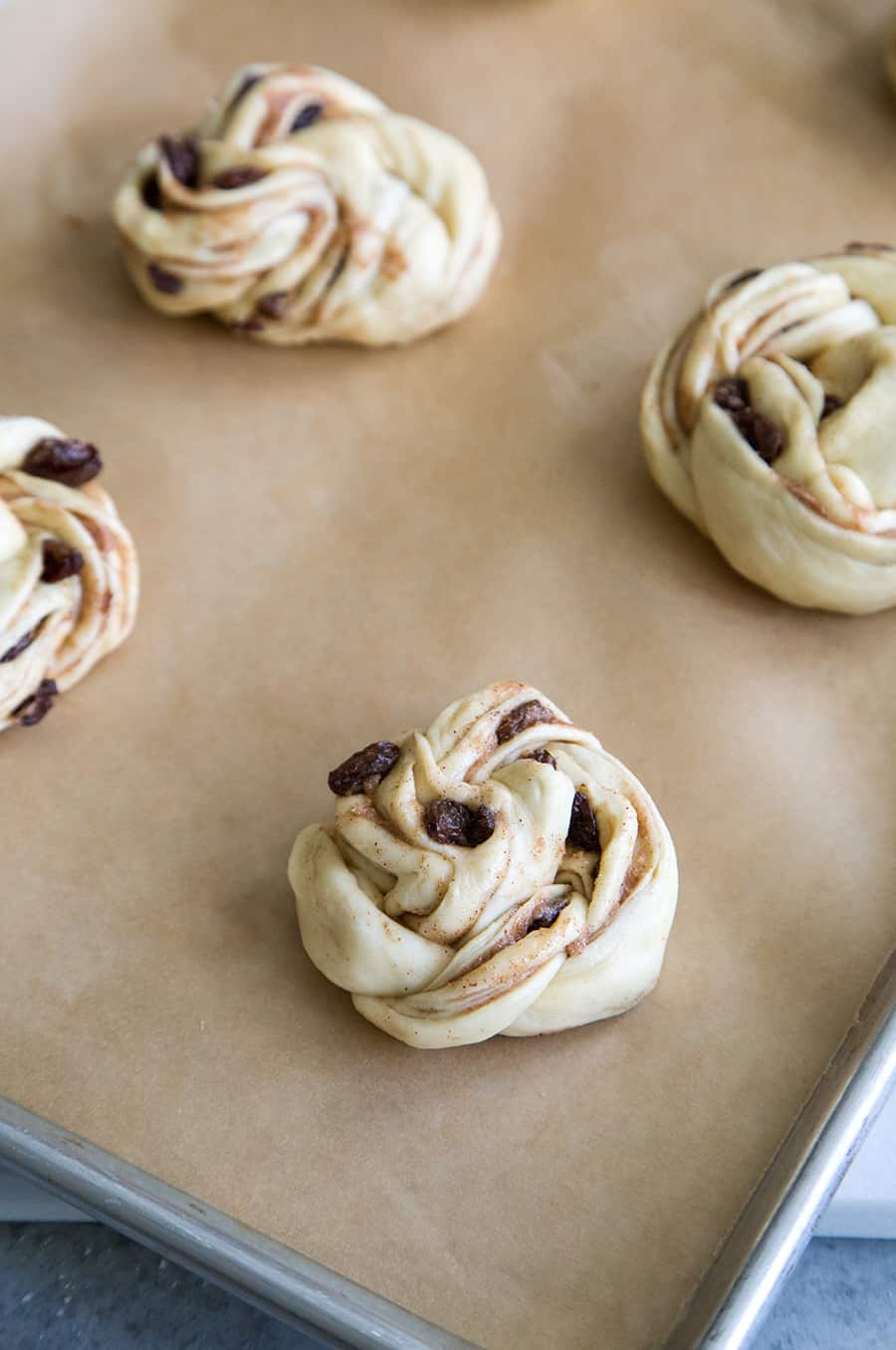 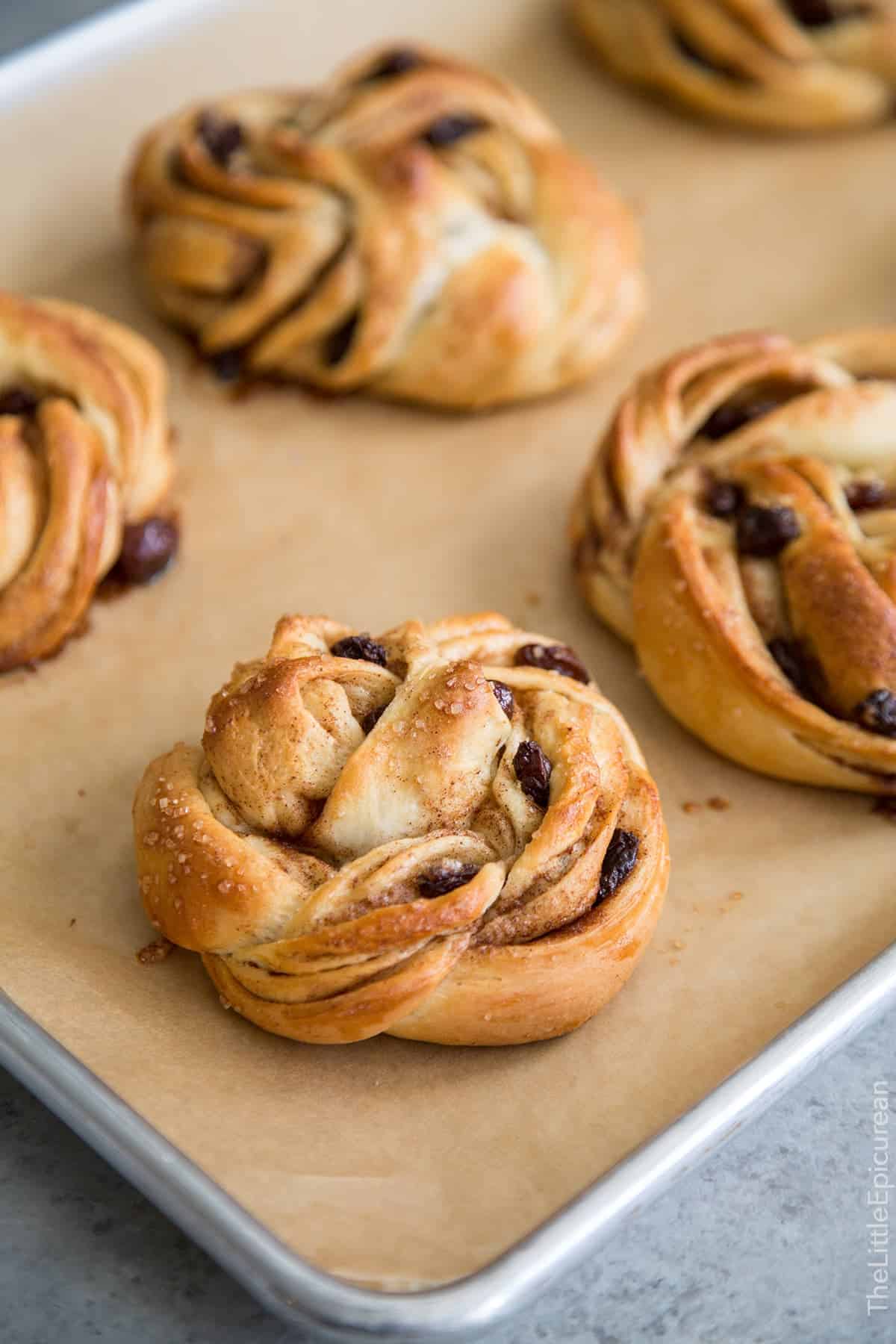 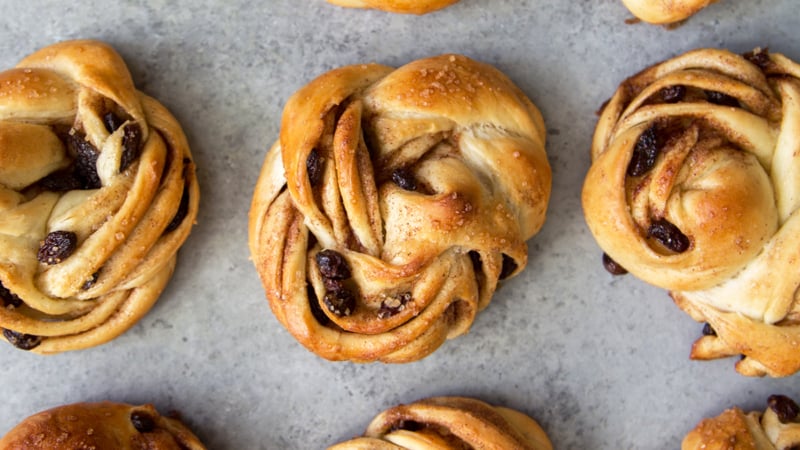 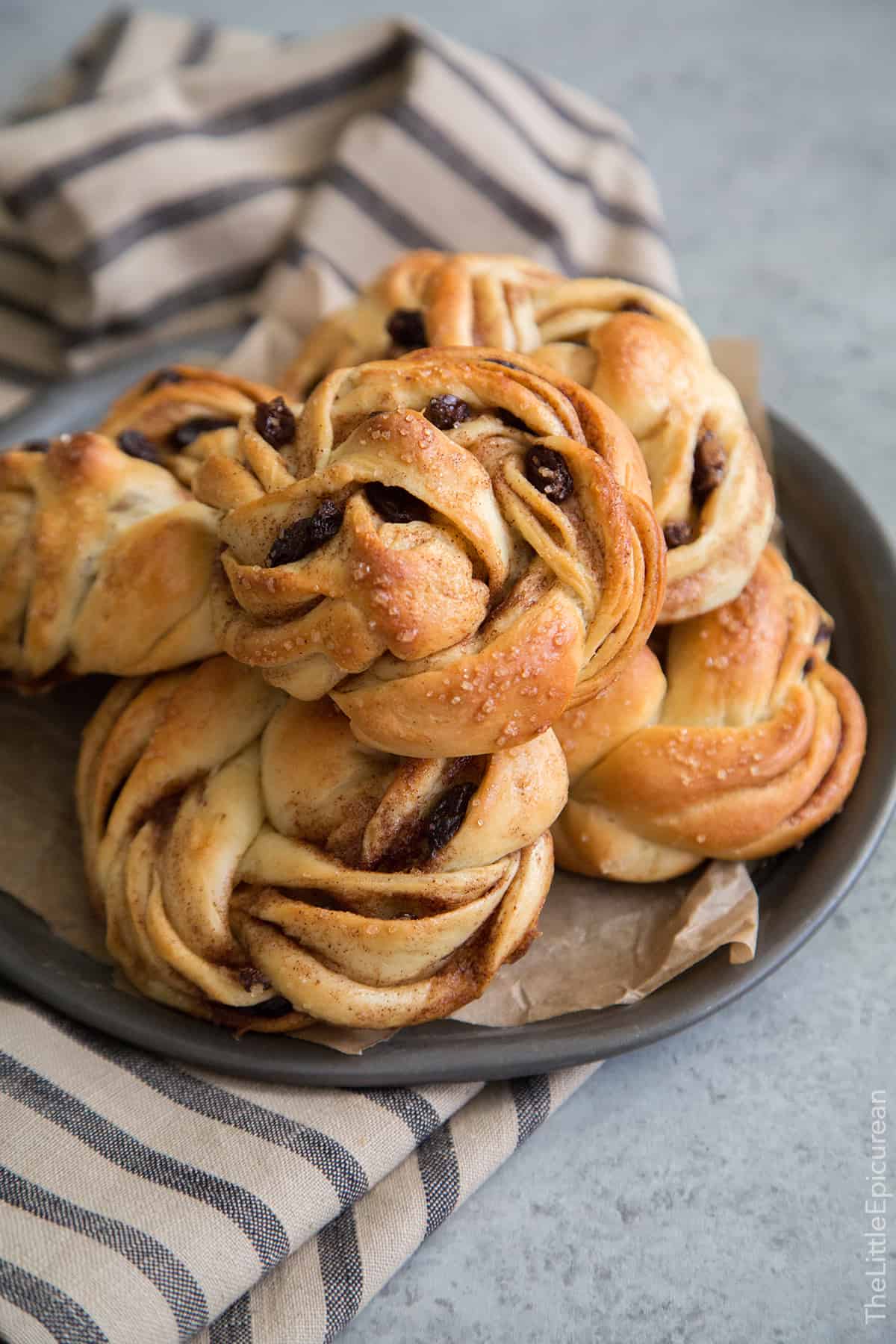 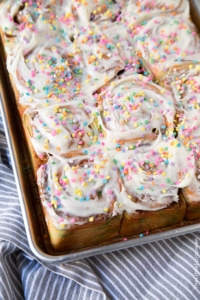 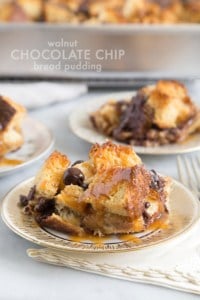 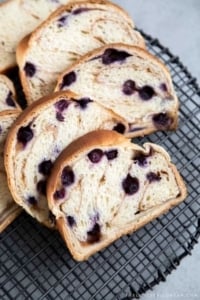 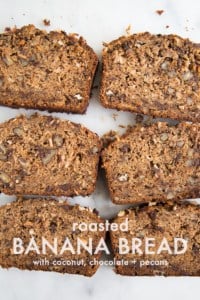