Fresh from the fryer buttermilk donuts coated in a warm cinnamon sugar mixture. 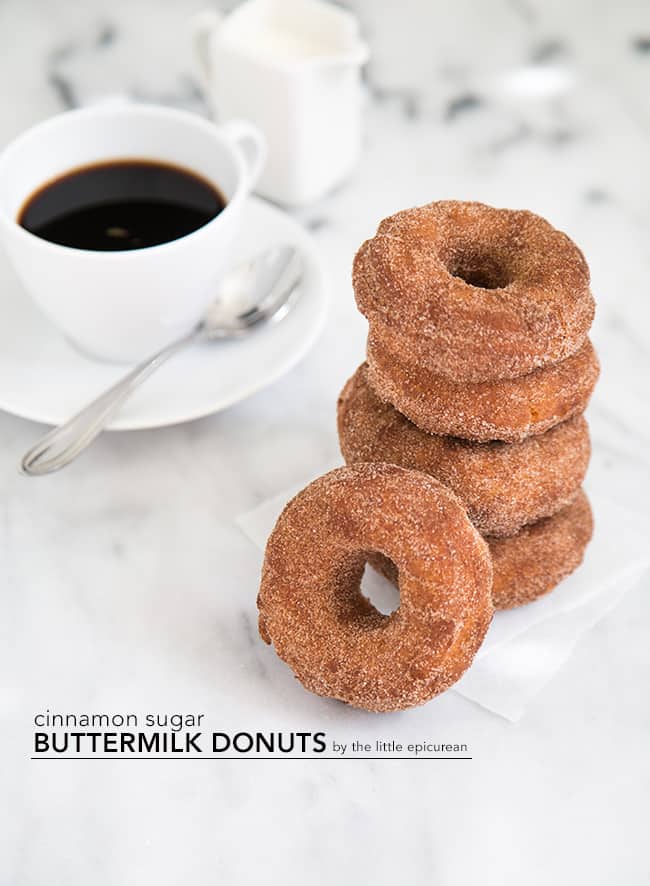 You must be wondering… what’s with all these donuts lately?  Don’t worry, I’ve been asking myself the same question.

Ever since I started my DONUT make me crazy board on Pinterest, I’ve been a donut hound constantly on the lookout for pretty donuts to pin.  However, it seems like most of the donut photos and recipes I find on the internet are baked donuts.

I like baked donuts; I’ve made plenty in the past- however it still doesn’t live up to warm, freshly fried doughnuts.

Instead of scouring the web in search of photos to pin to my board, I’ve taken it upon myself to make as many donuts as possible.  Sounds like a good compromise, I’d say.

But even after I’ve made all that food, I still end up with some extra buttermilk leftover.

Solution to this excess: buttermilk donuts, of course! 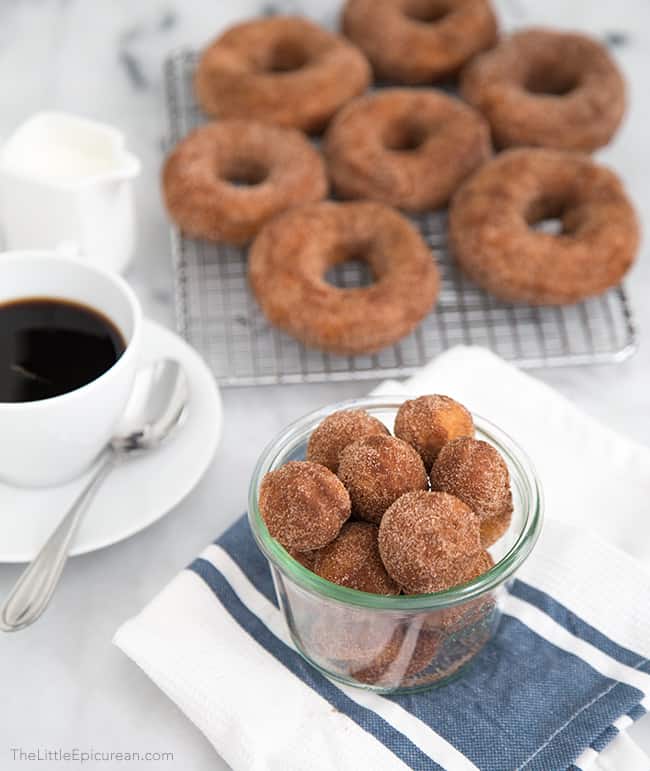 Best part about making traditional round donuts (instead of the square strawberry shortcake doughnuts I made last week) are the doughnut holes!  It’s like making two desserts in one.

The round ring donuts are great for breakfast and mid-morning eats at the dining table with a cup of coffee.

And the doughnut holes are perfect to take to work for all-day snacking at your desk.

Did I just admit that I ate ALL the doughnut holes while working?  Okay, fine.  I did.  But hey, at least I shared. 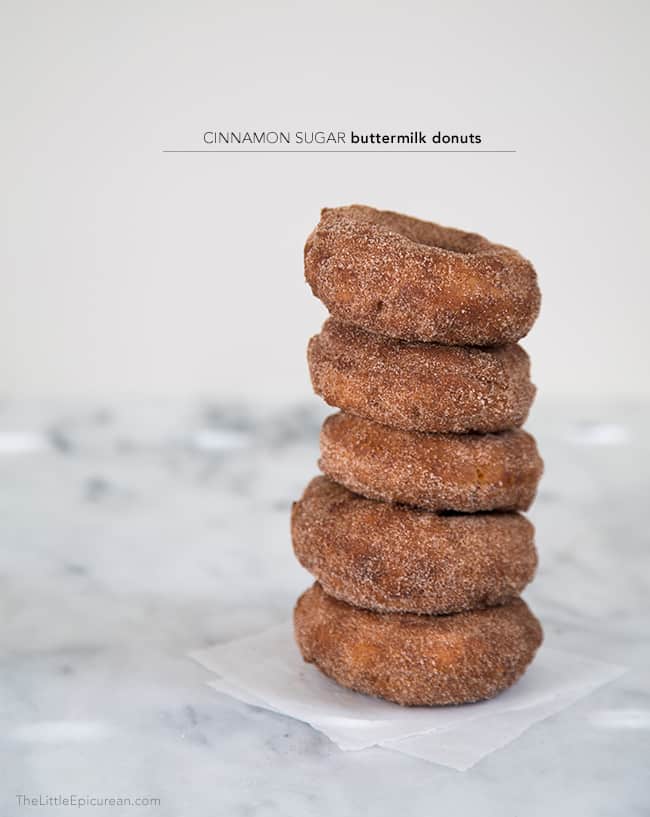 While I chose to coat the donuts in cinnamon sugar, these donuts are also great for dipping in glaze or melted chocolate, and topping with sprinkles!

Have a favorite donut you’d like me to recreate?  Let me know in the comments section and I’ll try to make it for you!

These cinnamon sugar buttermilk donuts are similar to old-fashioned cake donuts from the donut shop. Be sure to eat them when they are fresh and warm! It makes a world of a difference! 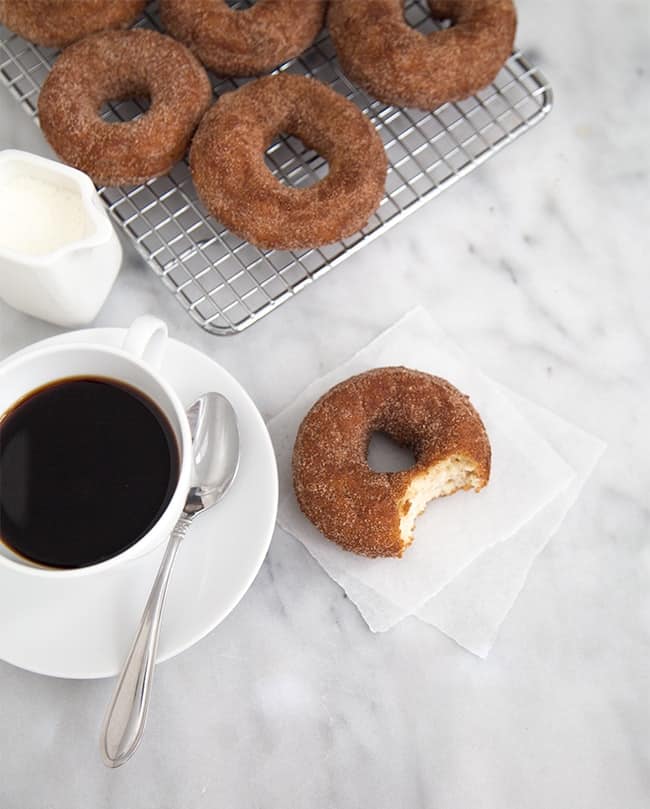