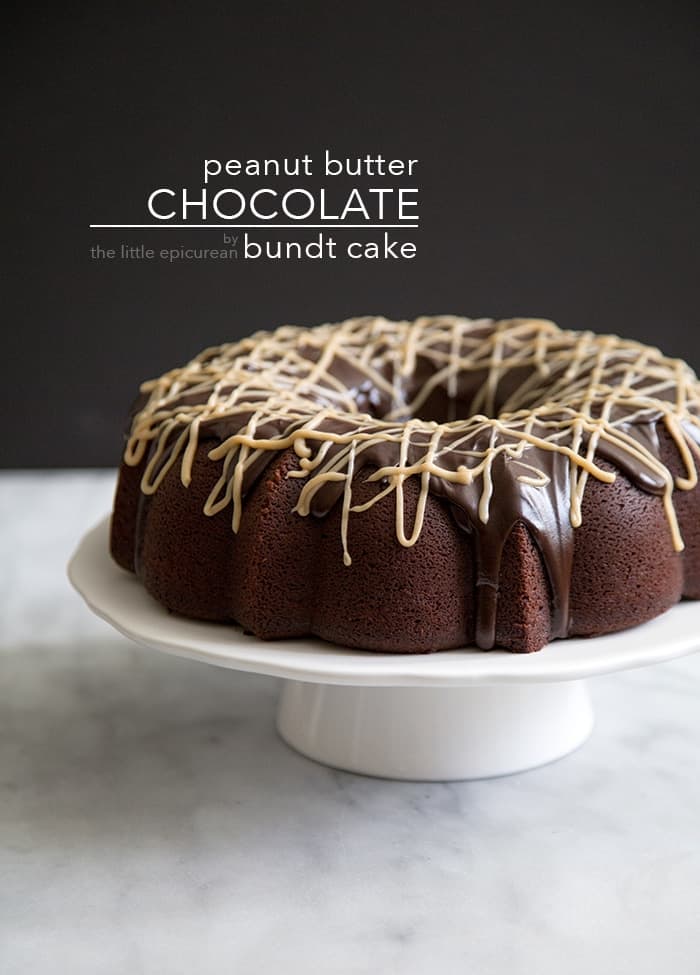 Because of all the craziness of this summer, I didn’t make Alex a birthday cake.  Blasphemous, I know.  His birthday was almost two months ago and I owe him a cake.

Even though I bake him a cake every year, he never expects one.  Alex is quite simple when it comes to birthdays.  I, on the other hand, am not.  With Alex being a chef and all, you would think that he would also bake me birthday cakes.  The short answer is no.  The long answer is: he made me a cake once, but…

In 2010, Alex did make me a cake.  He made this monstrous German chocolate cake.  He brought it to my house at midnight to surprise me. Earlier in the day, I had been calling and texting him like crazy.  He wasn’t responding.  I cannot stand delayed responses.  People have their phones on them at ALL times.  I don’t get why he wasn’t returning my calls.  I was SO MAD. (Yes, I tend to be very emotional and I overreact all the time.  But hey, I’m learning to get better about those things.)

Anyway, hours later he shows up at my door with the cake.  Apparently he had been busy making the cake.  His explanation was not enough for me.  I didn’t eat the cake and I stayed angry for a couple more hours.  (I can be quite dramatic.)  As a result of that entire ordeal, Alex has never tried to make me a cake ever again. 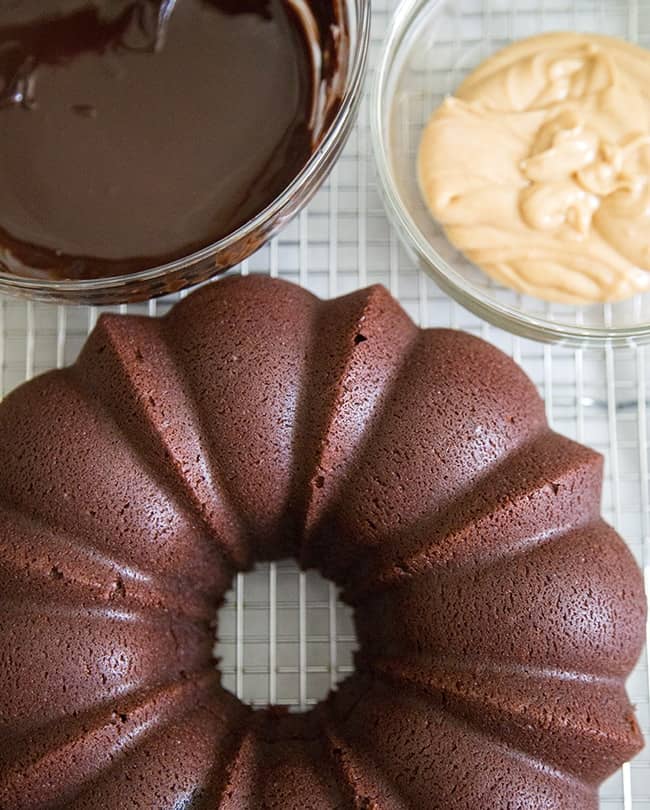 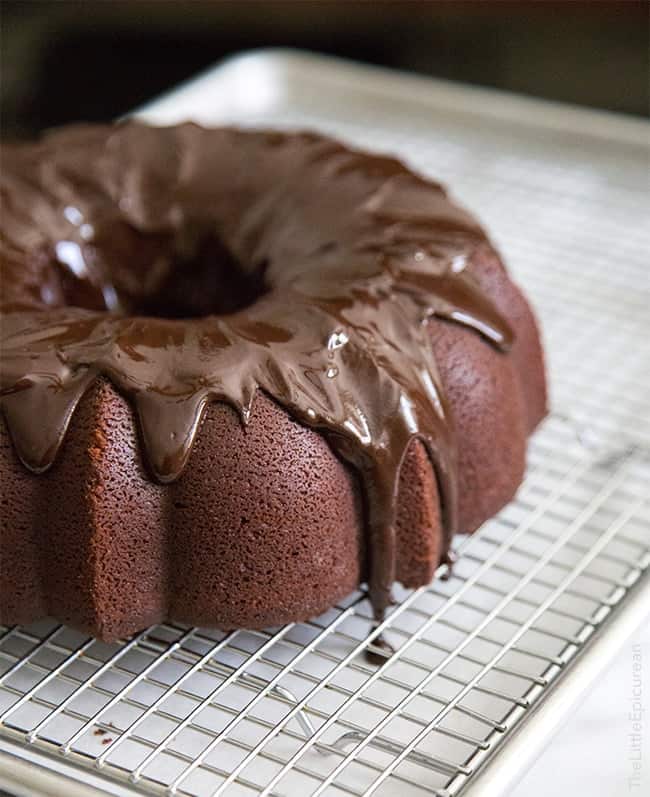 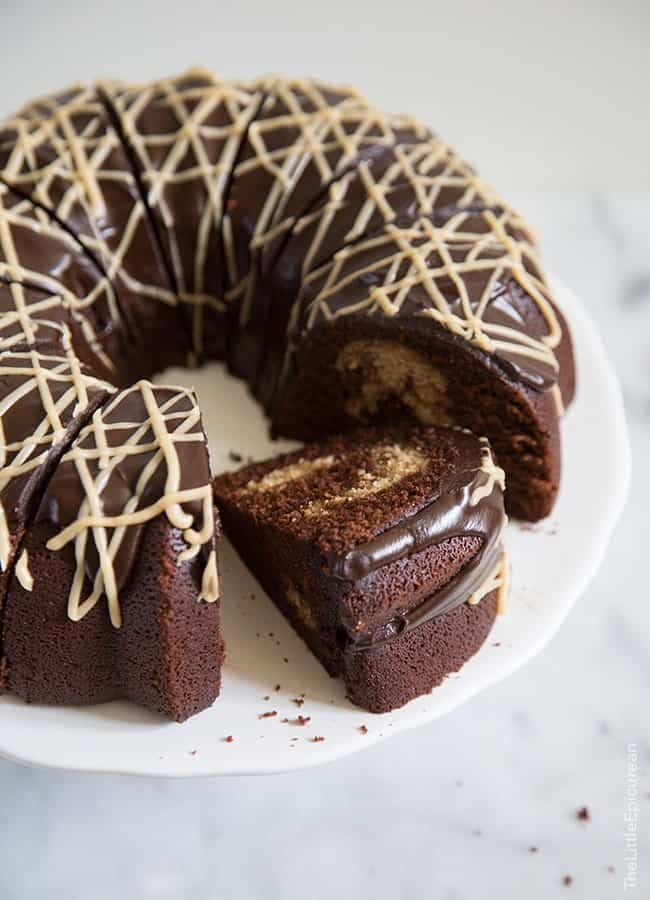 Peanut butter and chocolate is Alex’s favorite combination when it comes to desserts.  I didn’t tell him what kind of cake this was when I presented it to him.  It wasn’t until he saw the slice that he realized I included peanut butter.  From the outside, it looks like a regular chocolate bundt cake, but inside there’s something special. 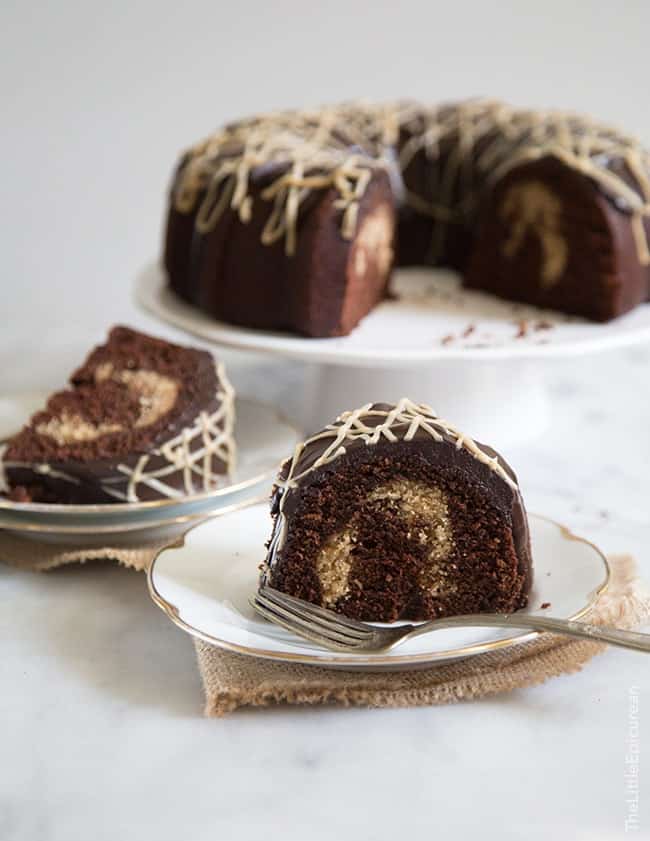 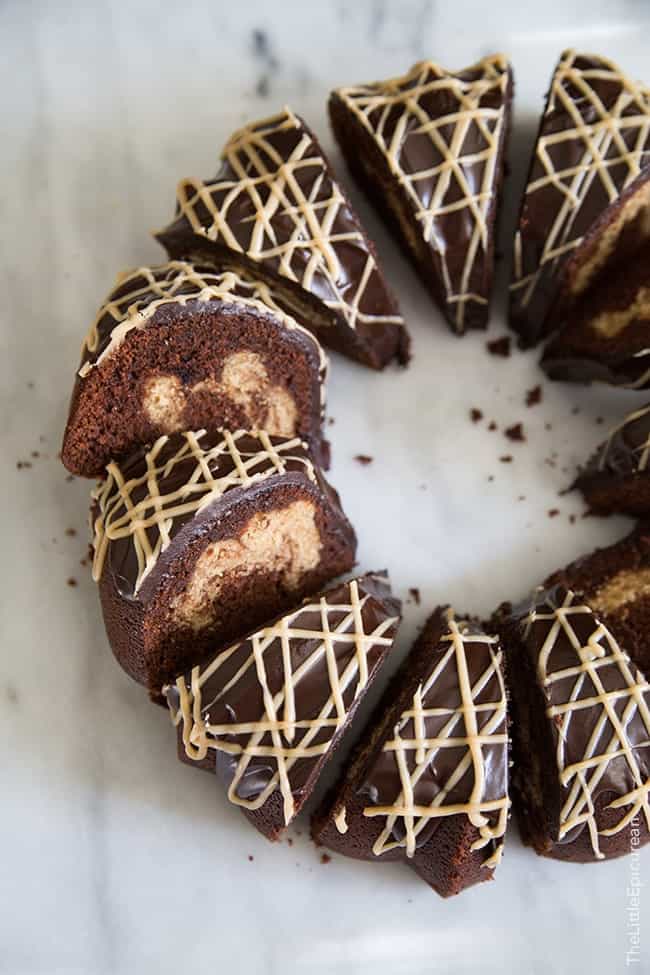 I was inspired to make a bundt cake after seeing the latest issue of Martha Stewart Living.  On the cover there is a beautifully sliced and styled coffee cake.  The styling of my chocolate bundt cake is in homage that one.

Alex loved his cake.  He enjoyed a slice (maybe two) with a glass of ice cold milk.  I promise next year I’ll be more timely with his birthday cake…but I think this peanut butter chocolate bundt cake was worth the wait.

The peanut butter cake filling is not creamy.  It will be more cake-like in texture.
Author: Maryanne Cabrera
Did you make this recipe?Show us on Instagram! Tag @littleepicurean and hashtag #littleepicurean. 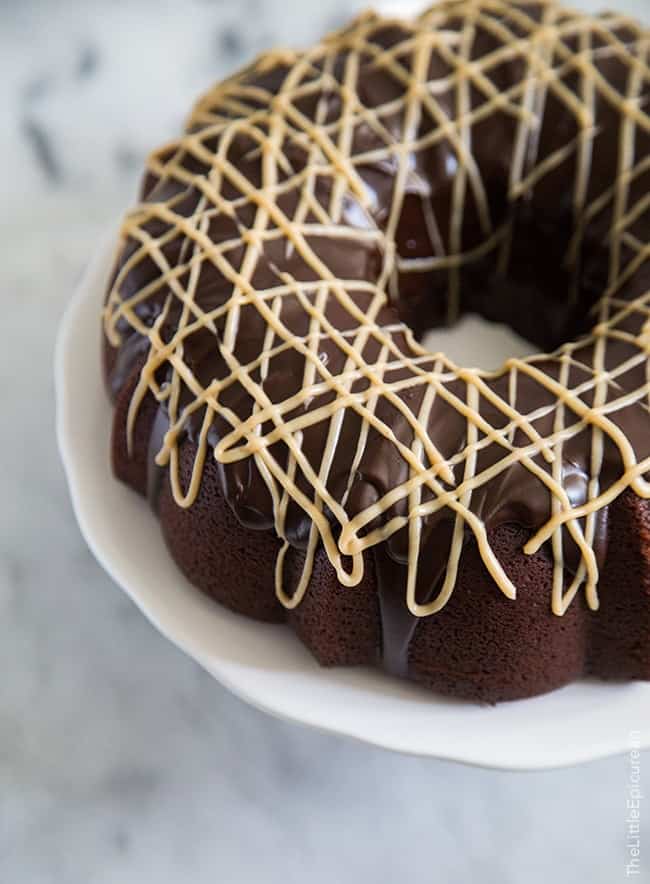 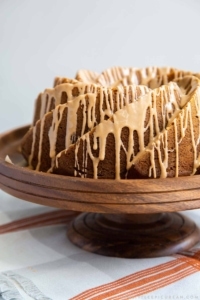 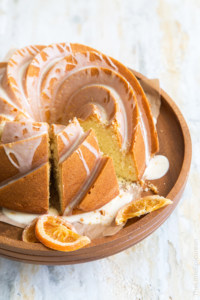 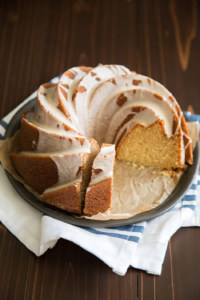 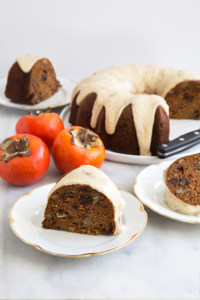