Vanilla cupcakes studded with sprinkles and topped with traditional American buttercream. These funfetti cupcakes are great for any celebration!

The popularity of Magnolia Bakery and Sprinkles Cupcakes brought about a massive cupcake boom in the early 2000s. For a while, you could not escape designer cupcakes.

Some twenty years later and the cupcake craze has seemed to finally settle.

Classic homemade cupcakes are back in style!

I believe in celebrating the big moments as well as the small, little victories in between.

No need to wait for a birthday to make these funfetti cupcakes. Why wait? Any random day will do.

It’s the unexpected, unplanned, spontaneous little things that turn the mundane and ordinary into fun and interesting.

I may be a little old-fashioned for loving vanilla, but the addition of sprinkles, takes these “plain” vanilla cupcakes into something festive and exciting!

These easy homemade funfetti cupcakes are made from scratch. It’s definitely tastier than any pre-made box mix!

Did you grow up eating funfetti cupcakes at childhood birthday parties? Yes, those super sweet cupcakes topped with canned frosting!

These cupcake tastes like an updated more sophisticated version of those childhood ones. This version is not cloyingly sweet. The flavor is more balanced.

You will need a standard 12-cup muffin tin (or cupcake pan). The batter can easily be mixed together using a stand mixer or an electric hand mixer.

Standard American buttercream is a simple mixture of softened butter and powdered sugar (aka confectioners’ sugar).

For best results, I highly recommend using the paddle attachment on a stand mixer to beat together the buttercream. An electric hand mixer will work. However, the resulting buttercream will not be as fluffy.

FOR MORE FUNFETTI FUN, check out these recipes: 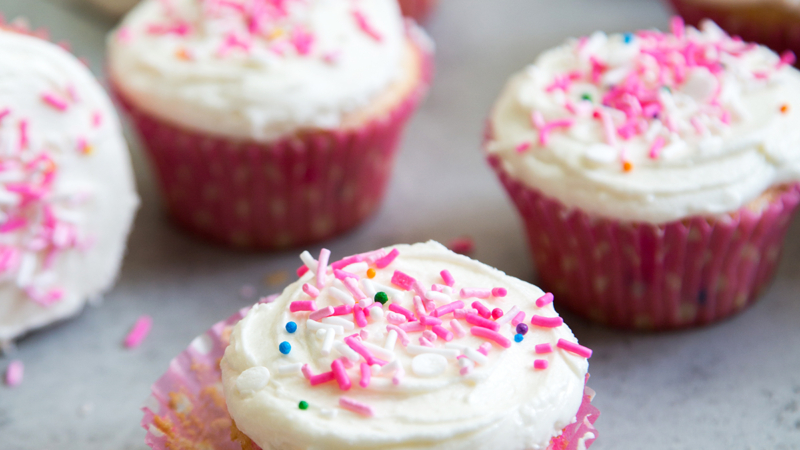 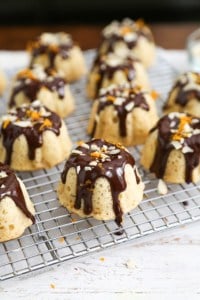 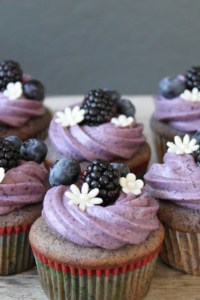 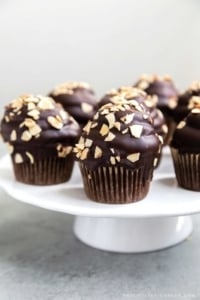 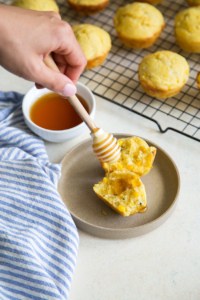