These skillet rocky road brownies are made with marshmallows, nuts, and chocolate chunks. Top it with a scoop of ice cream for the ultimate dessert. 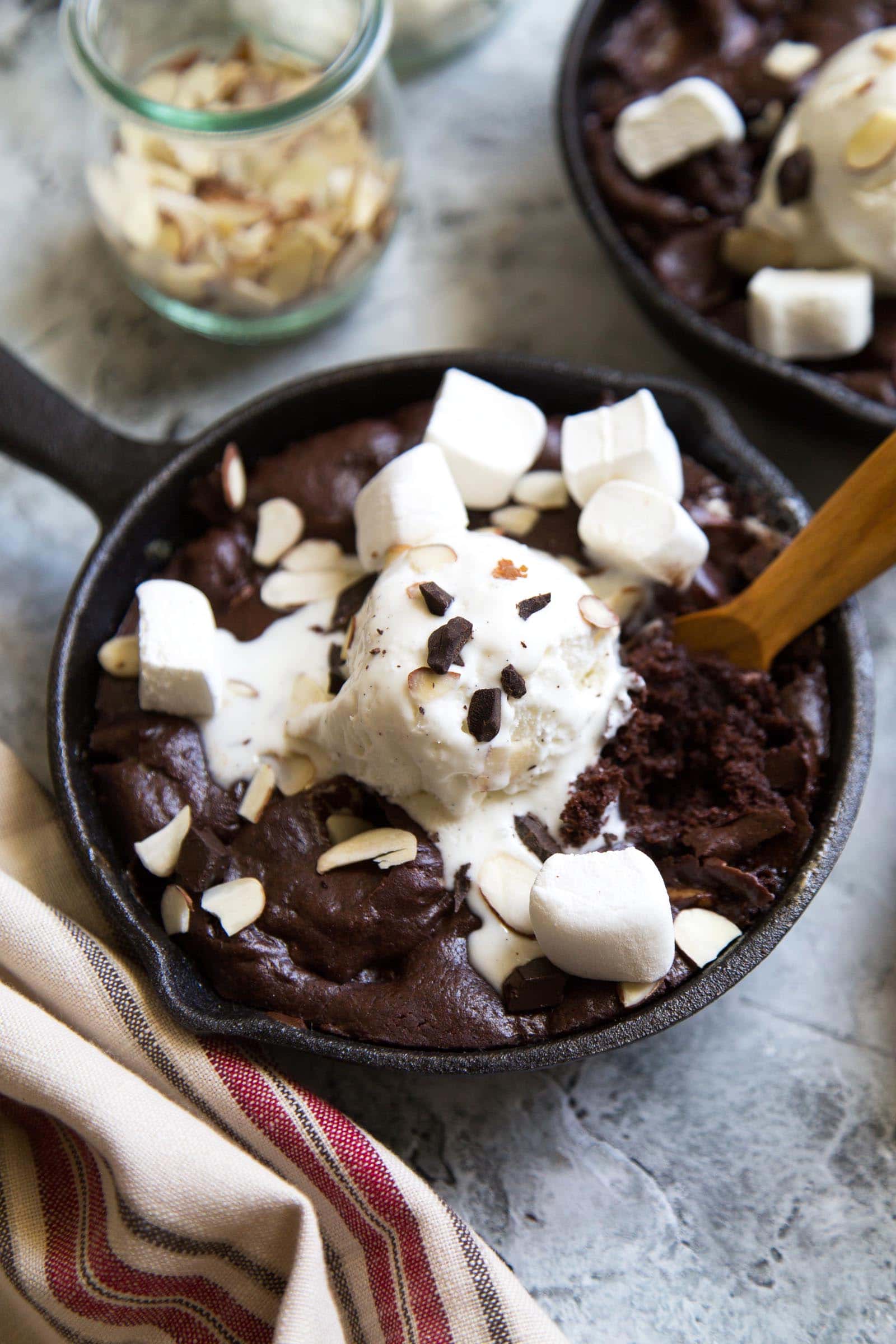 I made skillet rocky road brownies for three reasons. 1.) Chocolate is a must when you’re watching any Game of Thrones season premier. 2.) GOT is chock full of drama, obstacles, challenges, and bumps in the road. In the dessert world that translates to rocky road! 3.) With these skillet brownies, everyone gets their own. No need to share!

I’ve never been so excited for a television show. (SPOILER ALERT!) Watching Arya take major revenge on House Frey was 100 times more satisfying than watching Ross and Rachel finally end up together, Monica and Chandler with their twins, and even the ending of Parks and Recreation (my fav show ever).

I’ll be glued to the couch every weekend for the next seven weeks. And yes, it’s likely I’ll be making some variation of skillet brownies as well. 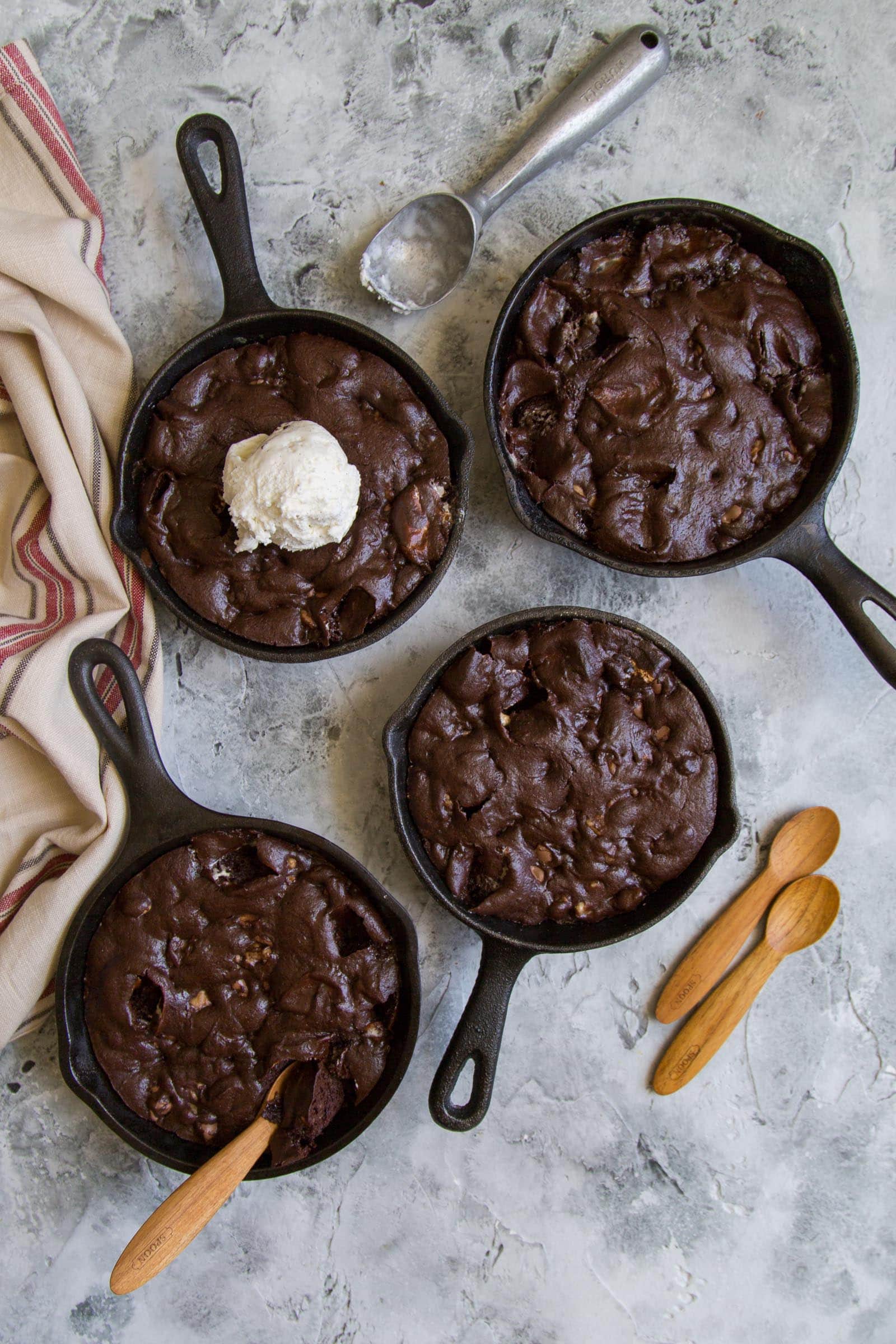 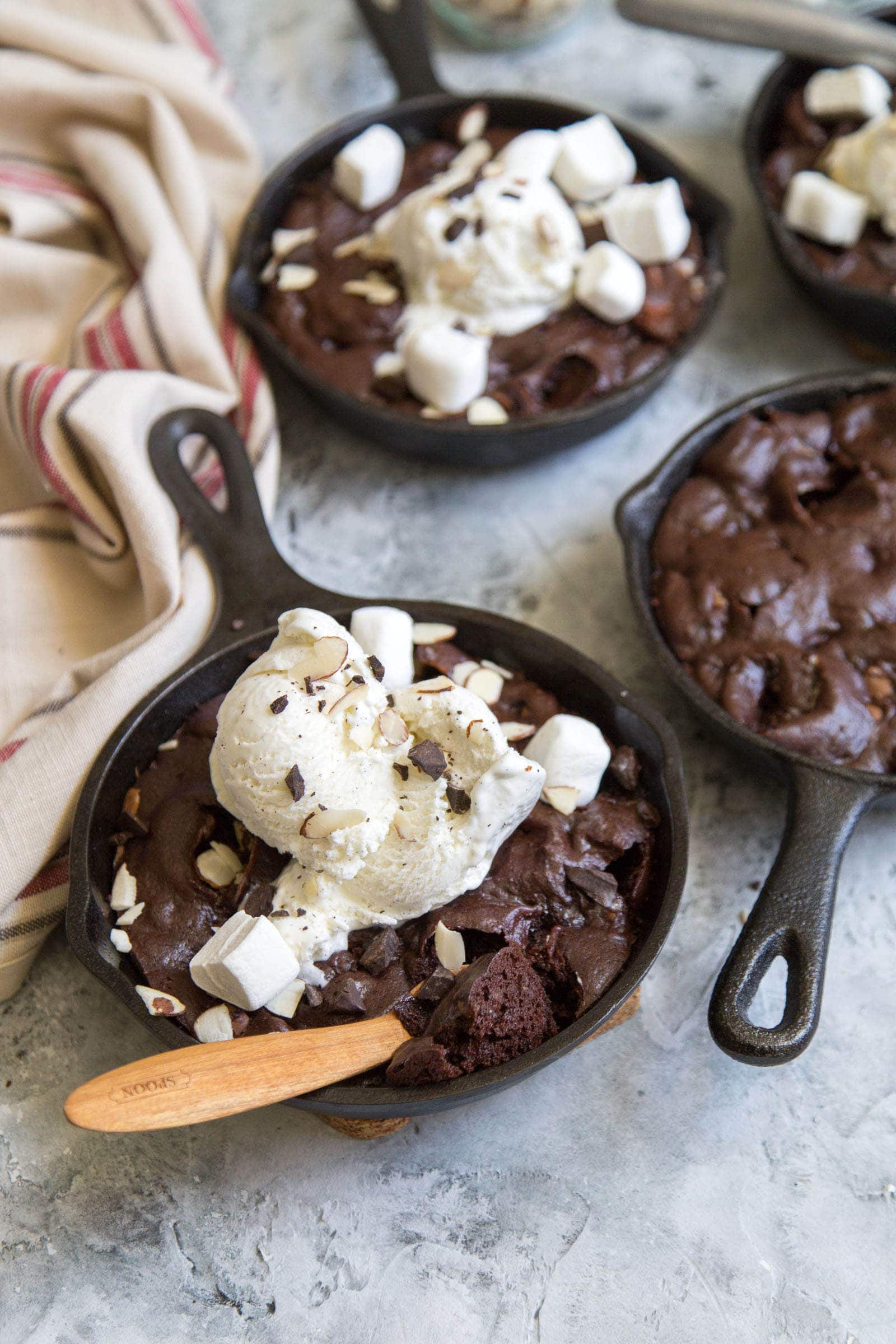 For the ultimate dessert, you could totally finish these skillet rocky road brownies with rocky road ice cream, followed with a chocolate fudge drizzle, whipped cream, and a cherry on top.

If you’re feeling really crazy, try adding a scoop of my movie night ice cream! Or, you could stick to vanilla ice cream. I LOVE vanilla.

Some people may say it’s plain or boring, but I think vanilla ice cream is fantastic with everything! 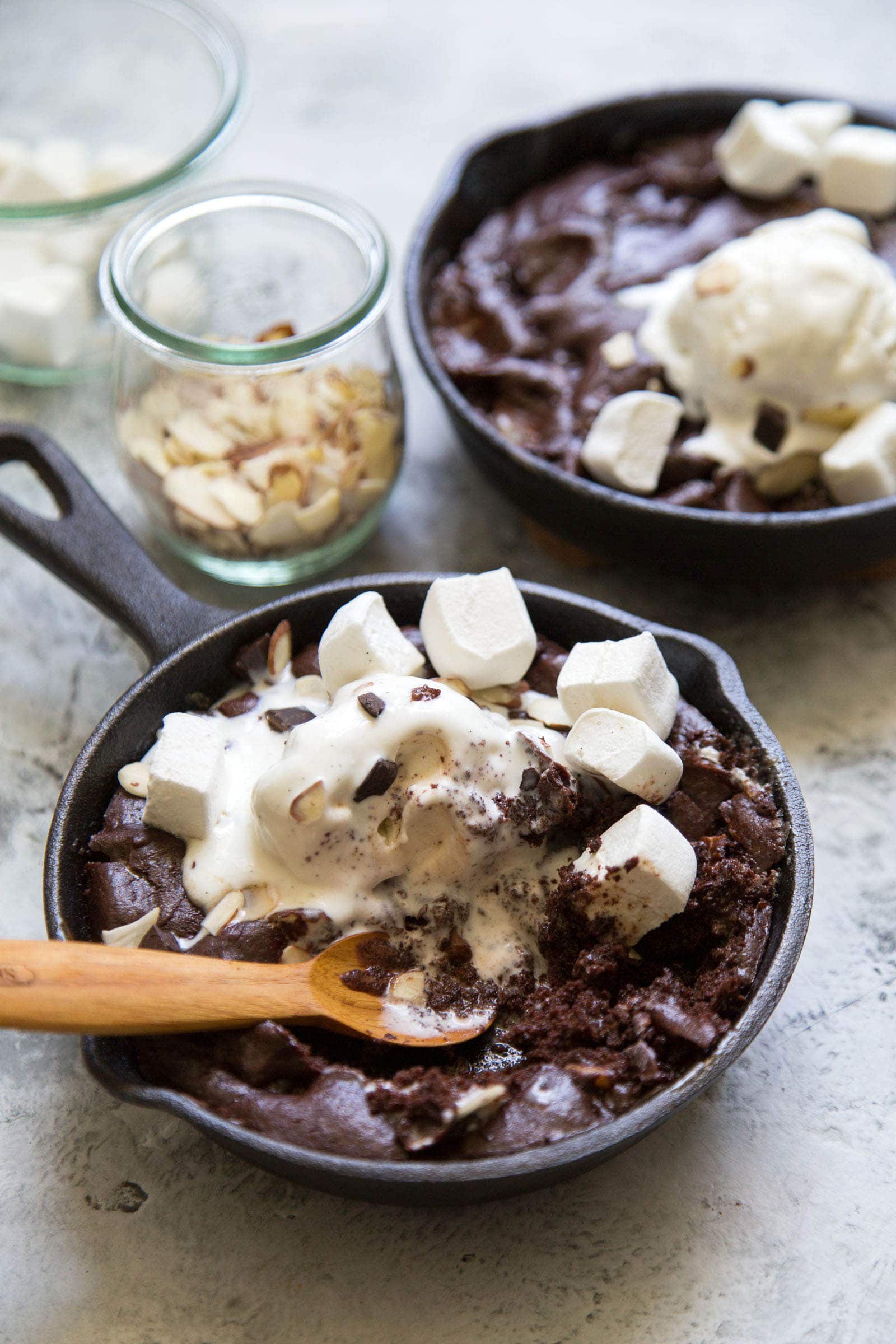 This easy one bowl brownie mix is perfect for customizing. Don’t like rocky road? No problem. The mix-ins possibilities are endless: add a medley of chocolate chips, swirl in caramel, toss in chopped chocolate candy bars.

And best of all, if you’re really pressed for time, you can totally sub in your favorite boxed brownie mix. I won’t tell.

These skillet rocky road brownies are made with marshmallows, nuts, and chocolate chunks. Top it with a scoop of ice cream for the ultimate dessert.
Yield: four 5-inch cast iron skillets
Print Recipe Rate Recipe 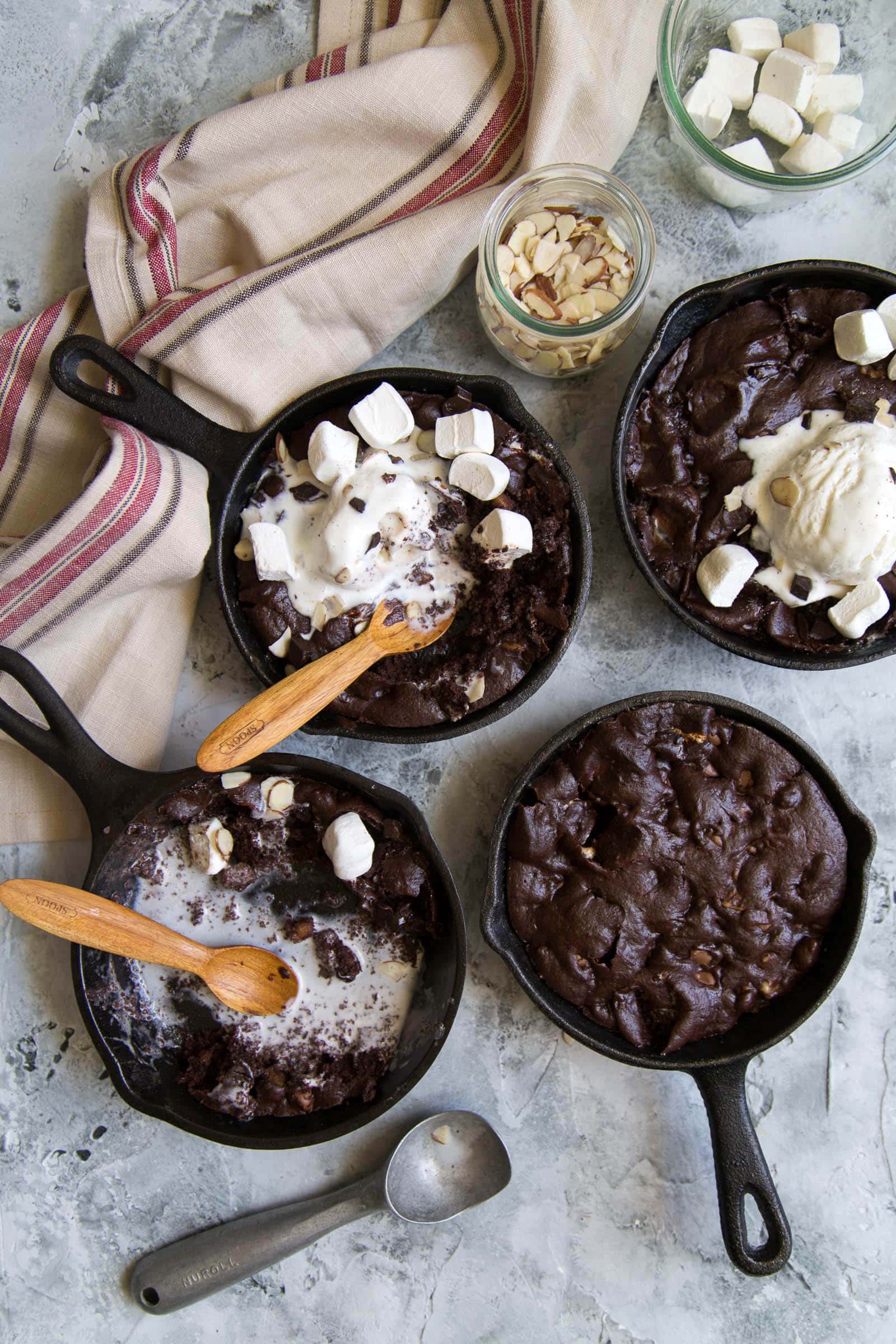 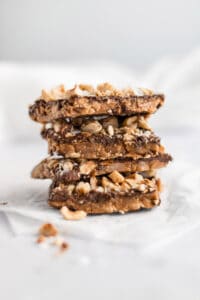 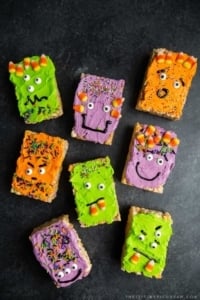 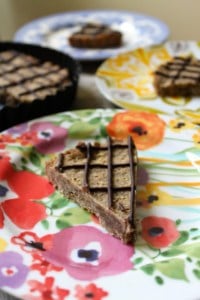 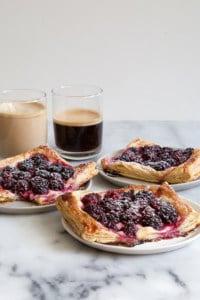