Also known as brioche aux amandes (almond brioche), almond bostock can be best described as a cross between French toast and an almond croissant.

Almond bostock, also known as brioche aux amandes (almond brioche), can be best described as a cross between French toast and an almond croissant.

There are numerous variations on this buttery, crunchy breakfast treat.

Bostock is usually made with a thick slice of day old brioche bread. It also works well with challah or other enriched white breads like Japanese milk bread.

The bread is lightly soaked with simple syrup and topped with almond frangipane (or almond cream). It is covered with sliced almonds and baked.

You can use all sorts of different flavored simple syrups, jams, fruit preserves, or spreads, however, one constant among all bostocks is the the thick enriched bread used.

(Have a peek at this fig pistachio bostock! It’s made with pistachio spread, fig jam, and fresh fig slices!)

It is crucial to use a thick slice of bread.

The bostock bakes crisp on the outside and remains a bit soft and custard-like in the center. That contrast is what makes this breakfast pastry so delicious.

For this variation, I spread orange marmalade over my Japanese milk bread. (If you live near Trader Joe’s, I highly recommend using their sliced French brioche!)

The almond frangipane spread can be made in advance and stored in the fridge until ready to use.

The spread will harden in the fridge. Allow it soften and come to room temperature before use. Stir up the spread until it is soft, pliable, and creamy- otherwise, you’ll have a difficult time spreading it on the soft brioche bread.

Alternatively, you can also dollop cold bits of the almond frangipane. It will spread and melt as it bakes.

What is almond frangipane?

Frangipane is a creamy filling made with almonds. It is used to fill various pastries, tarts, and other baked goods. Frangipane is made by combining ground almonds with butter, sugar, and eggs.

Since I like my frangipane with a little extra almond “flavor”, I add a touch of pure almond extract.

I also added vanilla and orange zest for an extra dimension of flavor. It adds a nice freshness and liveliness to to this otherwise sweet and decadent treat.

This orange almond bostock is a favorite in my house and I foresee many variations coming soon! 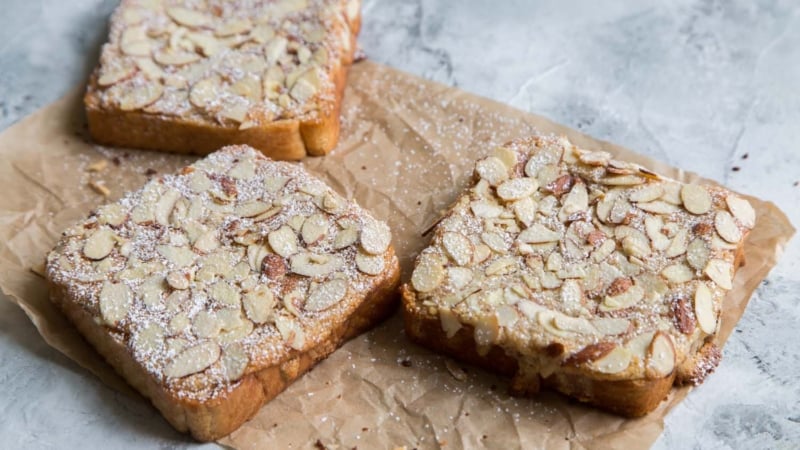 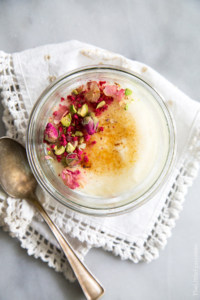 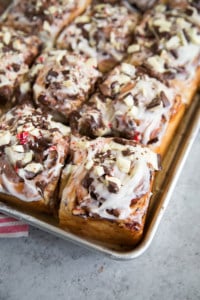 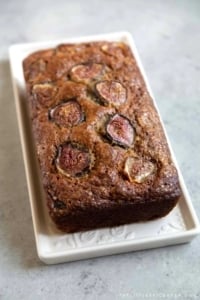 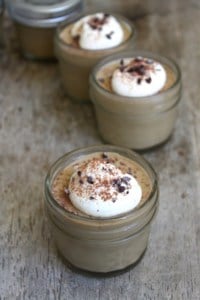