Skip a trip to the donut shop. Homemade maple cruller donuts are easy to make!

There are yeast doughnuts. There are cake doughnuts. And then, there are French crullers.

Crullers have the same airy qualities as yeast doughnuts without the use of yeast!

Instead, these doughnuts rely on pâte à choux for texture.

What is pâte à choux ?

This dough is used to make profiteroles, eclairs, gougeres, and French crullers!

How to make pate a choux

After mixing the dough to a smooth paste, check it’s consistency using the “V test.”

A wooden spoon or spatula can also be used for this test.

If the V shape is not achieved, continue to beat the dough for another minute or two. Then, try again.

I learned about this “testing” technique in culinary school. The recipes we were taught had very minimal instructions. Instead, we were trained to focus on visual clues.

The prepared pâte à choux dough rests in the fridge for about 30 minutes to cool down and stiffen up.

This step is not required, but it does facilitate easier piping.

While the dough is chilling, cut eight 4-inch parchment squares.

Brush both sides of the parchment squares with vegetable oil. Arranged oiled squares on a large baking sheet.

How to pipe cruller doughnuts

Transfer the chilled dough to a pastry bag (piping bag) fitted with a 16 mm star tip.

Pipe a large circle within the space of the 4-inch parchment square.

Apply even pressure when piping the circle.

At the end, simply release pressure and pull the tip away following the shape of the circle. Don’t worry about the little overlap.

How to achieve the distinct cruller shape

Temperature! Temperature is very important in achieving the desired cruller ridges, as well as a nice fluffy interior.

After piping the dough, allow the crullers to chill in the freezer while the frying oil heats up.

During this time, the dough will form a semi-hard outer layer skin.

It it vital to use a candy or deep fry thermometer in order to keep the frying temperature constant.

The oil temperature will fluctuate as doughnuts are added to the pan.

If the oil is too hot, the doughnut will brown too fast. The doughnut may expand too fast causing the doughnut to deflate and collapse once removed from the oil.

The fried cruller dough itself has no flavor, other than butter and sugar. It is a blank canvas.

To add flavor, dip the fried cruller into your choice of glaze: vanilla, chocolate, cinnamon, etc.

Maple glaze is my favorite! The glaze photographed here may not look like the golden tan maple glaze you may associate with at donut shops. Food coloring is necessary to achieve that rich hue.

For this maple glaze, I used a combination of dark maple syrup, vanilla extract, and maple flavoring extract. The maple extract helps to intensify the maple notes.

I recommend this maple extract from Boyajian (sold at King Arthur Flour and Williams-Sonoma). Stay away from anything labeled “imitation” maple extract.

The homemade version is more delicate. The interior is fluffy and airy.

Whereas, the store-bought version usually has a bit more of a chew.

Most donut shops use a premade donut mix instead of creating a pâte à choux from scratch.

Most homemade donuts are best eaten the same day they are fried.

However, these maple crullers will still taste great the following day!

They will firm up a little, but the flavors will have had more time to develop. We continued eating leftovers two days past frying. 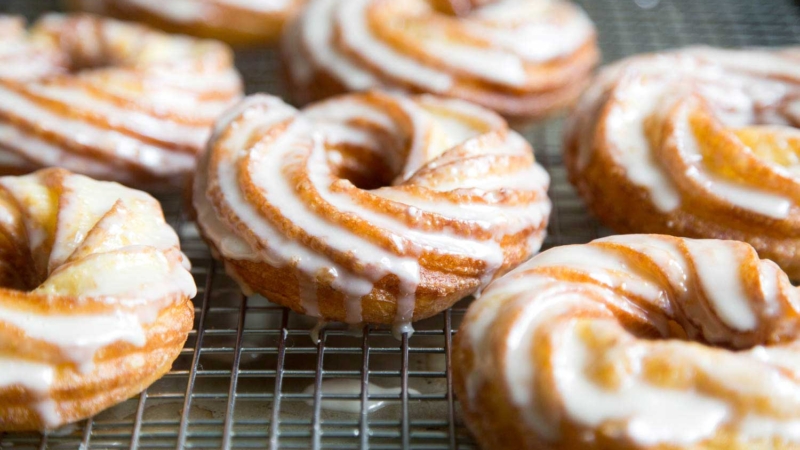 *Choose a neutral flavored oil with a high smoking temperature. I suggest using vegetable oil or this vegetable shortening.  I recommend this maple extract from Boyajian (sold at King Flour Flour). Stay away from anything labeled “imitation” maple extract. A word on leftovers: Doughnuts are best enjoyed the day they are fried. Store any leftover doughnuts in a breathable box (like a cardboard bakery box or container with the lid slightly jar). The maple glaze needs air circulation, otherwise it will melt and make the crullers soggy.
Author: Maryanne Cabrera
Course: Breakfast, Dessert
Cuisine: American
Keyword: crullers, doughnuts, donuts, maple donuts, pate a choux
Did you make this recipe?Show us on Instagram! Tag @littleepicurean and hashtag #littleepicurean. 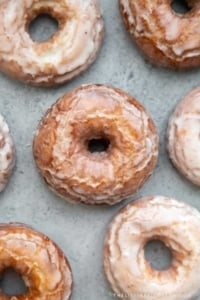 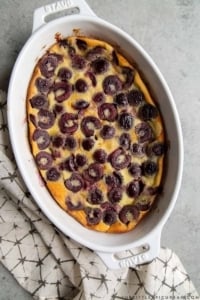 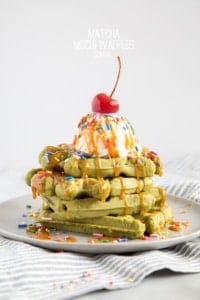 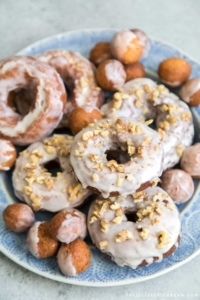