Add cinnamon sweetness to any beverage with this easy homemade cinnamon syrup recipe.

A must have for any home barista, bartender, mixologist, or chef. Simple syrup is a super simple recipe everyone should know!

Why buy a bottle for nearly $15, when you can make it home for so much cheaper!

What is simple syrup?

All sorts of flavors can be infused into the syrup. For this recipe, we’re focusing on cinnamon!

Have you ever ordered the Cinnamon Dolce Latte from Starbucks? Or, how about a cinnamon latte from your local coffee shop?

The not to secret ingredient to these drinks is cinnamon syrup!

Add sweet cinnamon flavor to any beverage with this homemade cinnamon dolce syrup.

How to make cinnamon dolce syrup

To make this at home, you’ll need water, brown sugar, and cinnamon sticks.

Any type of brown sugar will work- light brown, dark brown, even muscovado sugar. Brown sugar adds a warm richness to the syrup.

However, you may use granulated white sugar, if preferred.

Simmer until sugar has dissolved. Remove from heat and steep cinnamon sticks for about 30 minutes.

Strain out cinnamon and pour syrup into an airtight container.

That’s it! Use the syrup right away, or store in the fridge for later use.

Cinnamon sticks are a MUST. Do not use ground cinnamon.

Ground cinnamon will not dissolve into the syrup. You’ll end up with a sugary mess.

How to Use Cinnamon Simple Syrup

Use this syrup to add sweet flavor to coffee, tea, milk, or cocktails.

Start by adding one tablespoon to your beverage. Then, adjust according to taste.

Here are some drinks recipes to get you started:

Zombie Cocktail is a super potent tiki drink that supposedly turns you into a zombie if you drink too much! It’s made with rum, cinnamon syrup, and a variety of fresh squeezed juices.

Impress holiday guests with this fun and festive Bourbon Pumpkin Cocktail! This chilled cocktail features warm spices, homemade pumpkin butter, bourbon, and ginger syrup (which you can swap out for cinnamon!) 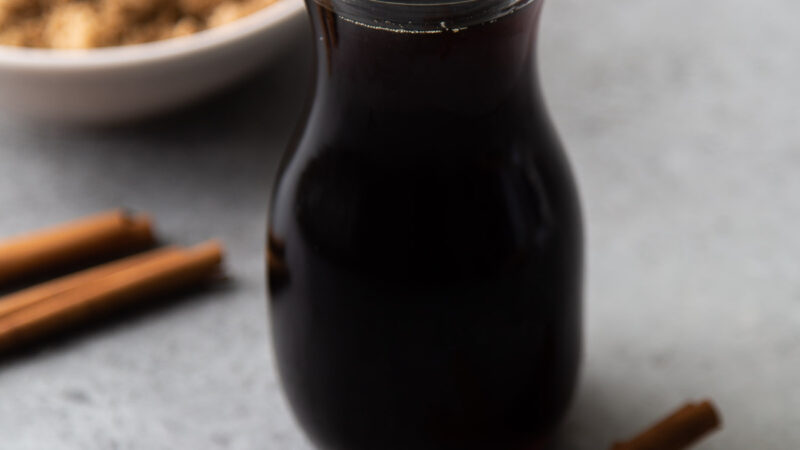 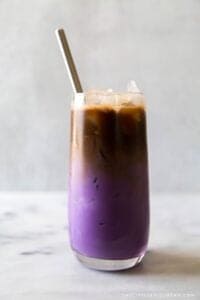 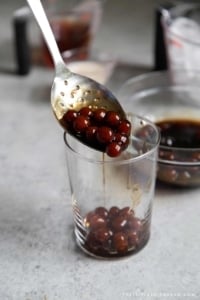