Belgian liege waffles made with a yeast dough studded with pearl sugar. It is cooked stovetop until golden brown and caramelized all over.

Belgian waffles are best known for their deep pockets. They are also thicker than than the standard American waffles.

While traditionally leavened with yeast, there are many Belgian waffles that use whipped egg whites or baking powder for leavening.

Pearl sugar is what makes Liege Waffles different from the standard Belgian Waffle.

These Belgian Liege Waffles are soft on the inside, yet crispy and crunch on the outside.

The pearl sugar in the waffle dough is responsible for that nice exterior. The pearl sugar slowly melts and caramelized creating a crust that protects the soft and fluffy interior.

What is Pearl Sugar?

Pearl sugar is made by compressing together sugar crystals. They’re like the sugar cubes used for coffee and tea and for muddling cocktails like mojitos.

Pearl sugar is either made from sugar cane or beets. The version made from beets are cheaper and more easily accessible.

There are various types of pearl sugar. This liege waffle recipe uses “Belgian Pearl Sugar.” This type of sugar is a bit larger in size and has a higher melting point.

Swedish Pearl Sugar is another popular variety. It is smaller in size. Swedish pearl sugar is often added to garnish finished baked goods like these soft milk buns.

Where can you buy pearl sugar?

Many online retailers sell different varieties of pearl sugar as well. I recommend this Belgian Pearl Sugar from Amazon.

The dough for these waffles are made similar to cinnamon rolls and brioche bread.

Dry active yeast is reactivated in warm milk. Once bubbly and foamy, the eggs, vanilla and sugar are added. Flour follows until the dough turns into a “shaggy mess.”

Adding the butter is the tricky part. The butter should softened and at room temperature. An entire cup of butter is added to the dough.

The butter needs to be adding slowly added to the dough. If you add at butter all at once, the dough may not be able to absorb all the fat.

Don’t have a mixer? No worries. This liege waffle dough CAN be knead together by hand. However, it will be a bit labor intensive.

The dough is time consuming to make. But, much of that “time” is spent letting the dough rest and rise.

I highly recommend this stovetop waffle iron to make this recipe.

I’ve tested this recipe using both an electric waffle maker and an old school stovetop version. Hands down, the stovetop waffle iron is better.

Why are those waffles so dark?

My dough recipe is a bit darker and richer in color than most other Belgian Liege Waffles. The combination of brown sugar and ground cinnamon is responsible for the uncooked dough’s tan color.

As the dough cooks in the waffle iron, the pearl sugar melts and slowly caramelizes. I like to cook the sugar until it is rich golden brown. This allows for deeper, richer flavors.

However, you may also stop cooking the waffles earlier to achieve more light blond golden appearance.

After cooking, allow the waffles to rest on a wire rack to allow for air circulation. This prevents the waffles from becoming soggy.

The waffles can be enjoyed as it. For a sweeter flavor, drizzle maple syrup of top. For the ultimate in indulgence, top a short stack of warm liege waffles with a scoop of ice cream. Finish with whipped cream and maple syrup!

These waffles are best enjoyed the same day they are cooked.

Should you have leftovers, store cooled waffles in an airtight container at room temperature for up to three days.

Re-crisp waffles in a toaster over, or reheat in a microwave oven. 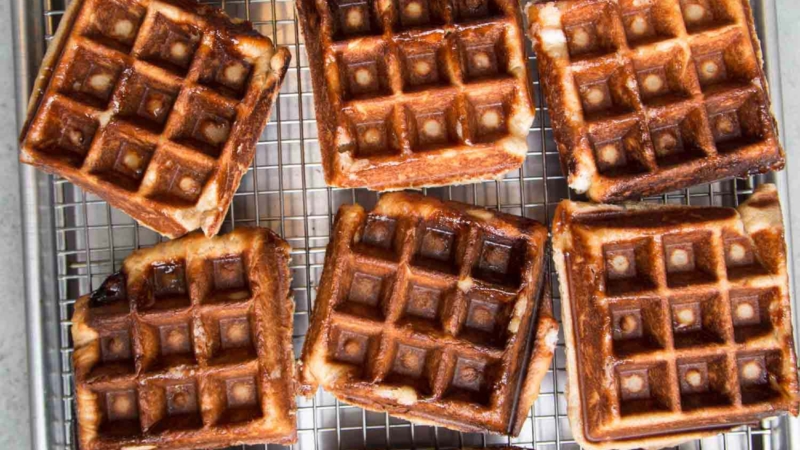 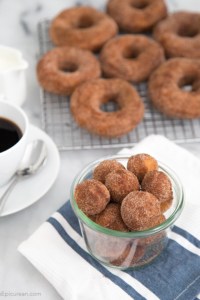 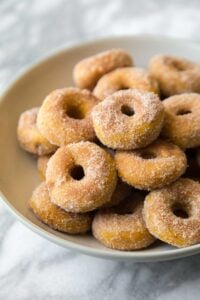 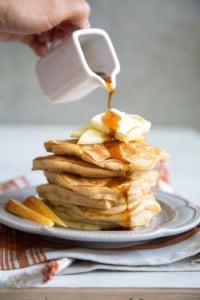 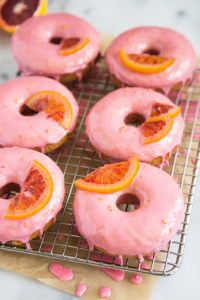