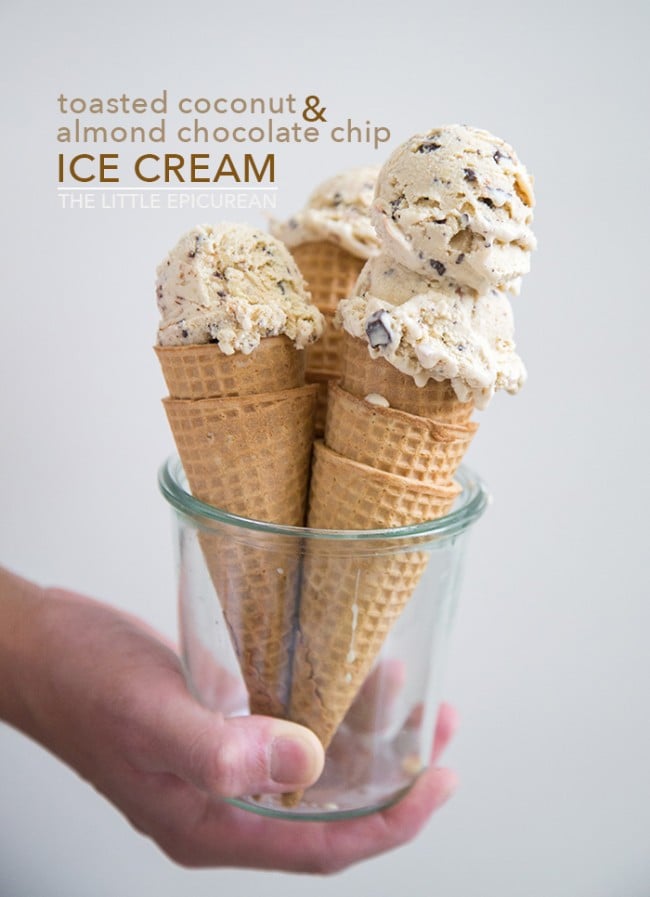 Rain or shine.  Hot or cold.  I want ice cream.  Even my lactose-intolerance can’t keep me away from the stuff.

A couple of weeks ago, Alex and I attended his cousin’s wedding in Santa Barbara.  A trip to SB isn’t complete without a couple scoops from McConnell’s Fine Ice Cream.

During our little weekend trip, I got ice cream twice.  (Of course I documented them on Instagram here and here.)  My favorite out of the two was the toasted coconut almond chip.  As soon I finished my scoop, I was sad that didn’t order a double.

One scoop was not enough.  Once  I returned home, I was on a mission to recreate it. 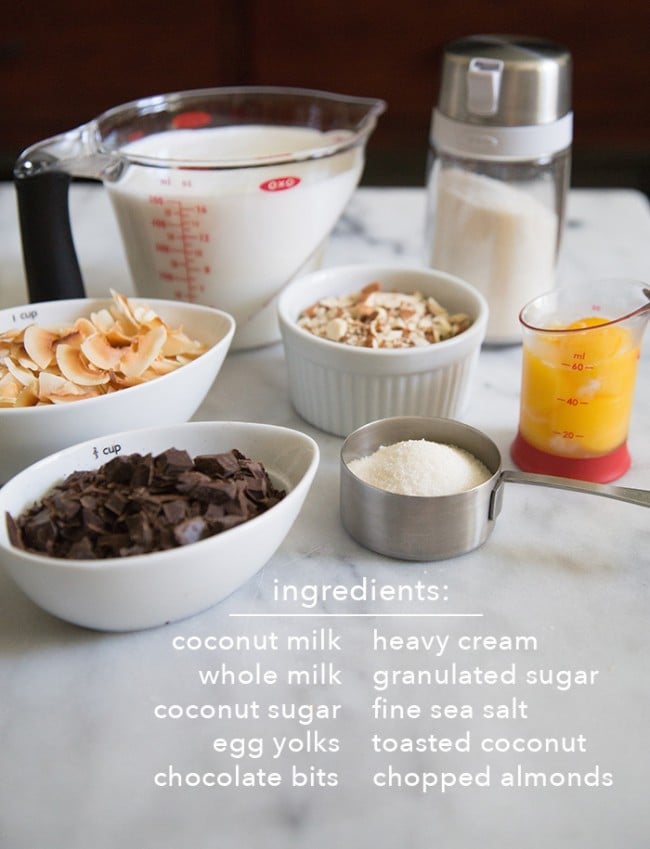 And here it is! My version of toasted coconut almond chocolate chip ice cream!  (Yes, the name is a mouthful, but I felt I had to fully disclose all the goodness included in the ice cream.)

The secret to my coconut almond chip ice cream is coconut sugar.  Have you heard of it?  It’s also called palm sugar, coco sugar, or coconut sap sugar.  It is widely used in Southeast Asia, especially in the Philippines (where I first tried it).

Coconut sugar tastes similar to muscovado sugar, a very dark brown molasses sugar.  Because coconut sugar is minimally processed, its color can vary to different shades of brown.  Coconut sugar was once only available at Asian markets, but nowadays it can be found at many natural food markets.  Trader Joe’s also recently released their brand of coconut sugar.

This coconut almond chip ice cream has it all.  Asides from the usual ice cream qualities I look for (rich, creamy, and dense), I love the crunch from the toasted chopped almonds, the dark chocolate bits that melt in your mouth, and the chunks of toasted coconut that remind me it’s summer. 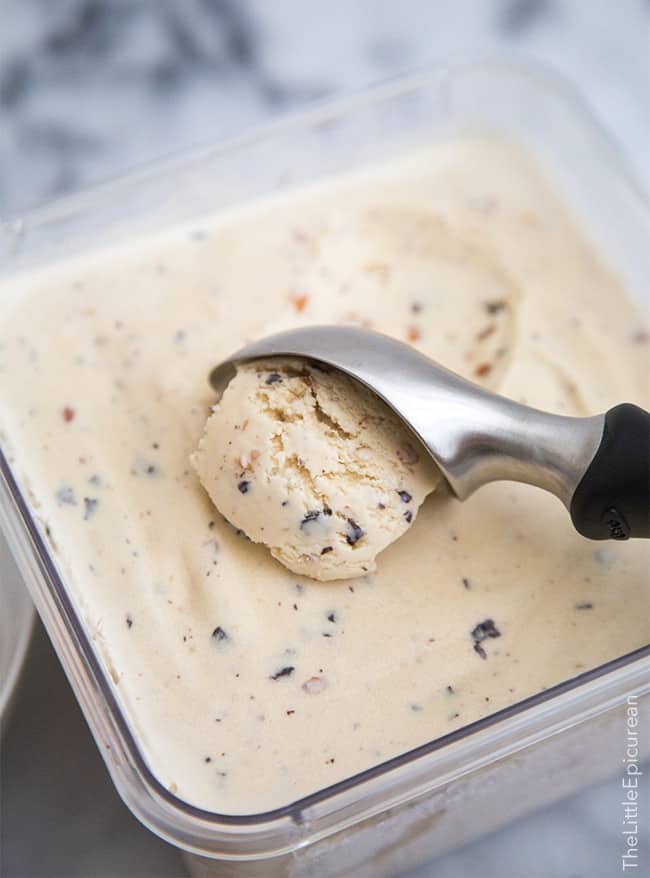 Thanks to my friends at OXO, I had a bunch of new kitchen tools to help me in my summer ice cream making adventures.

Over the years, I’ve gone through quite a number of ice cream containers.  I have a tiny freezer so I’m always on the lookout for something compact and stackable.  For the most part, most containers I’ve used end up cracking, making them useless.

This freezer-safe container  can withstand freezing temperatures and takes up little space.  It holds up to 1 quart of ice cream.  Plus, it’s locktop helps prevent nasty freezer burns.  To get perfect ice cream scoops (like the ones from an ice cream shop), this ice cream scoop works like magic.

But my favorite OXO tool is the mini chopper.  No need to take out a knife and cutting board.  The mini chopper is great for chopping chocolate and nuts. 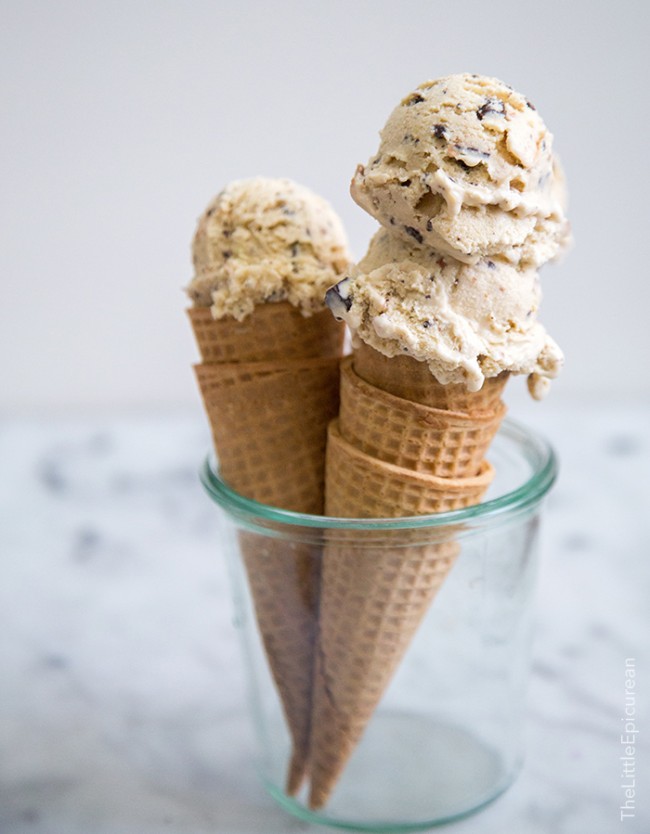 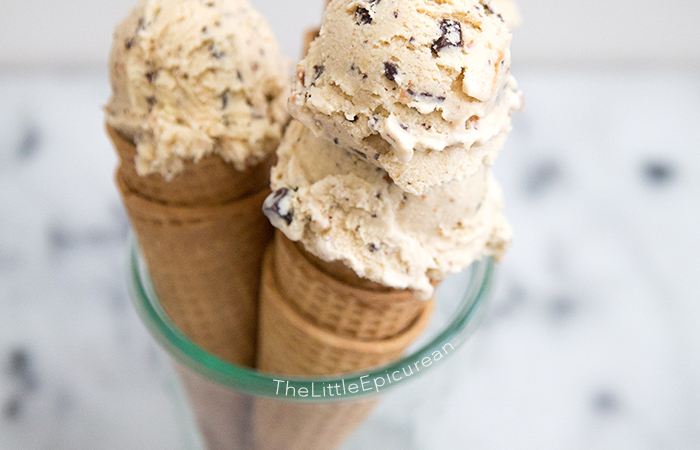 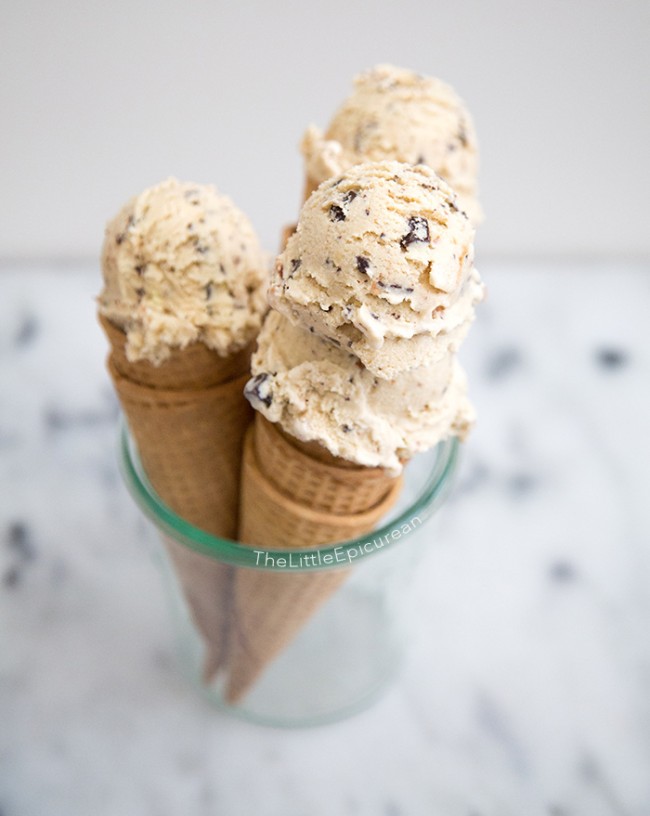 Disclosure: OXO provided me with products for their #IceCreamforOXO campaign.  Recipe and opinions are my own.  Amazon Affiliate links are used in this post. 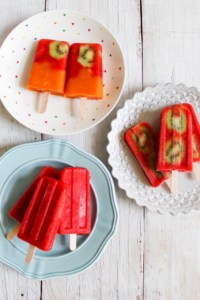 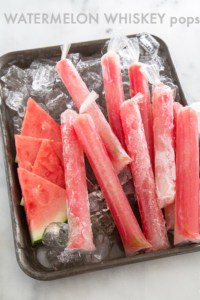 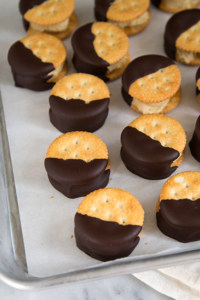 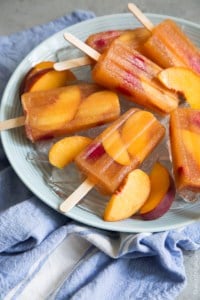