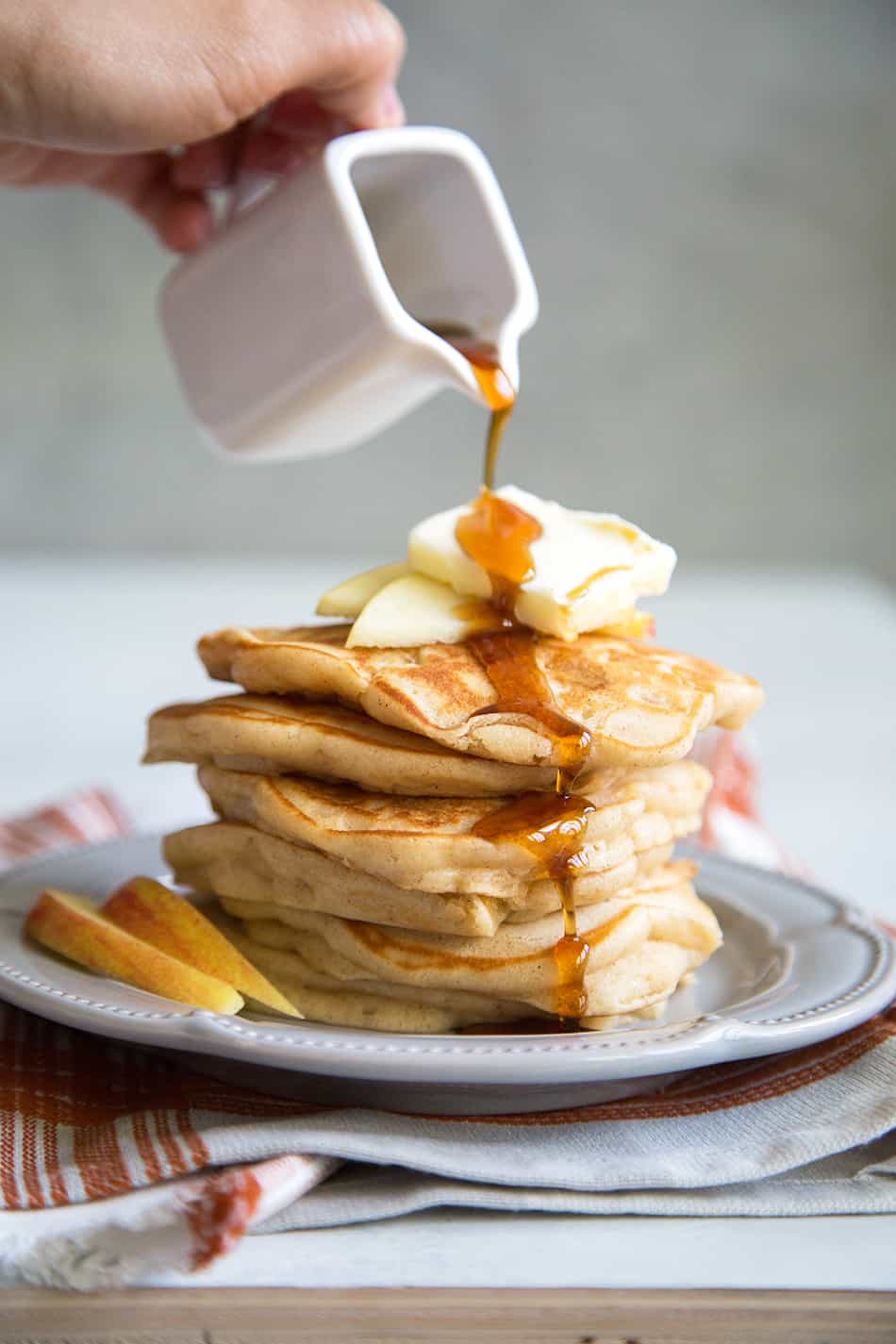 I didn’t eat pancakes very much growing up. Our typical weekend breakfasts consisted of garlic fried rice, eggs, and some sort of meat (tapa, longganisa, tocino).

I loved (and still LOVE) Filipino breakfasts, but as a child, I wanted to be like the kids in the commercials with that ate cereal and milk, Pop Tarts, and Ego waffles.

It would take a lot of convincing, but every now and then, my parents would let me buy those “shake and pour” pancake mixes.

Little did I know how easy it was to make pancake batter from scratch. Nowadays, pancakes and waffles are something I enjoy on the regular.

As soon as autumn rolls around, pancakes become a weekend staple. First up, these cinnamon apple pancakes.

(And as it gets closer to the holidays, it’s time for gingerbread pancakes and eggnog pancakes!) 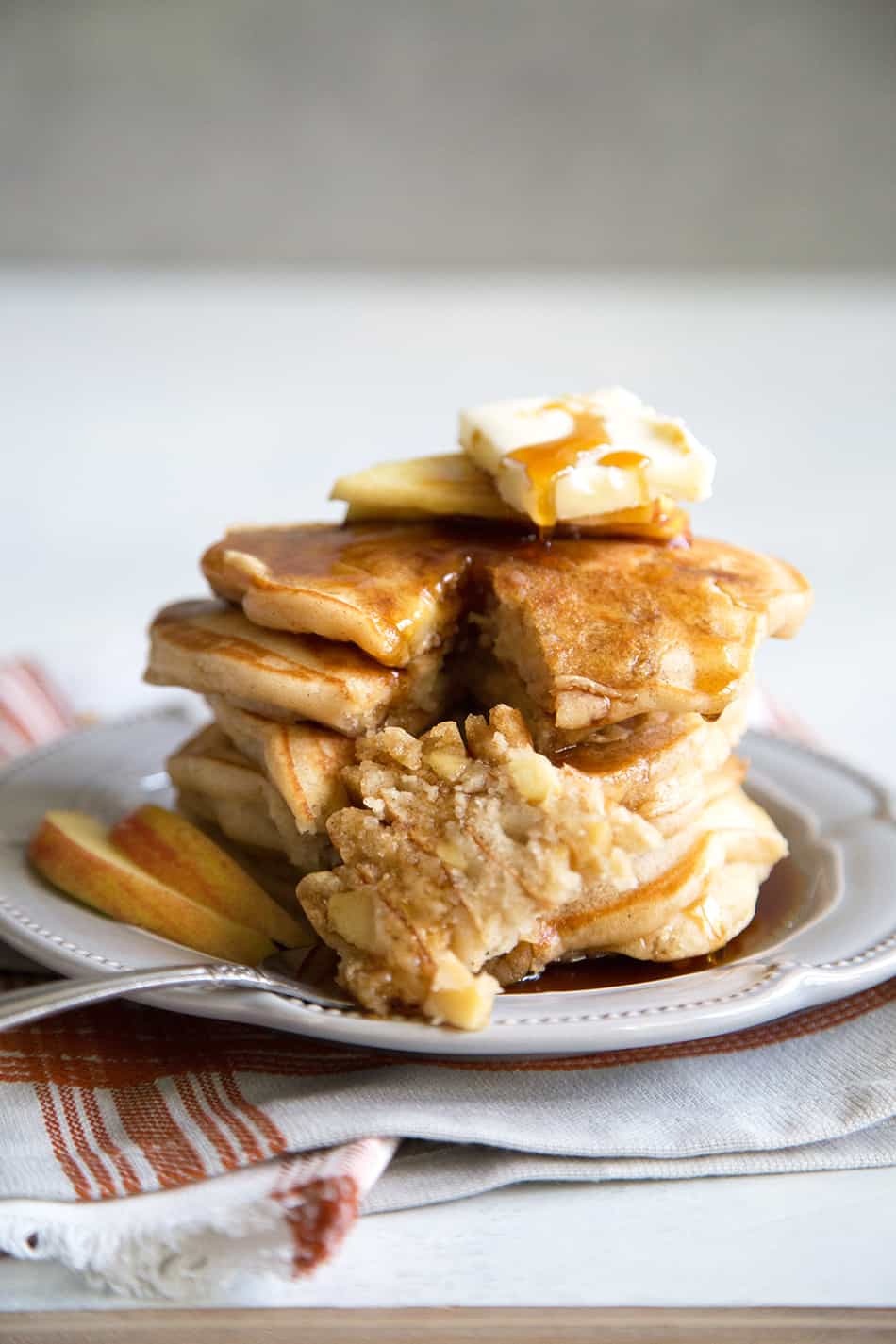 While I love going out for breakfast, it’s just so much easier to make it at home. The handful of breakfast spots in Pasadena are ALWAYS packed on the weekends.

I can’t bare to wait more than half an hour for a table when I’m hangry in the morning. In the same amount of time it takes to wait for a table and order, I can have these pancakes prepared and EATEN!

This recipe uses a standard pancake batter. It’s the cinnamon apple mixture that’s folded into the batter before cooking that makes this pancakes so delicious! 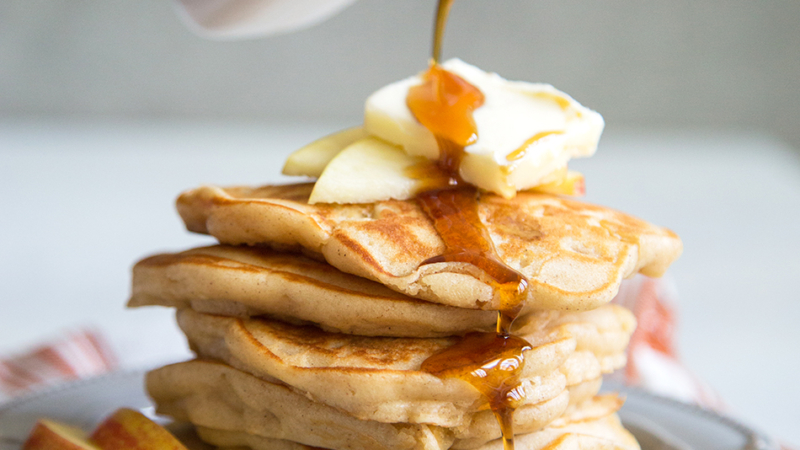 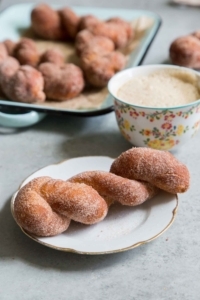 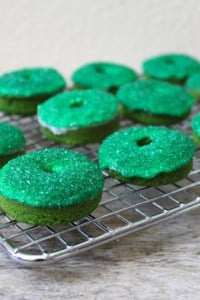 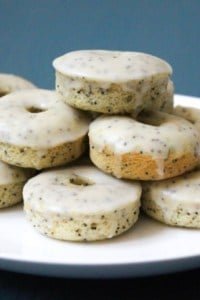 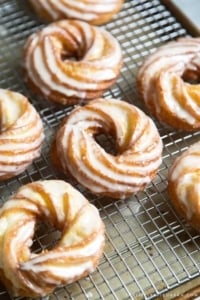