An ideal cake for those seeking warm autumn flavors!

Every year I have grand plans to get all dressed up for Halloween.

But somehow those plans of matching costumes, festive cocktail parities, and staying out past midnight… turns into a night of comfy pajamas, delivery pizza, and about five hours of Harry Potter movies.

Will this Halloween be any different? Perhaps this is the year!

For dessert, I’ll have a spread of apple blondies, Halloween cupcakes, and of course, this cinnamon maple pumpkin cake!

Last year, I made this butterscotch pumpkin cake.

It was insanely moist, delicious, and oh so flavorful.

I stuck with the same pumpkin cake recipe simply because it was THAT good.

This pumpkin cake is made with coconut oil.

There are two types of coconut oil: refined and unrefined.

Either type of coconut oil works. I used unrefined coconut oil. It does not affect the taste of the pumpkin.

You may substitute in your choice of neutral flavored oil. Best options include: grapeseed oil, avocado oil, or vegetable oil.

Why use oil instead of butter for cake?

Oil based cakes have a very moist and tender crumb.

It will stay moist far longer than a butter based cake.

This pumpkin cake is frosted with silky smooth Swiss buttercream.

It is flavored with a touch of dark maple syrup and ground cinnamon to add warm autumn notes.

Swiss buttercream does require a bit more effort than the standard American buttercream.

However, the resulting frosting is much lighter in texture and far less sweet than American buttercream.

Store assembled frosted cake in the fridge for up to 24 hours before serving.

Use an airtight container to store sliced cake in the fridge for up to 3 days.

It is important to use an airtight container because the buttercream will absorb the smells and flavors of your fridge.

Use a small piece of wax paper or parchment paper to cover exposed cake slice to prevent cake layers from drying out.

Cake Stand Information: the cake stand photographed in this post is this Mosser glass cake stand in color grey swirl. 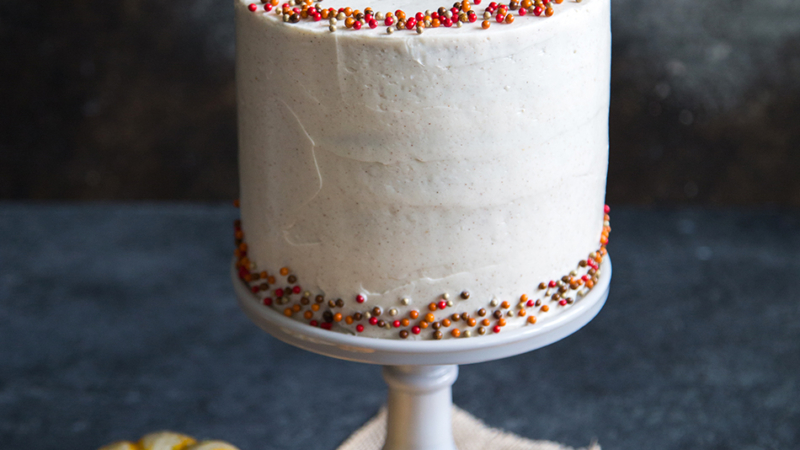 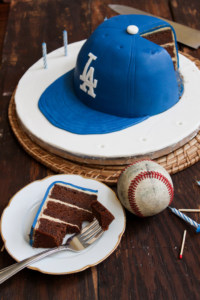 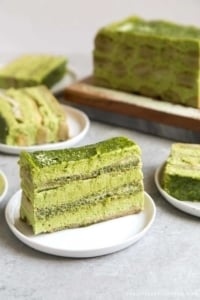 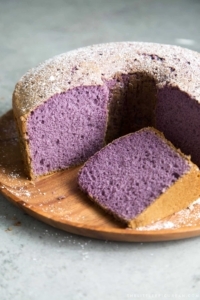