This vodka spiced punch features a tasty combination of grapefruit juice and warm spices including cinnamon and cloves.

This post was made in partnership with Wheatley Vodka. As always, all opinions stated here are entirely my own. Thank you for supporting our brand partners!

The end of the year brings many celebrations and gatherings of all sorts.

From cookie exchanges to cocktail parties and potlucks and formal sit down dinners, there is a ton of food and drink to be shared and enjoyed during this joyous season.

When it comes to holiday entertaining, I’m all about brunch!

Brunches are much more fun to plan because the menu options are endless.

Both sweet and savory dishes are welcome. And obviously my favorite reason for brunch are fun cocktails!

It can be difficult to play both host and bartender. Large batch cocktails is the best way to ease bartending duties.

To be the perfect attentive host, serve up a punch that you can make and prepare ahead of time.

The spiced punch combines Wheatley Vodka with fresh squeezed grapefruit juice, a touch of ginger liqueur, a hint of lime juice, and a simple syrup infused with spices like ginger and cinnamon.

The resulting cocktail is a pleasant mixture of bright flavors mellowed with warm notes. Perfect for the holidays!

When it comes to liquors, bourbons and whiskeys are my go-to spirit.

As a fan of Buffalo Trace Distillery, I was super excited to find that they also produced vodka.

And even more intrigued to learn that this vodka is made with the same wheat used for Pappy Van Winkle bourbons!

Wheatley Vodka isn’t your standard, run of the mill vodka.

This vodka is made in small batches and craft distilled in a special one of a kind micro still.

What started as a passion project by Master Distiller Harlen Wheatley evolved into this well crafted and balanced vodka. As Harlen says, “This is how vodka is supposed to taste.”

I agree! To me, Wheatley Vodka tastes clean and crisp.

It is a truly versatile spirit that works wonderfully in a variety of mixed drinks.

Once you’ve got your vodka spiced punch made, it’s time to prep for food!

A do-it-yourself waffle bar allows guests to build their own brunch creation suited to their taste preferences. Start by cooking a ton of your favorite waffles- be it buttermilk, Belgian, from scratch, or using a mix.

Next, lay out an assortment of toppings. I like to serve a variety of sweet and savory options.

For savory toppings, you can serve the traditional brunch staples like bacon, sausage, and eggs.

Asides from the standard maple syrup, serve the waffles with an assortment of nut butters, chocolate syrup, caramel sauce, or whipped cream.

For savory ideas, nacho cheese sauce or chili would provide a ton of excitement!

The vodka spiced punch is a perfect balance of sweet and tart.

As such, it pairs well with both sweet and savory foods. 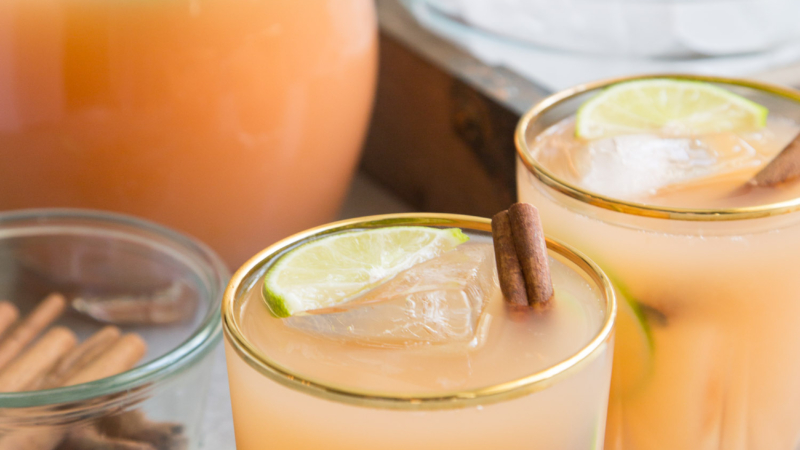 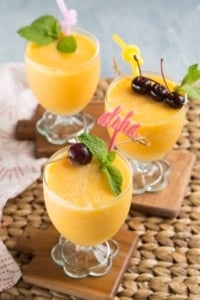 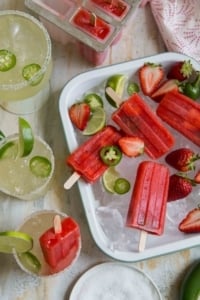