Punch doesn’t have the same meaning as it once did when I was a kid.

Punch used to mean super sweet juice that made made my tongue red.

Now when I hear punch, I’m hoping the word bourbon (or tiki) proceeds it.

With Halloween over and done with, the holiday season is upon us!

In a matter of weeks we’ll be eating turkey, stuffing, and all the wonderful pies and desserts associated with end of the year.

Before we eat, a drink is in order. Let’s cheers with a cup or two of this apple ginger punch!

There are no rules when it comes to punch. You can mix up whatever you’d like.

Use the season as inspiration, use your favorite fruits and scents, or mix up whatever you have in kitchen.

Just be sure to incorporate three key ingredients: booze, a little something sweet, and a touch of tart.

This apple ginger punch is exactly what I want to be sipping on come Thanksgiving day.

While it’s a bit boozy due to mixture of sparkling wine, bourbon, ginger liqueur, and orange liqueur, it is well balanced by the fresh apple cider, pomegranate juice, and lemon juice.

Before serving, I like to add a couple cinnamon sticks in the punch bowl to make it a bit more festive.

It also helps to add a nice aroma without overpowering the flavors of the punch. 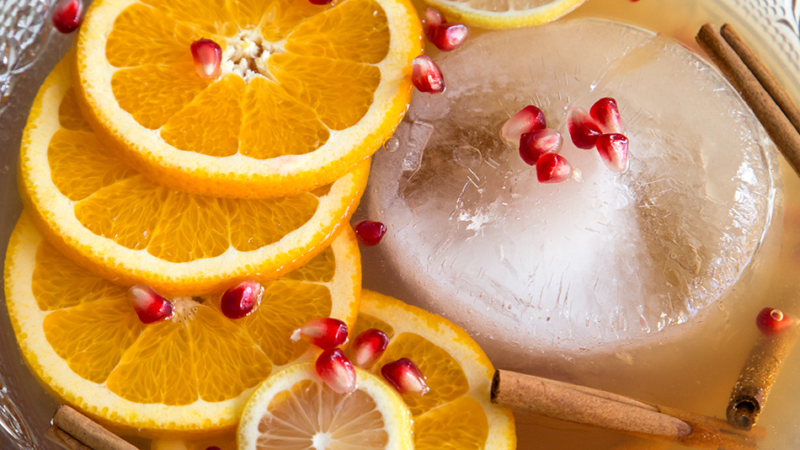 Thanksgiving is all about family and friends sharing a meal together.

Meghan from Cake ‘n Knife and Susannah from Feast + West are hosting this fabulous Blogsgiving Dinner.

Food blogs from all over are coming together to share one or more recipes to bring to the party. It’s similar to a potluck dinner party, only virtual.

Check out the links below or follow along on social media using the hashtag #blogsgivingdinner. 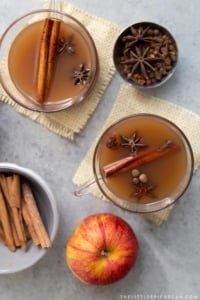 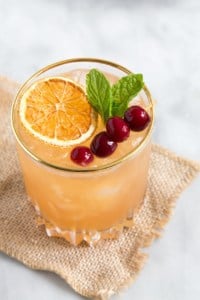 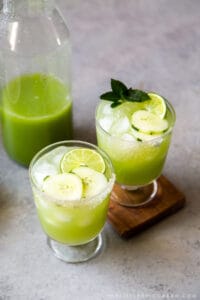 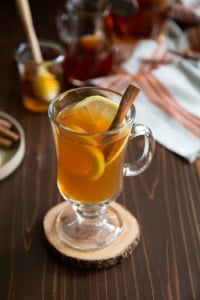