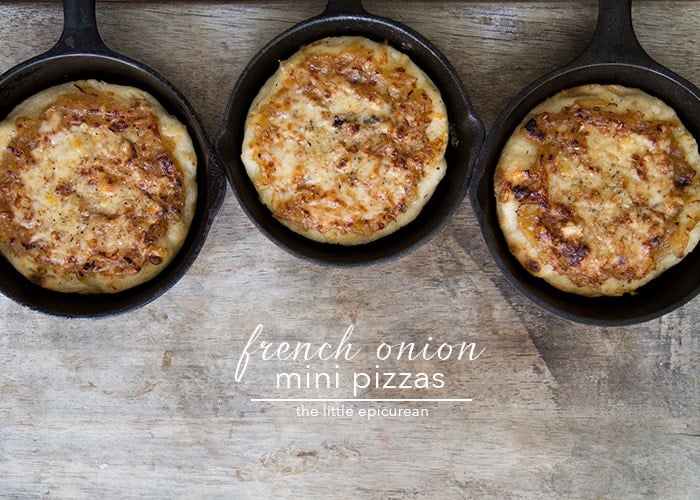 The key to delicious French onion soup is the slow process at which the onions are caramelized and cooked.  Instead of making one of my favorite soups, I’ve decided to turn it into pizza!

You may ask, why don’t you just make French onion soup?  First of all, I don’t have the strength to stop myself from eating the entire batch.

And second, duh, PIZZA!  Pizza is always a good idea. 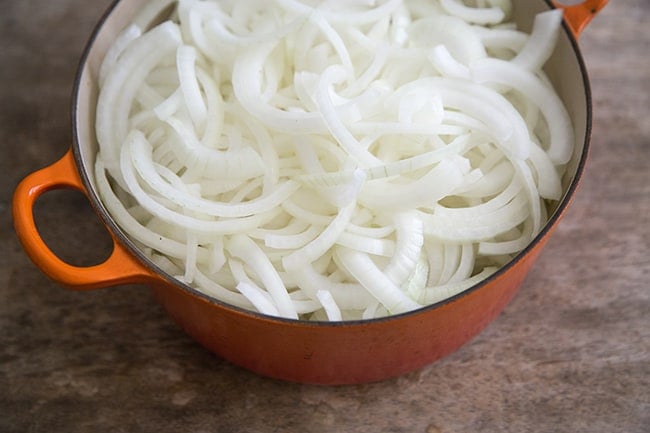 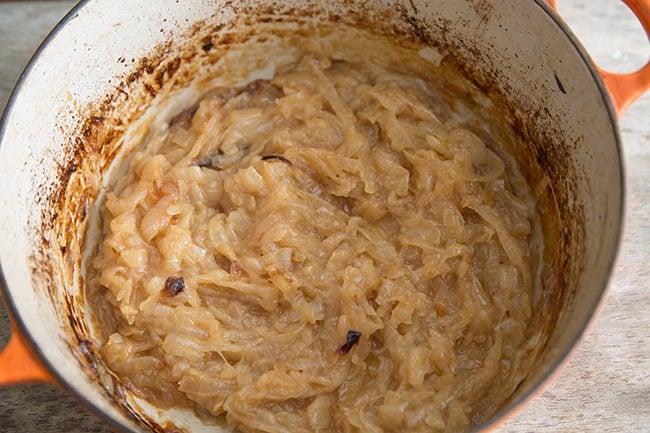 Be patient when cooking onions

I used four pounds of onions for this recipe.  Yes, that may seem like a lot, but onions significantly reduces in size as it cooks.

This recipe makes four mini pizzas, which means each pizza has about a pound of onion goodness.

Don’t be alarmed that four pounds of sliced onions is enough to fill a 5-1/2 quart Dutch oven to the brim.

After two hours of cooking, they will reduce in volume significantly and turn into the most flavorful caramelized slow cooked onions ever. 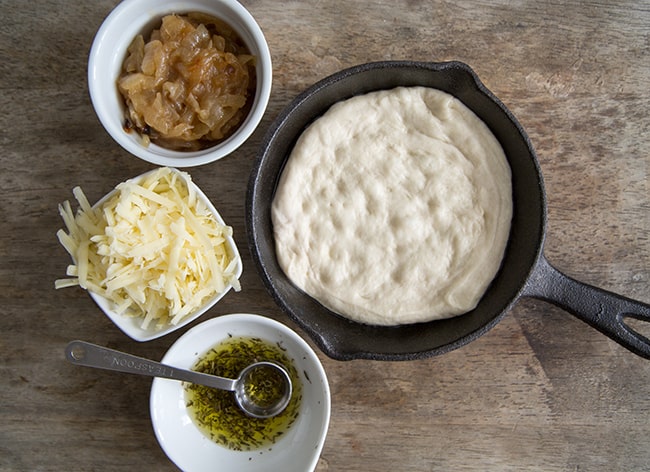 While this is a time consuming process, I find the results well worthwhile. I’m a total believer of that saying that some things are worth waiting for.

These onions are definitely one of those things.  Fast and easy, doesn’t always mean good.

Also to note: I LOVE ONIONS.  I’m one of those people that order raw onions on my In-N-Out burger.  I love onions raw, grilled, pickled, baked, etc.

However, I refuse to eat onion rings.  Sure it’s fried and fried foods are delicious, but I think it’s devoid of the onion flavor I love so much. 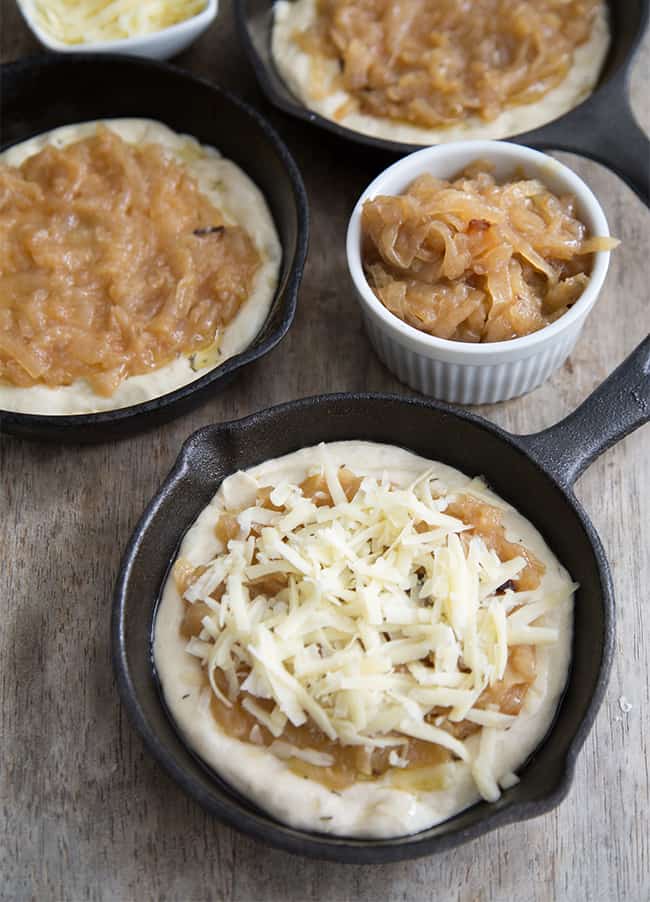 I made a mixture of olive oil and dried French thyme to act as the base sauce for this pizza. The thyme lends a nice sweet, earthy flavor that balances the caramelized onions and the salty gruyere.

Once you’ve cooked the onions, building the pizza is super simple. Over the years I’ve collected quite a few little cast iron pans.

My mini pans are not all the same size. They vary from 5 inches to 6 1/2 inches in diameter.  I used four mini cast iron skillets, but you can also make one large pizza using a 12-inch cast iron pan. 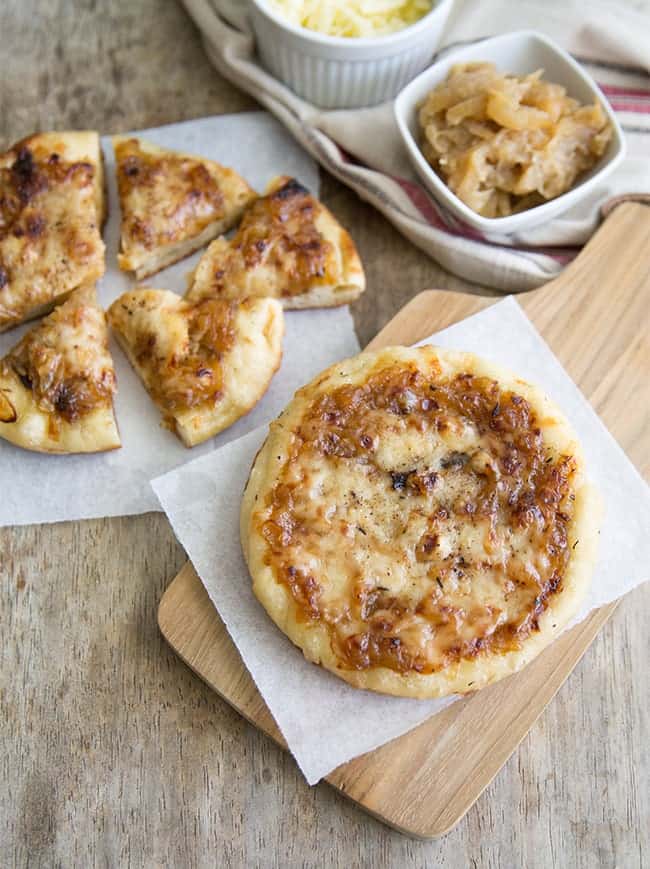 I prefer to make my pizzas in cast iron pans because I find that’s the best way to obtain that nice round shape.  (See my Pesto Pizza with basil salt.)

The cast iron pan works similar to a pizza stone.  The pizza cooks more evenly because of the way the heat is distributed in the pan.

And it helps to ensure you have a nice crisp crust.  However, when using a cast iron pan, it is important to preheat it over the stove before placing it in the oven. 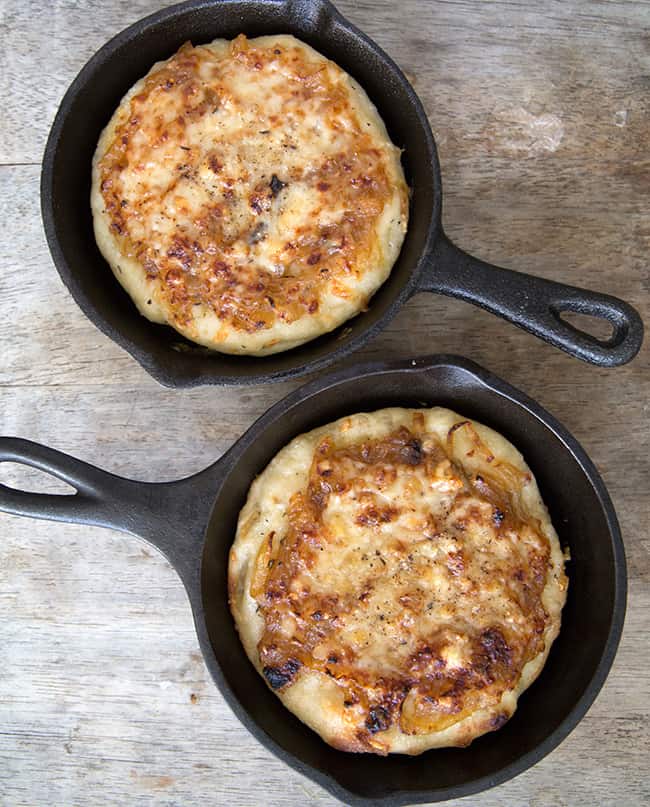 After baking the pizzas, your kitchen will smell warm, inviting, and utterly delicious! 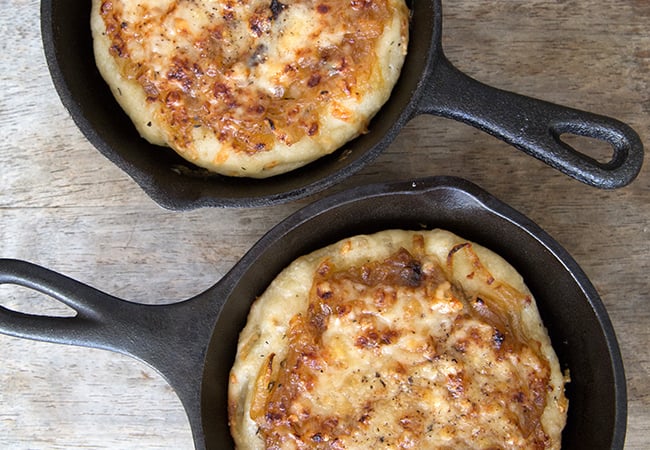 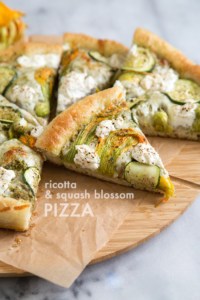 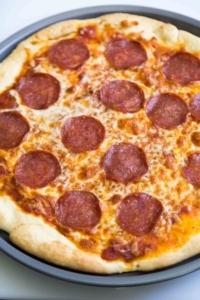 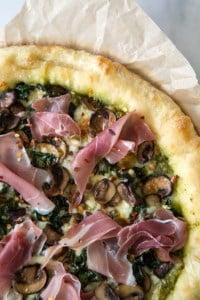 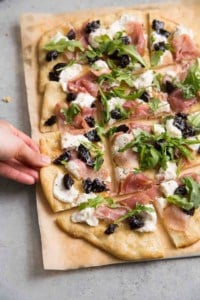