These Pimm’s Popsicles are a frozen version of the classic Pimm’s Cup cocktail! 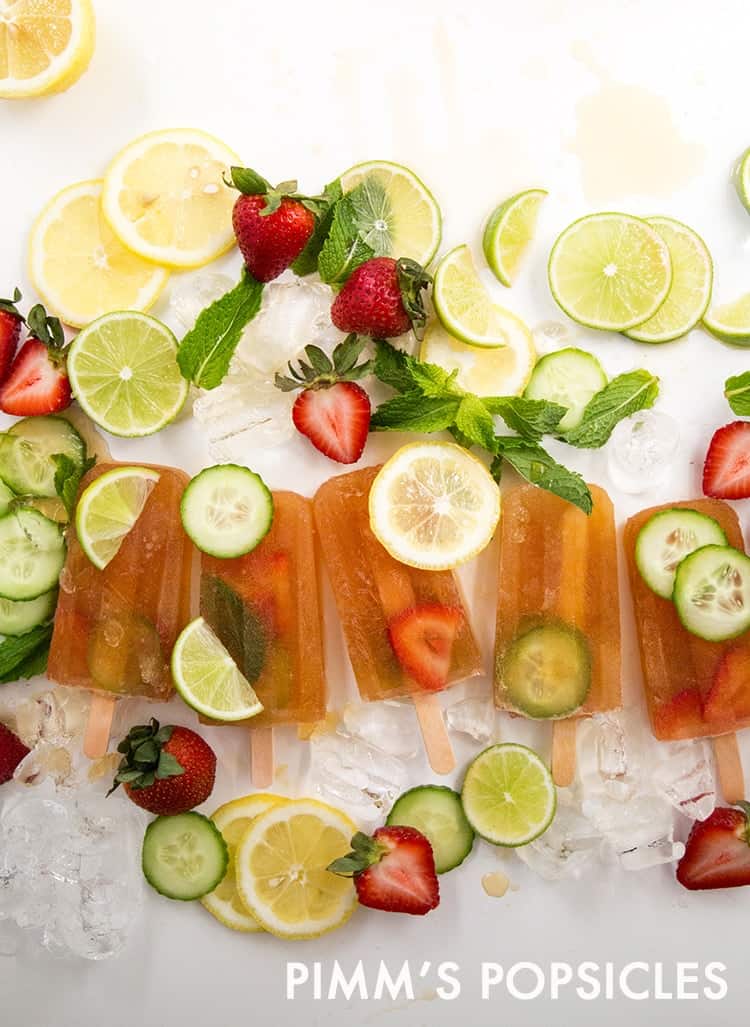 Last week I was at Disney World celebrating my 30th birthday.

I’m from LA, land of dry heat. I could not deal with the high humidity, unpredictable thunderstorms, and brilliant sunshine of central Florida.

While I was melting in the sun or being confused by the sudden downpour and lightning, all I could think about were these Pimm’s popsicles I had waiting for me back in LA.

What I would have done for a sweet boozy popsicle. All I had was this portable cooling mist fan to keep me cool.

Now, I’m back home just in for Popsicle Week and I can finally share them!

FYI, #popsicleweek is this delicious internet potluck where a bunch of bloggers (thanks to Billy of Wit and Vinegar) come together and share a whole lot of popsicles recipes to keep you cool this summer.

I was first introduced to the lovely Pimm’s Cup cocktail last year. So intrigued by the cocktail I made my own version: my summer Pimm’s Cup using cucumber mint lemonade.

I called 2014 the year of Pimm’s because it was my go-to beverage that year. However, I lied. It seems like every year from here on out is a Pimm’s year for me. 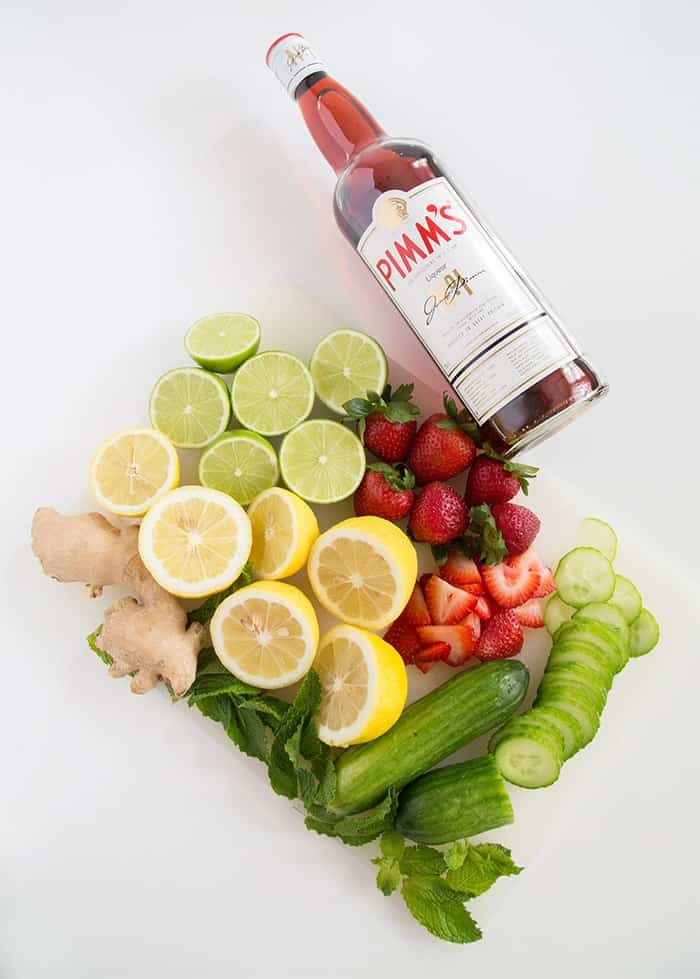 I’m not really sure what spices and herbs are in Pimm’s No.1. But it is certainly delicious, intriguing, and refreshing. 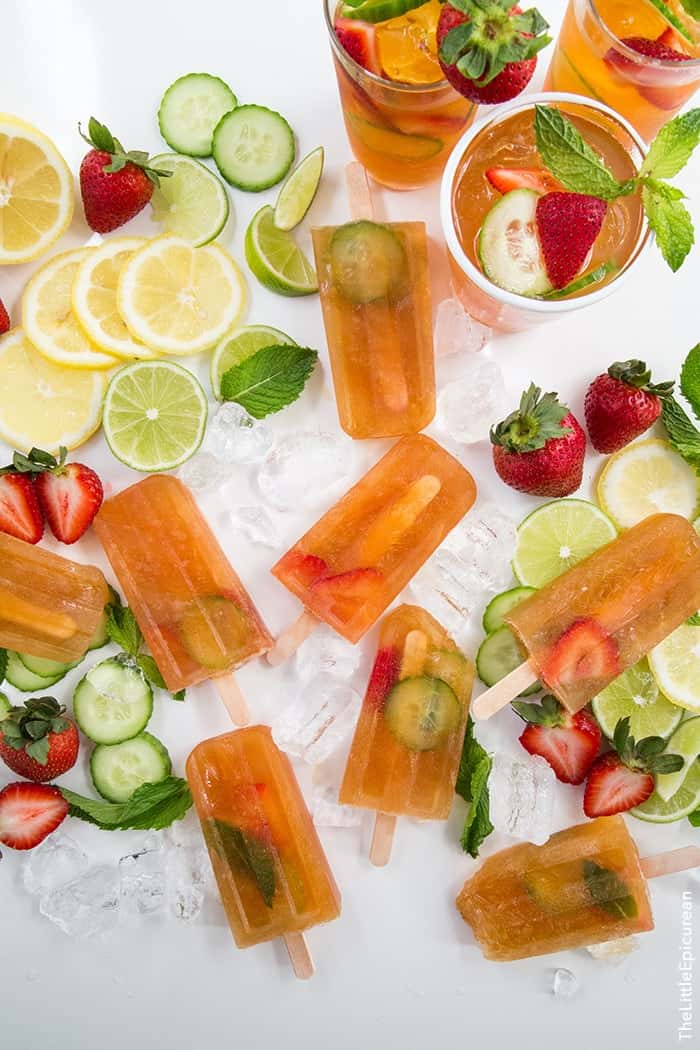 Why stop with a cocktail that is bound by a glass, freeze it and turn it into take anywhere popsicle!

The popsicle base is a mixture of Pimm’s No.1, fresh squeezed lemon and lime juice, ginger simple syrup and a splash of water.

Just like the traditional cocktail, these Pimm’s popsicles are served with strawberries, cucumbers, and fresh mint. 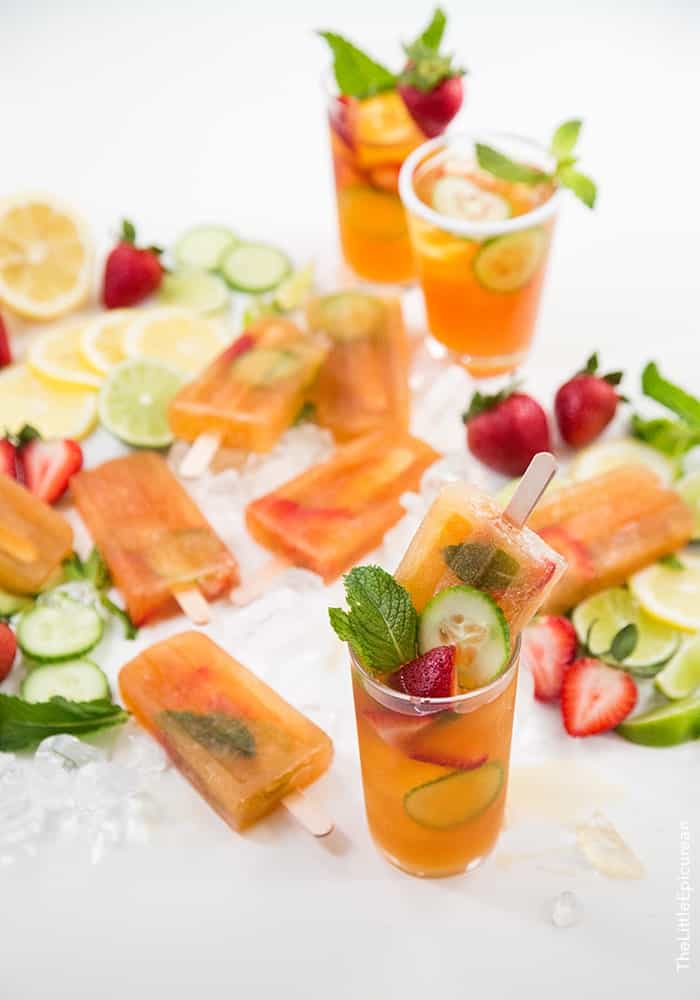 Might as well make a double batch: freeze one batch into popsicles and save the other batch for drinking. Nothing beats Pimm’s on Pimm’s.

Think about it… Pimm’s popsicles served in a glass of ice cold Pimm’s Cup! Genius!! Have your cake and eat it, too. 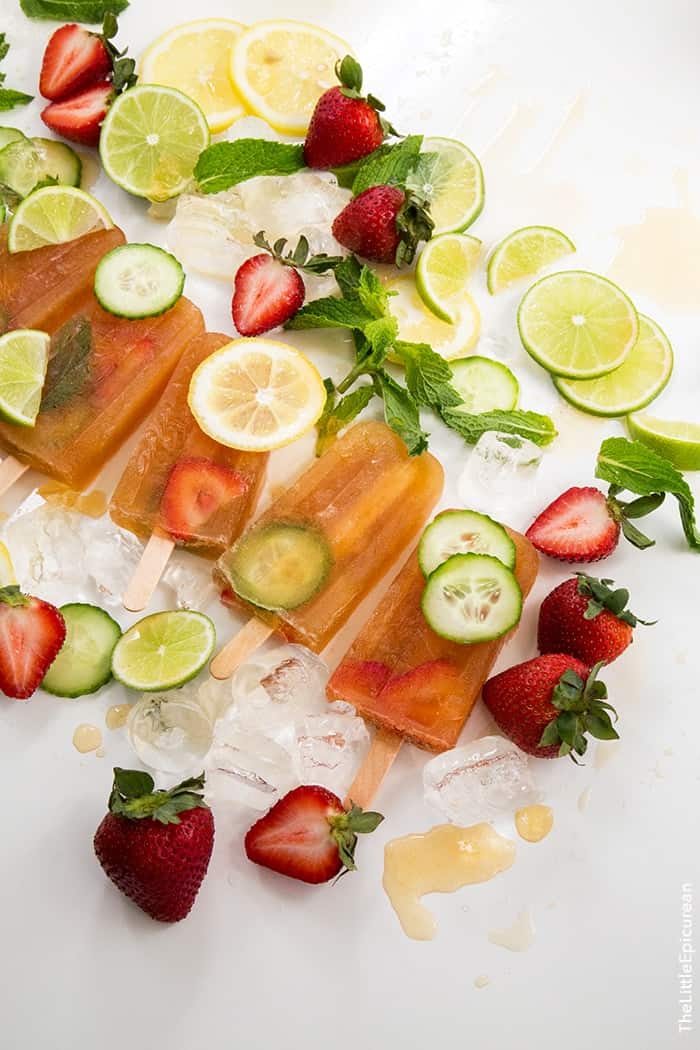 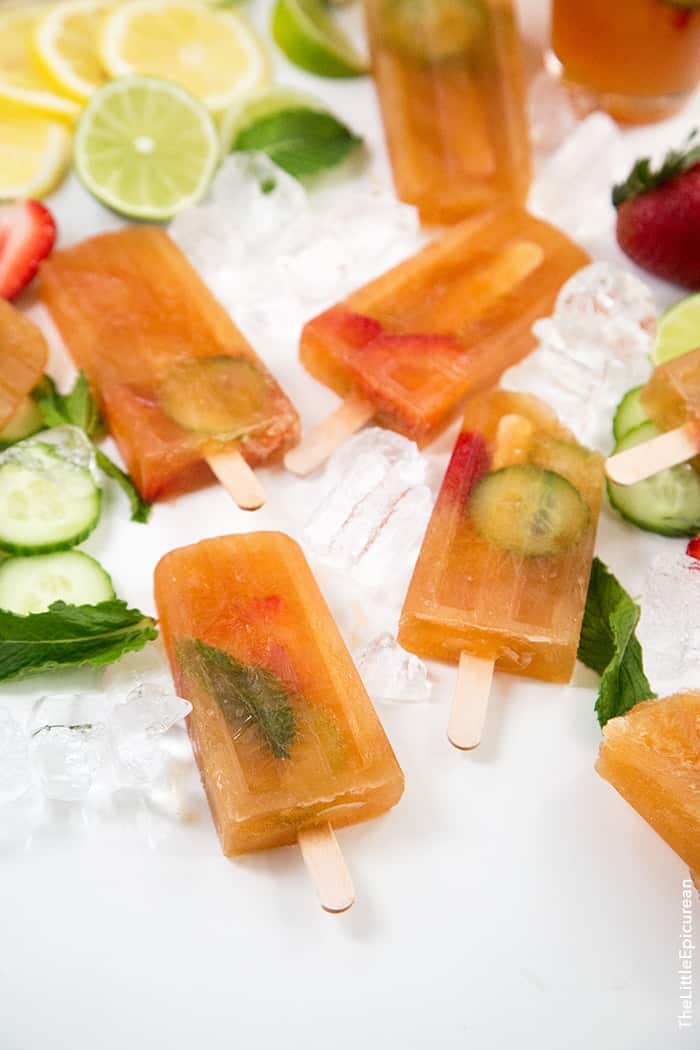 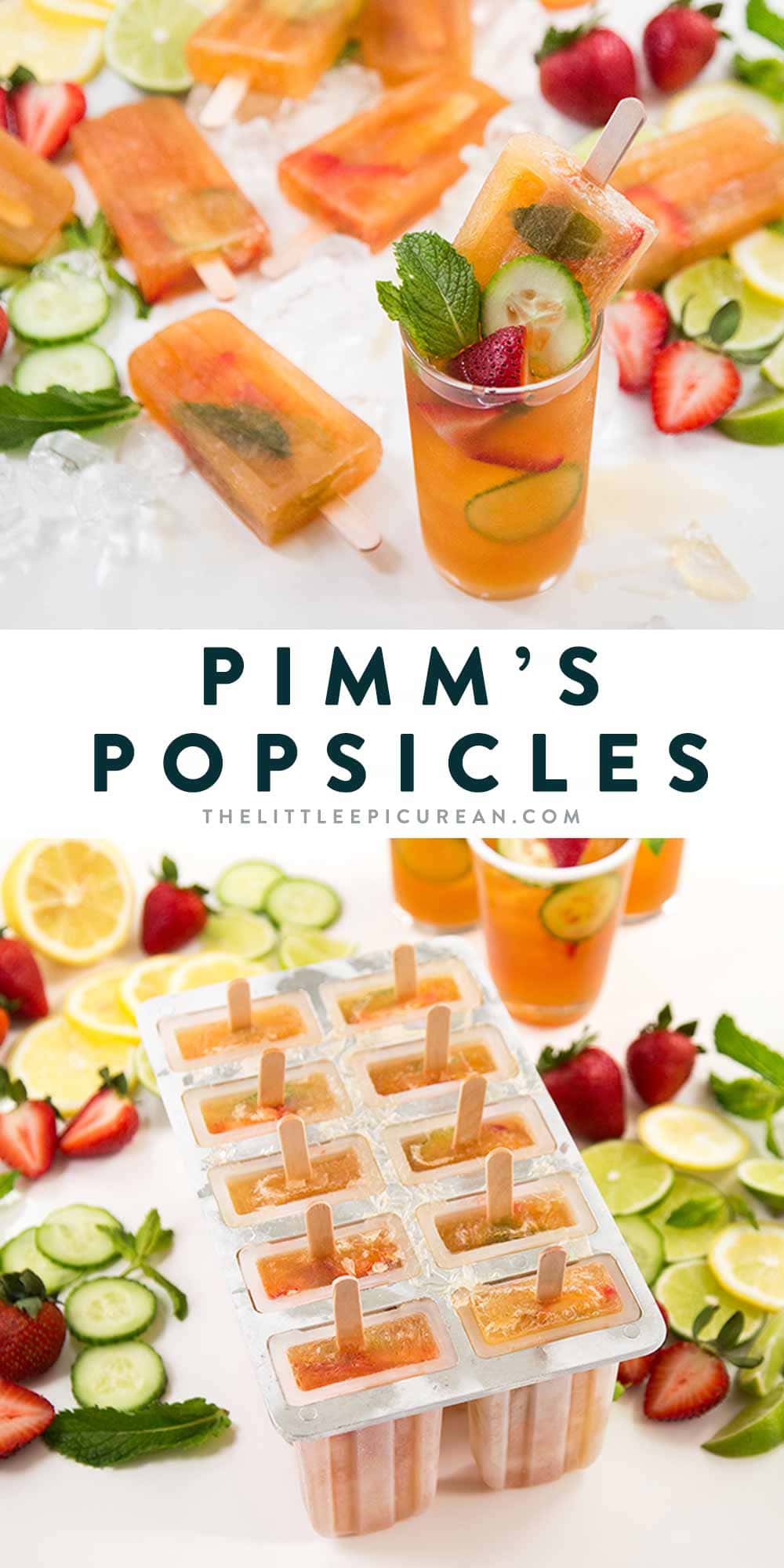 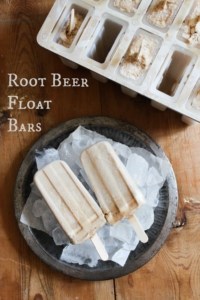 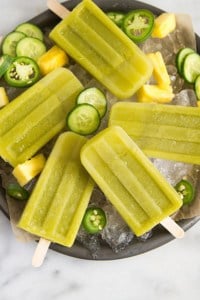 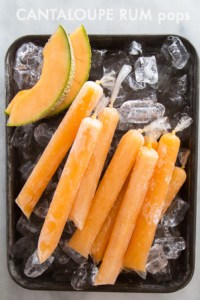 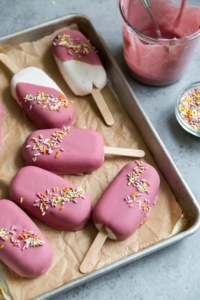