These Mint Oreo Brownies are rich, luscious, and such a chocolatey treat!

These brownies should come with a warning label.  Actually, anything with Oreos should have a proceed with caution sign.   Oreos are already addicting on their own.  Obviously when you add them to brownies, you’re just asking for trouble.

These mint Oreo brownies are so dangerous that I made Alex take them to work.  I couldn’t have them laying around the house. 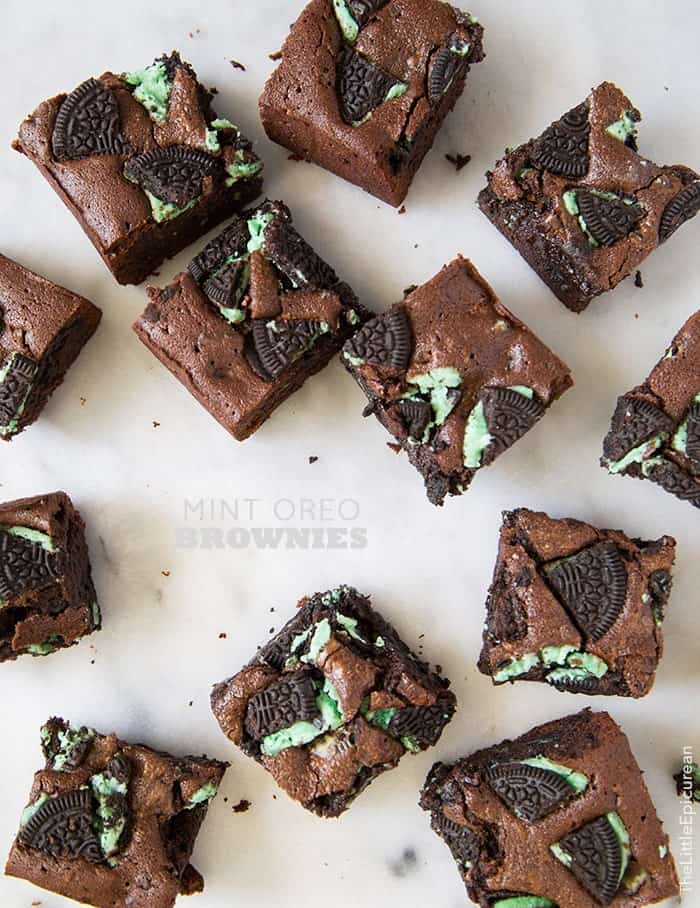 One of my biggest pet peeves when making brownies is the struggle of removing brownies from the pan.  When I was a kid making boxed brownies, I’d often bake them in whatever oven safe dish I could find at home.

This meant using one of my mom’s glass casserole dishes.  No matter how much I’d grease the dish, it would be such a pain trying to cleanly unmold the brownies.

Out of frustration (and brownie hunger), I would just cut out the middle and sacrifice the brownie edges (the edges could be scooped out with spoon later).

Fast forward many years and a hundred brownies later, and now I’m super well-versed in brownie removable techniques and the many, many, many uses of parchment paper.

How to easily unmold brownies:

Parchment paper is a baker’s best friend!  For super easy brownie removal,  line the baking pan with two layers parchment paper (one going horizontal and the other, vertical).  Allow for an overhang on all four sides.

Once you’re ready to unmold, simply lift the brownies using the parchment overhang.  No mess, no stress, no trouble! 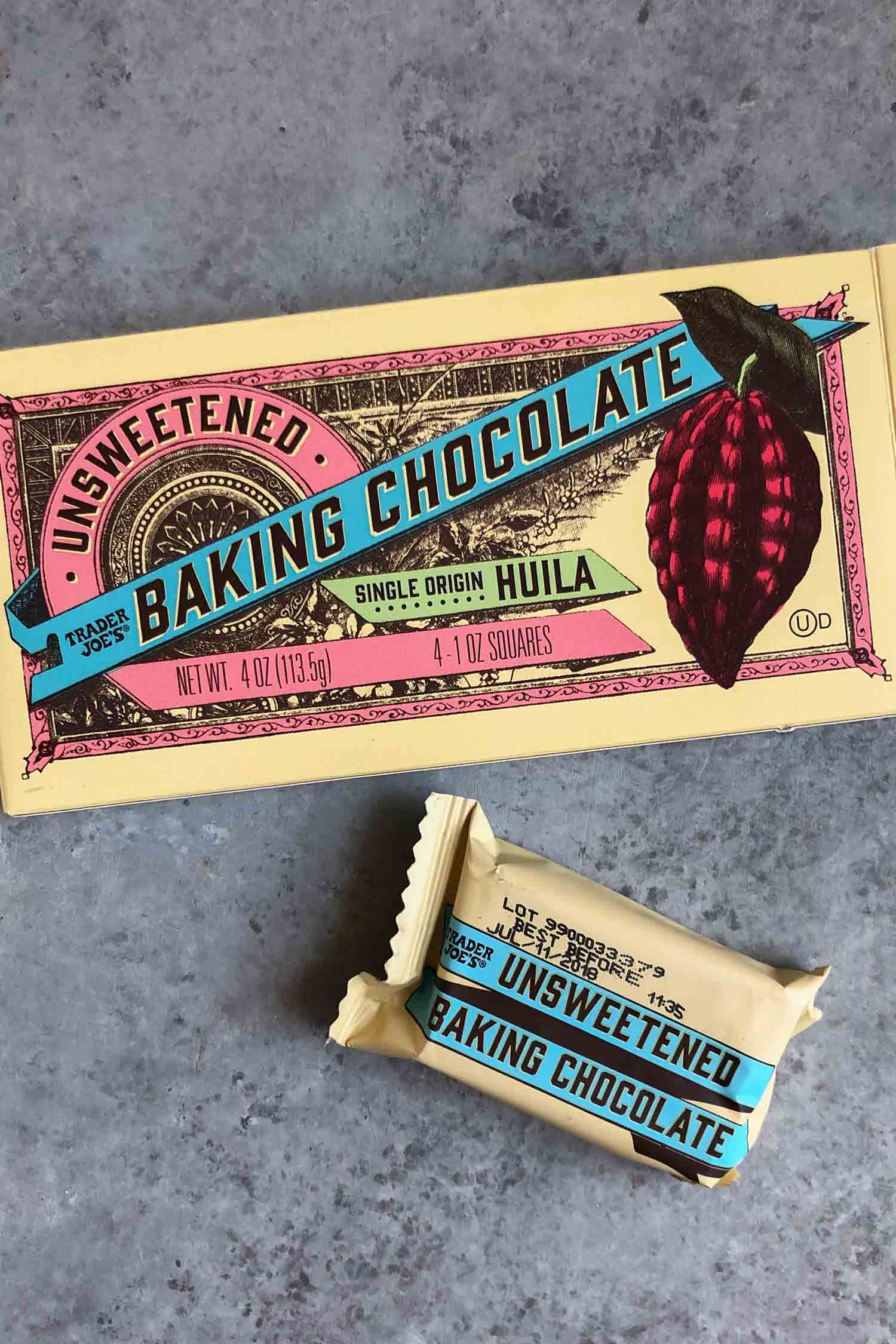 What is unsweetened chocolate?

Unsweetened chocolate is also labeled as unsweetened baking chocolate. It is 100% cocoa mass. As such, it is not very pleasant to eat on its own.

Unsweetened chocolate does not have any added sugar or flavorings. It is best suited for baking. It is most popularly used for German Chocolate Cake. 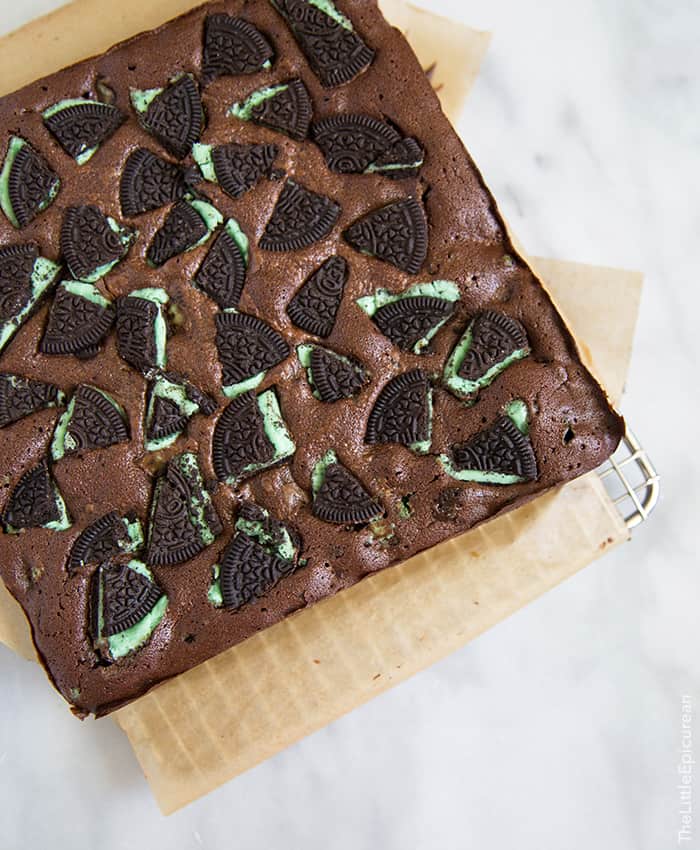 These mint Oreo brownies are fudge-like yet crumbly.  The brownie batter isn’t very sweet. However, if you’re an extreme chocoholic, I suggest adding some chocolate chips into the batter for a nice surprise.

These brownies are best served with a huge glass of milk.  They’re so rich and intense that you should only have one slice, but you’ll want to reach for another and another… until they’re all gone! 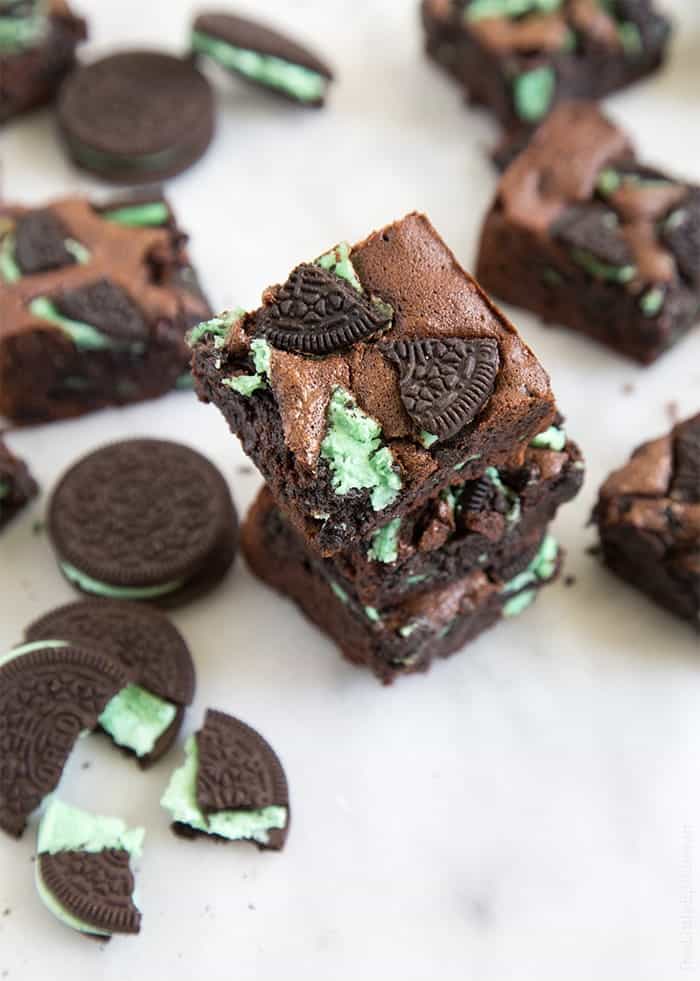 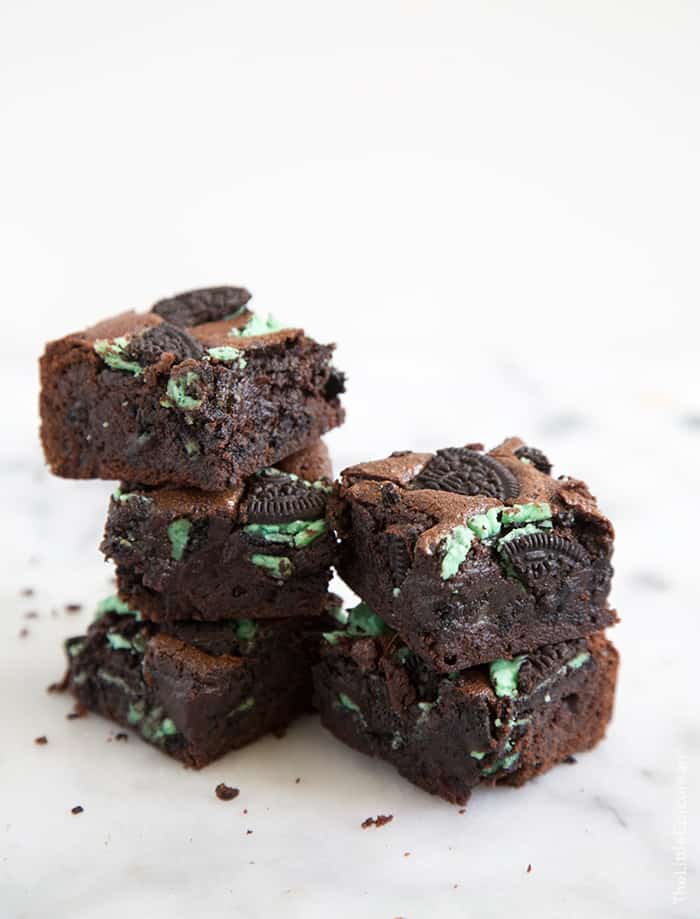