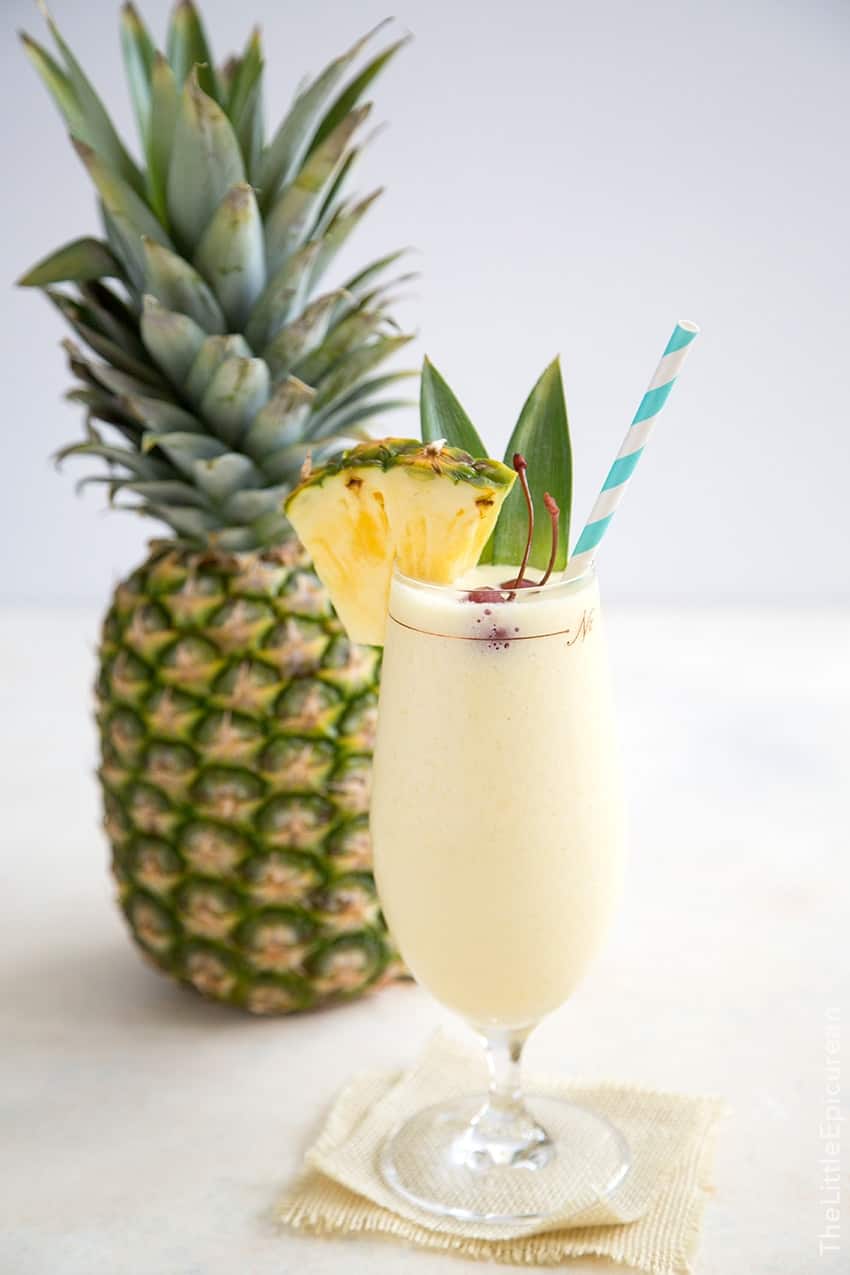 I’m squeezing this coconut ice cream for all it’s worth. Similar to how I try to purchase items that serve multiple purposes, I like to make foods that can be used in different applications.

Coconut ice cream on its own is fabulous. It’s even better made into a coconut sundae cone. Today we’re exploring another way to use up those tasty scoops- frozen pina colada! 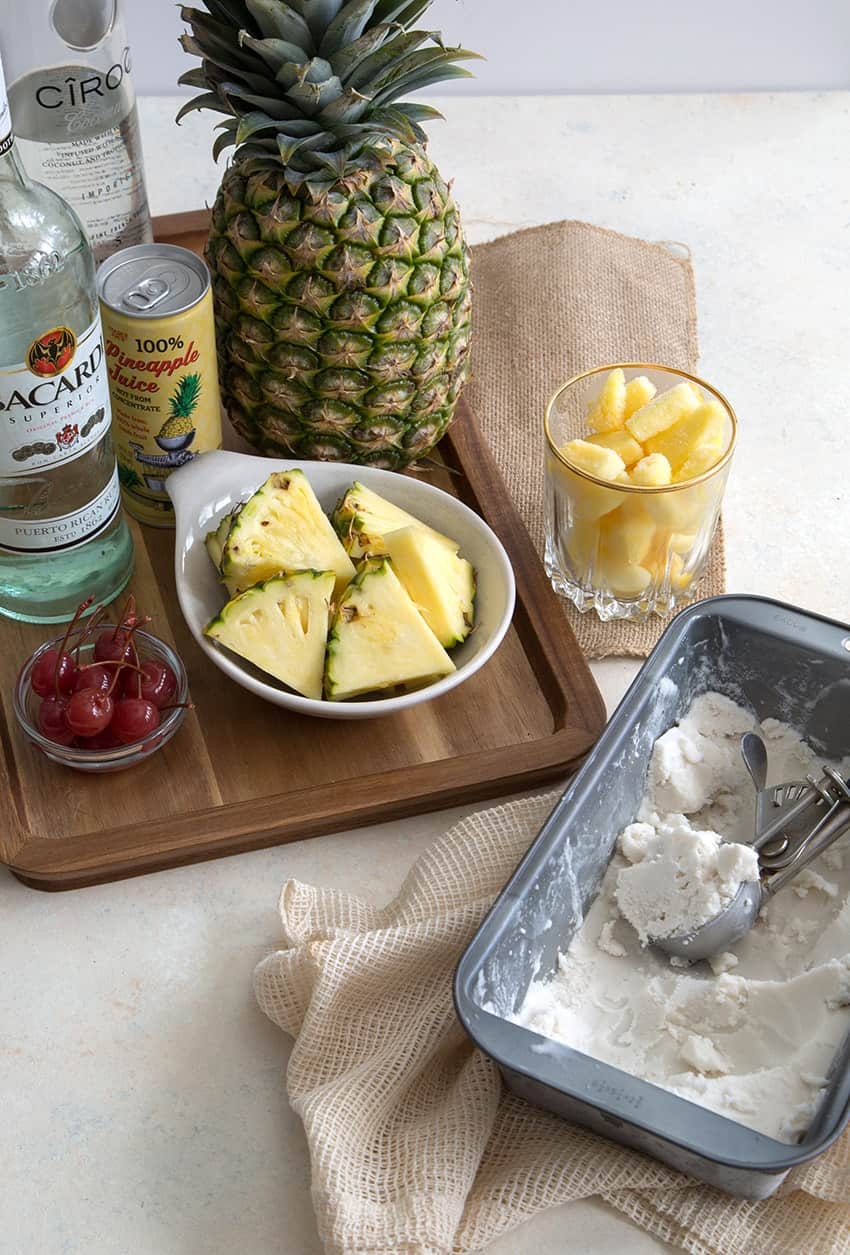 Instead of coconut cream, let us up the ante with coconut ice cream! It adds the same flavors with the addition of the frozen silkiness of ice cream.

Since I’m not fond of adding ice to blended drinks (I hate the way ice dilutes the mixture), I used frozen pineapple chunks.

White rum works best for the recipe to keep the pina colada’s creamy color. If you choose to use dark rum (aged rum), the resulting drink will be a little darker in color.

But by far my most untraditional choice- the use of coconut flavored vodka.

It doesn’t smell anything like the usual rubbing alcohol vodka I’ve come to associate. This one is pleasantly fragrant. It has the alluring notes of coconut with just a hint of pineapple sweetness. It’s a great addition to any tropical inspired drink. 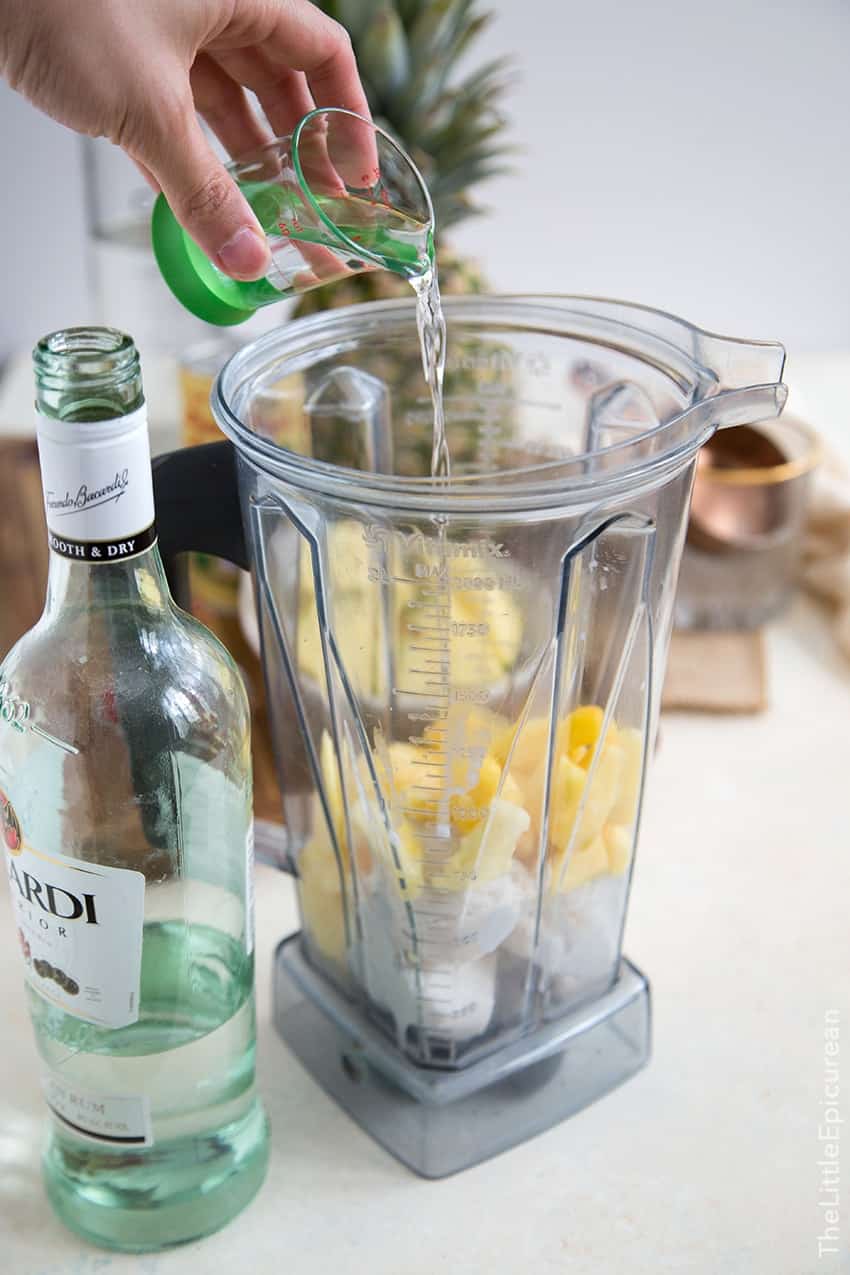 Don’t you love cocktail recipes that only have one step? I DO. This frozen pina colada is one of them.

Simply put everything into a powerful blender and poof! You’ve got one tasty summer beverage.

If you’d like to simplify the process even more, it’s totally fine to use store-bought coconut ice cream. 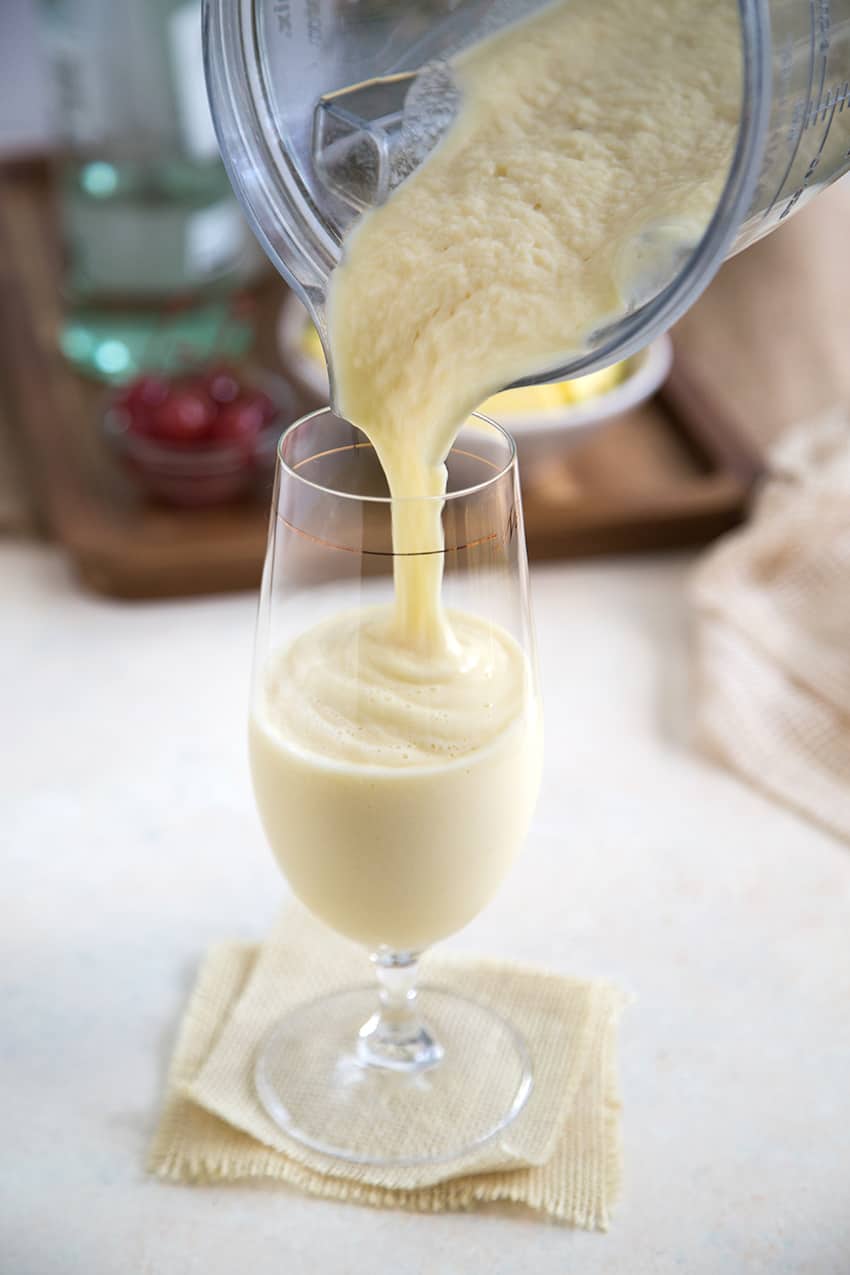 This pina colada will definitely be thick, rich, and creamy. I call it an adult milkshake. That being said, I consider this frozen cocktail to be more of a dessert. While I’d love a second serving, one glass of this decadent stuff is more than enough.

How to make a non-alcoholic pina colada?

For my pregnant friends and non-drinking buddies, a virgin version is totally easy to make.

Substitute coconut water in place of the light rum and coconut vodka. For a richer drink, use coconut milk instead. 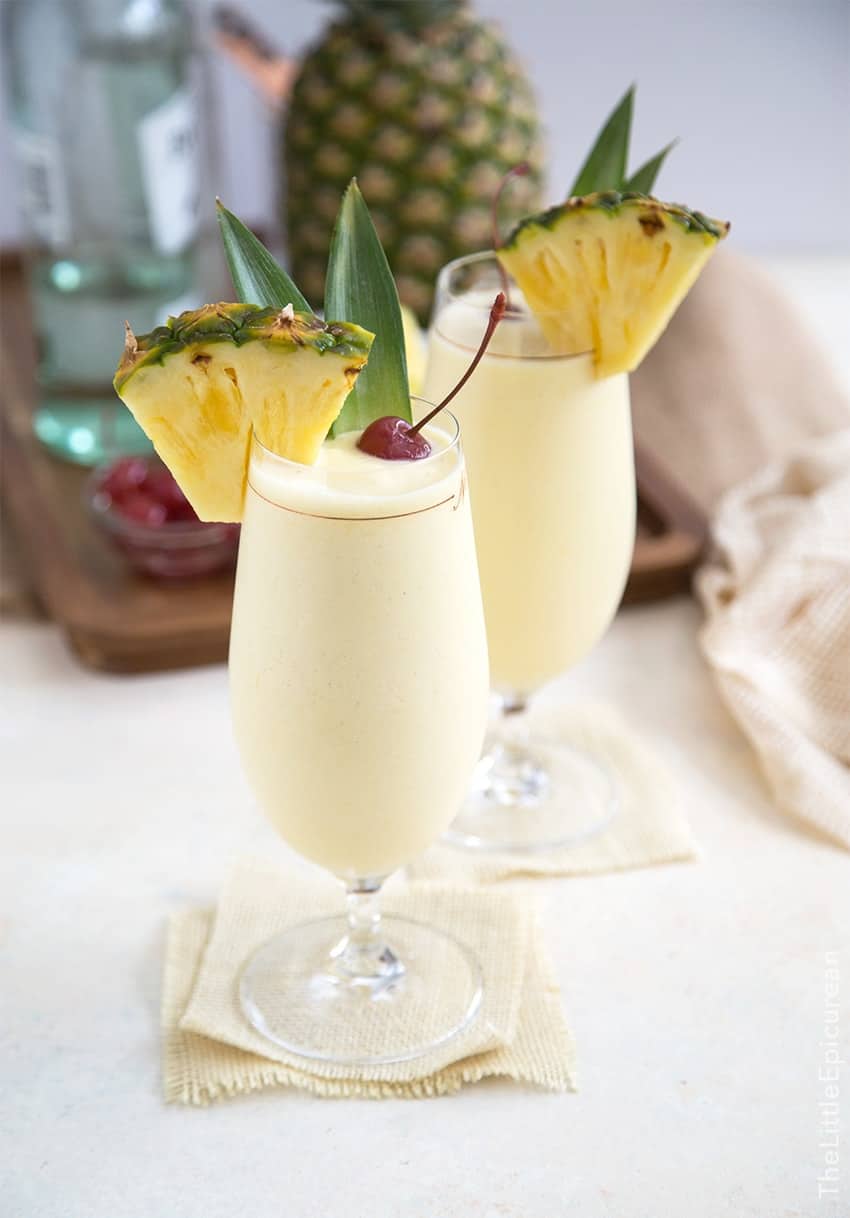 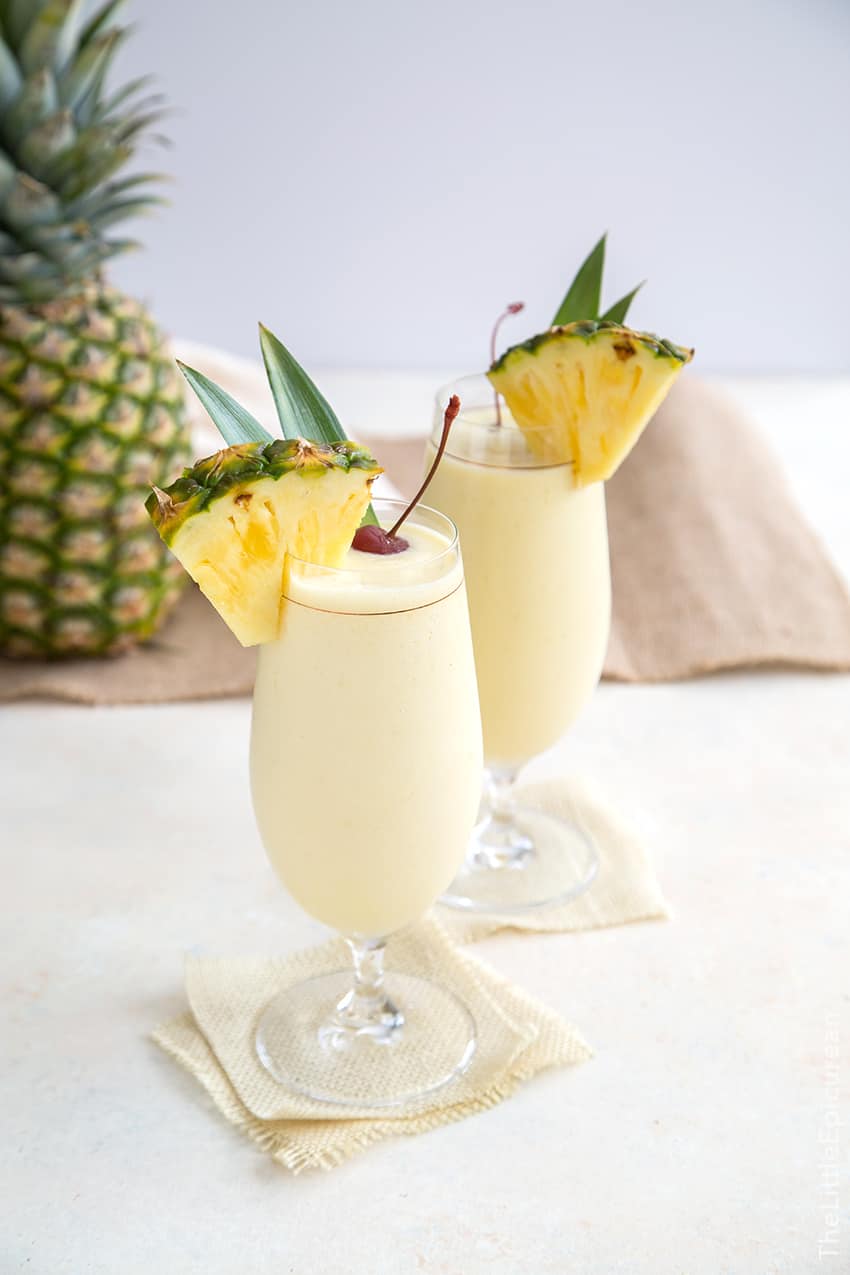